Challengers can read it and weep, because US Senator John Thune has turned in his most recent FEC Report. And it indicates a fairly steep hill to climb for anyone who thinks they can knock him off the mountain.

Only 46% of Middle Schoolers are Back in School In-Person

“While South Dakota schools have been open in-person, there are thousands of children throughout the country that have not been given this same opportunity to learn in a traditional classroom setting,” said Johnson. “The number of children unaccounted for in schools is beyond unsettling and continued school closures risk the futures of our nation’s most vulnerable students. The KIDS Success Act would collect critical data of the effects of school closures on students across the country while the districts continued to receive billions in federal funding.

“The CDC has made it clear: it’s safe for kids to return to the classroom in-person and Congress has provided the resources to make it happen, it’s past time schools reopen.”

Currently, the Department of Education stated there is not enough data to understand the status of school reopening’s and how students have been learning nationwide during the COVID-19 pandemic. The KIDS Success would:

“As Governor of South Dakota, I trusted President Trump when it came to immigration. He secured our border, fixed the refugee program and kept out bad actors.

President Biden has destroyed all of that progress. He has opened our border, released illegals throughout our country and illegals – including known terrorists – are pouring across our border.

For that reason – If you are trying to enter our country illegally, call me when you’re an American, because South Dakota will not be be taking in refugees from the Biden Administration.” 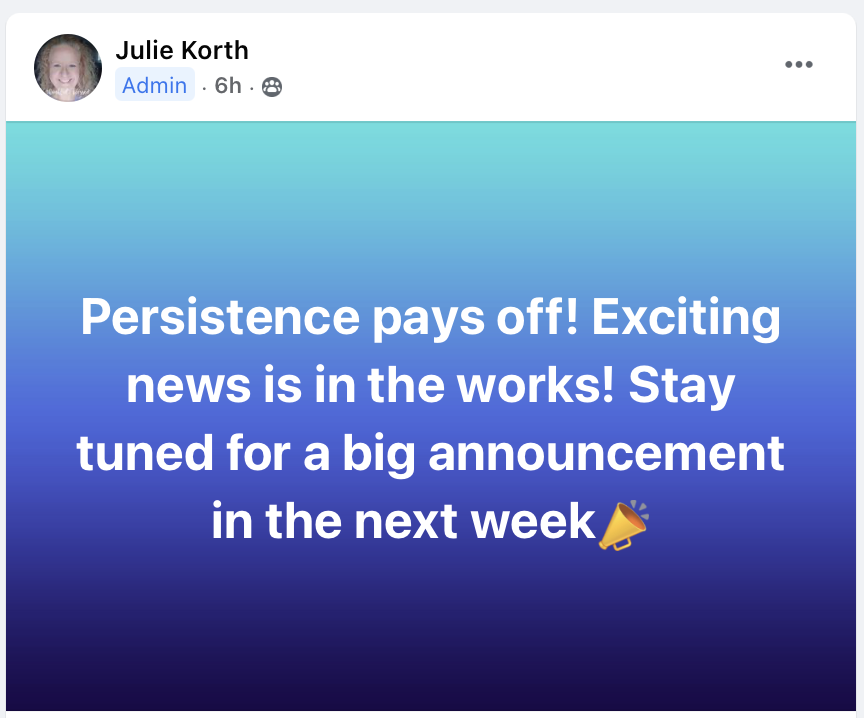 This comes just a few hours after the group’s leader faced her latest challenge –  the existential threat posed to their existence by my rundown of who is running in the next election. 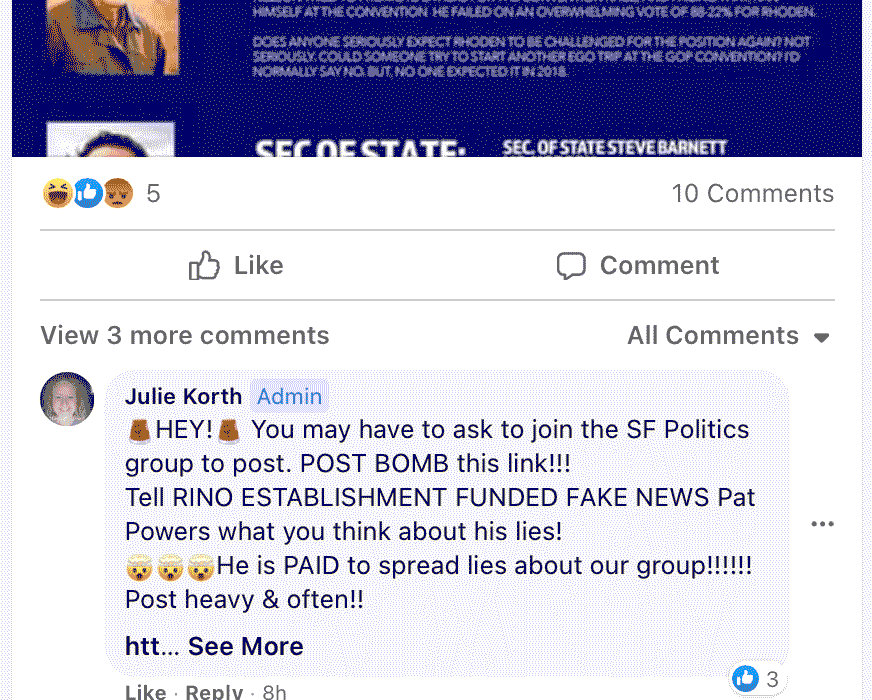 While they haven’t done anything in response to that threat, between posts and comments in their group, their followers did post 9-10 memes they copied from other facebook pages.

Why do I have the feeling this group’s “big announcement” is going to be anything but?

It must be pick on Randy Seiler day, as after I wrote on him earlier, I caught the bottom quote from the chairman of the South Dakota Democrat Party this afternoon.

“SDDP Chair Randy Seiler, who took over after party leadership resigned in October 2019, said he’s “happy and encouraged and optimistic” about the party’s current situation.”

“Republicans gained a total of five seats in the state Legislature all together: two seats in the senate, and three in the house. That means they’ll send 94 GOP lawmakers to Pierre come January.

In contrast, the Democrats will have just 11 members voting at the capitol during the next session, with eight members in the House and three in the senate.”

Now, we’re being told the following….

“Party chairman Randy Seiler said he is optimistic the Democrats can compete in numerous races.”

While Chairman Seiler is still optimistic.. It doesn’t sound like he’s still happy and encouraged.

But, if that kind of optimism produces a loss of 5 legislative seats – I suspect Republicans will be all for it!

Thune: Nothing Compassionate about Border Policies that Encourage Dangerous Journeys and Human Trafficking

Click here or on the picture above to watch the video.

WASHINGTON — U.S. Sen. John Thune (R-S.D.) today discussed his recent trip to the southern border to get a firsthand look at the ongoing humanitarian and security crisis. Thune expressed the severity of the current state at the border and urged the president to take action. He emphasized the need for immigration policy reform to protect the children at the border and the Americans who have been endangered by the Biden administration’s policies.

Democrat Party State Chair Randy Seiler had a bad night last evening, as he was defeated for a Ft. Pierre City Council seat.

Seiler, who had served on the Council before was challenging Rick Cronin for the Ward III seat vacated by Mike Weisgram who is now in the State Legislature.   According to reports, Seiler was defeated 70-67.

So.. the Democrat’s State Party Chairman, and was last a statewide candidate for Attorney General couldn’t win a City Council race among 150 people in his neighborhood?

(Maybe he should have attended a Republican campaign school?)

Thune: Biden Court-Packing Commission Lays the Foundation for Democrat Power-Grab
“Democrats want power. They want to be able to impose the policies they want, when they want them.”

Click here or on the picture above to watch the video.

WASHINGTON — U.S. Sen. John Thune (R-S.D.) today discussed his disappointment in President Biden for establishing a court-packing commission to examine the far-left’s proposal to pack the Supreme Court with Democratic judges. Thune expressed that court-packing would undermine a fundamental part of our system of government and discussed that it is solely a power-grab attempt by Democrats.