Another candidate has jumped on the political stage. Brad Lindwurm, South Dakota State Director for the Texas based pro-life group 40 Days for Life has announced his candidacy for District 14 House: 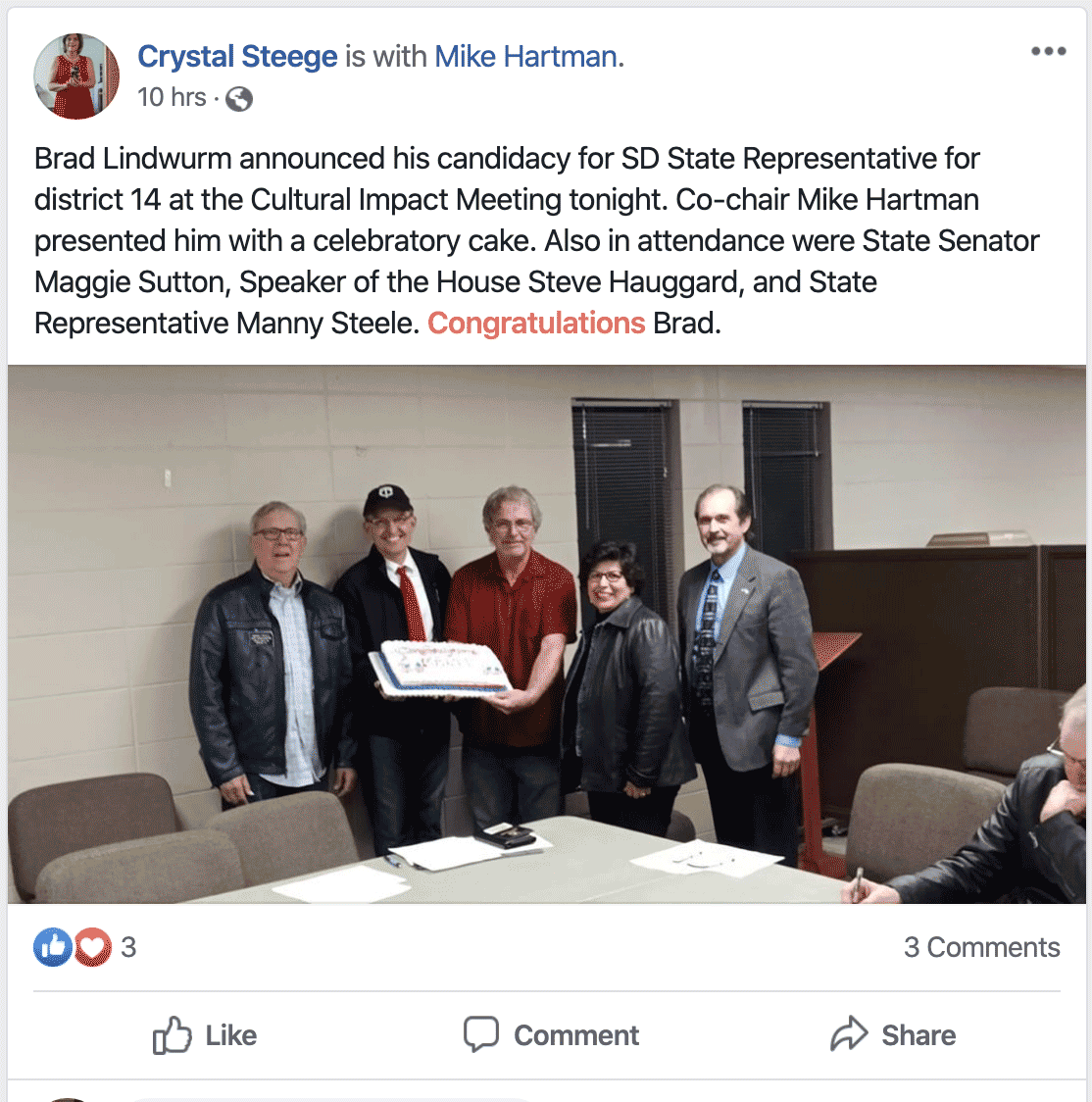 Lindwurm is running for one of the two House seats in that District, currently held by Larry Zikmund (who is running for Senate in 2020), and Democrat Erin Healy.

Republican Tyler Swanger has already indicated his candidacy for the race, and word is former State Representative Tom Holmes who lost to Healy also has an interest. And there are rumors of others possibly jumping in the contest as well.

Do NOT follow this link or you will be banned from the site!