Just a passing thought I had when seeing things run past me on the computer. 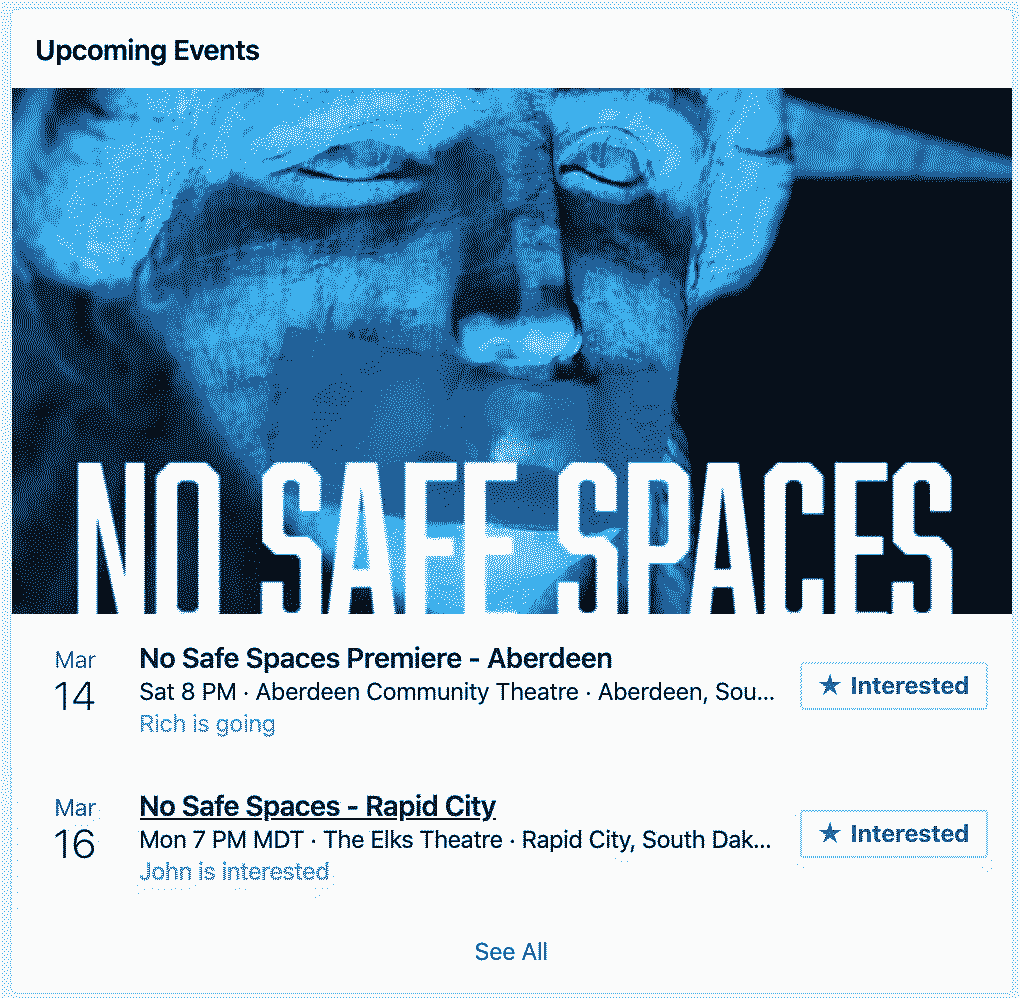 Liz May is encouraging groups of people to gather together in confined spaces. Which have probably not been disinfected between movies.. if ever.

So I had this newspaper article pop up his morning, with a blaring headline..

..followed by the article that appeared in the Black Hills Pioneer:

In looking, I realize it’s the same article that came out a week ago, it’s just taking a bit to hit the papers. But as I read it, I get the same thought every single time.   If May is going to claim that “18 former/current South Dakota State Legislators formally endorsed” May’s candidacy..  why aren’t they saying who those “key endorsements” are?

Is the Liz May campaign frightened support will dry up if these names are disclosed?  Or is the support from the mysterious 18 contingent upon her actually being able to run. These current/former legislators could be saying just keep my name out of it if you can’t get on the ballot…

I guess we’ll just have to wait and see..

(48 days until petitions are due!)

Now that I’ve hit middle age, I see this and think “I just found the ultimate piece of South Dakota campaign technology…”

Where was this when I was out pounding those darn campaign fenceposts?  Now I need to find 4×8’s that don’t take off like a sail in the wind when you pull them off the back of a pickup!

(They start about $268 on Walmart for all you candidates with statewide races.)

From the fall of the county prosecutor to pet names? That’s a bit of a tumble in story quality at the Argus.

I’m not sure what’s worse. That it’s a top of the website story… or that it took both of them to write it.  🙂

After she went on a rant earlier demanding people not donate to SD Republicans because people are out stealing organs for the black market, Constitution Party-wrecker Lora Hubbel came up with new invective to hurl earlier today:

Well supposedly the same source telling her these things is also claiming that Lora tapes the Rachel Maddow show on MSNBC because she doesn’t want to miss one second of it.  And her mom wears army boots.

Or it all could be a bunch of made up silliness.

I’ll leave that to you to judge.

For those of you who don’t appreciate the genuine Trump straws from the 2020 presidential campaign, and how they can draw freedom to your lips, I have my other recent acquisition from the 2020 Presidential Campaigns for my collection this year… 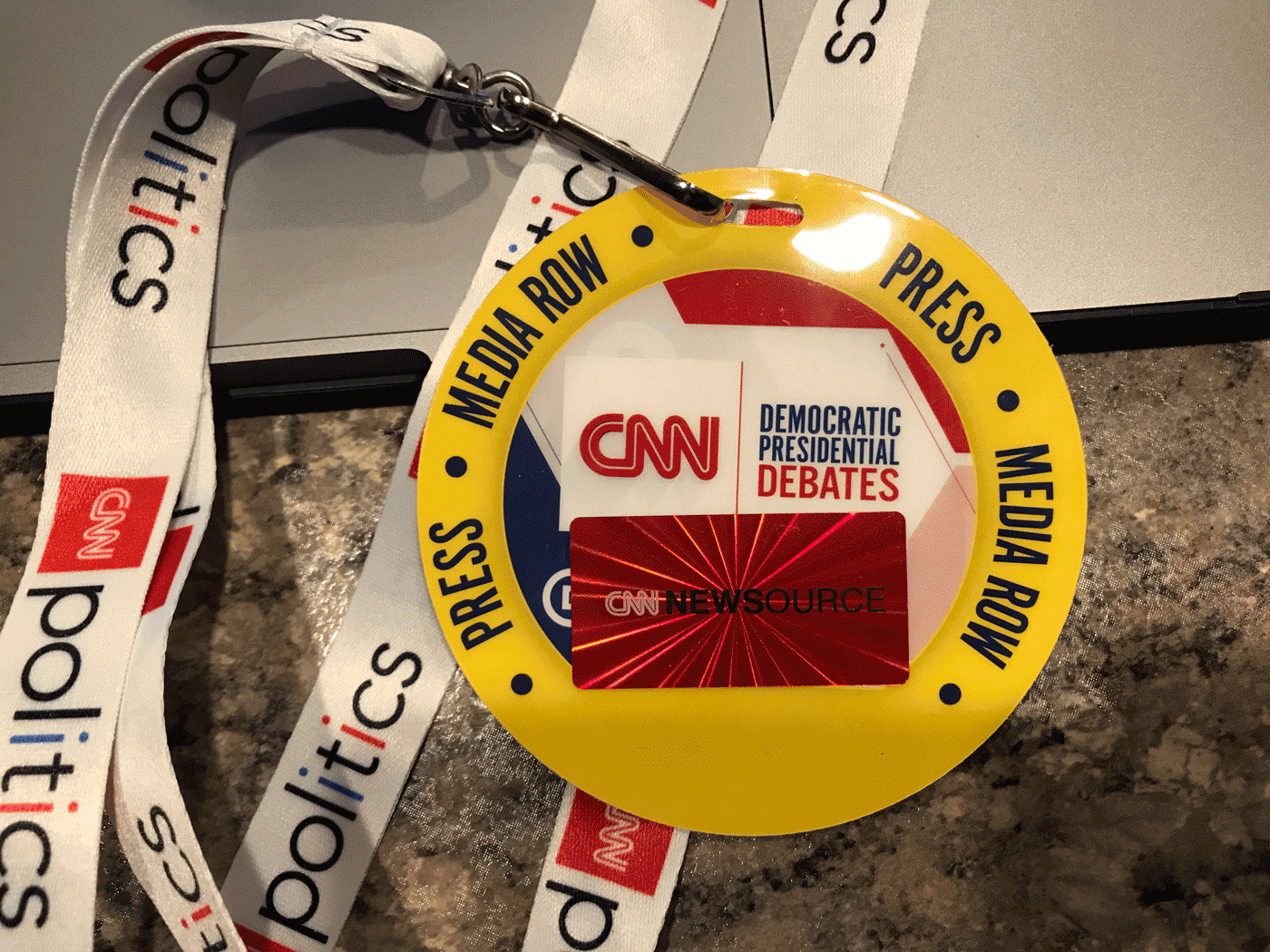 I’ve got the genuine press credentials you can use to join CNN in Media Row with the rest of the Liberals (from the 2020 Presidential Debates, Fox Theatre, Detroit Michigan, July 30-31, 2019).

That’s funny… Every beverage tastes like freedom all of a sudden.. 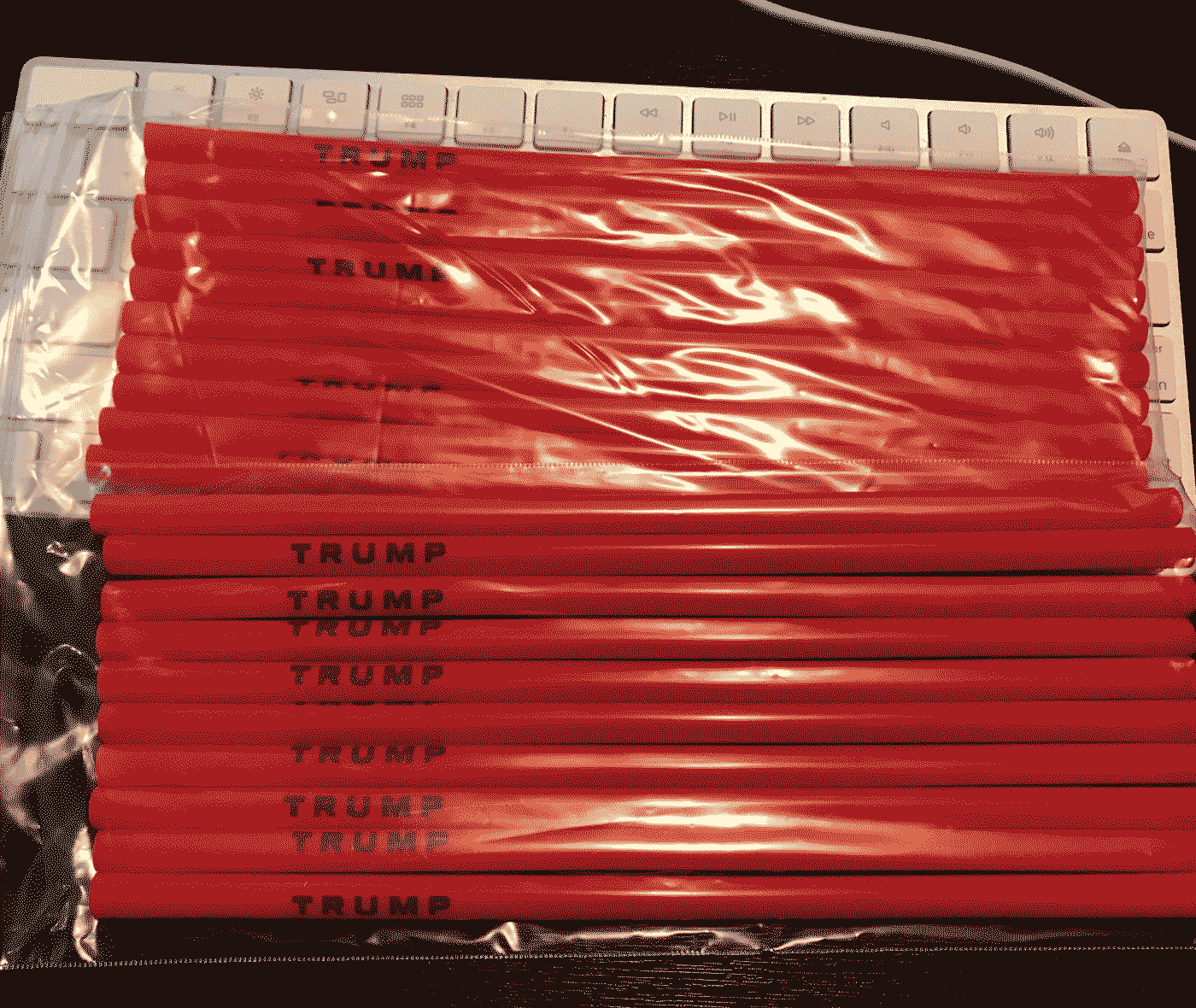 In Marty’s campaign video below, I couldn’t help but notice his shirt….  Where have I seen that before?

Congresswoman Noem wore it in her 2010 Congressional video:

It’s plaid deja vu.   But in the midst of the plaid battle, Marty threw us a curveball..

He’s got a horse now, but switched up the pattern to blue…

This might be the battle of the plaid campaign. Stay tuned for more clashes of the tartan cloth!

Update: I felt bad, because I couldn’t find any photos of GOP Gubernatorial candidate Lora Hubbel wearing plaid in a campaign setting. And she’s probably not a plaid person.

So I thought I’d be a helper, and I mocked up what I thought might be the best way for Lora to express her views on the campaign trail in plaid:

Hm… I’ll have to see if it comes in red.

Hey! Good news for Democrats!  The Pierre Library has just announced an activity program designed for them while they’re here for the legislative session!

The club, part of the adult programming at Rawlins Municipal Library, will hold its first meeting on Saturday, November 14th. The meeting will start at 10:30 a.m. in the Rawlins Library Community Room. Anyone 18 or older is welcome to participate.

The library will provide markers and colored pencils, as well as coloring sheets designed especially for adults.

Participants can expect the coloring sheet designs to include things like abstract shapes, botanicals, animals and paisleys.

According to the latest at American Clarion, I guess some of us might need to add “dually” tires to our full-size pickups, spit more tobacco, and make more fart jokes. Because BY GOSH THE REPUBLICAN PARTY ISN’T MANLY ENOUGH FOR BOB ELLIS!:

I tried desperately (and in vain) to point this out in 2014 during the U.S. Senate race in South Dakota last year.

And some people wonder why I am no longer seen in “Republican” and “pro-family” circles and events anymore. (The smell of urine is overwhelming)

I desperately hope the people of the United States are much wiser with their choice of presidential candidates than the gutless excuse for “conservatives” and “Republicans” in South Dakota have been.

(Uh oh. Bob must have seen my ill-fated attempts to kill the fly pestering me at my desk while I’m trying to work today. Dammit. I wasn’t manly enough to take that sucker down. )

Between Bob’s comments today, his Rambo Jesus versus Wuss Christ declarations, and his endless obsession over gay sex, I’m just wondering how wimpified all the rest of you pasty man-boy Republicans have become to lose his support like this! Candidates – If you want his support in the 2016 election, you all had better get to working out to build those muscles, so Bob can see the pictures of you all manly & bulky and oiled up! (Thongs optional when you send those to Bob, BTW).

Seriously though, I can hardly stop laughing over the silliness of it all.  Have the Gordon Howie lapdogs like Bob Ellis just lost all connection with reality and polite society?  Between Bob Ellis talking about people being wussy, and Lora Hubbel talking about politicians needing “bigger balls,” I’ve kind of lost track of what grade we’re all supposed to be in.

But if that going to be your position, why do they continue to rail on about it? Shouldn’t they by like the magic princess in “Frozen” (..which having a young daughter, I’ve seen far too many times), and just “Let it go.”  Of course, having mentioned that, I’m sure I’ll be told I’m introducing my kids to demons, since in the movie she has magic powers.

The point is that no one is forced to participate in Republican politics. Nope. Not at all. If a person wants to, they’re very welcome to. But don’t expect to be sat at the table when you spend your time calling people names like a 2nd grader. You’re far more likely to be mocked, and no one is going to want to play with you. Or take anything you say seriously.

There are a lot of Republicans at the grassroots who actually do drive the debate, and the direction of the party in remaining true to conservative roots. They do it every day in their communities, and as part of something bigger at the state level. But those who spend their time calling everyone names? Not so much.

They’re purely there for entertainment purposes only.