From my e-mail. So this apparently went out at end of business today, as Sioux Falls City Councilwoman Theresa Stehly is trying to get more people to pay attention to her. Because, as noted before, it’s all about Theresa:

What: A motion to assist citizens in the recent September 10th storm event.
When: Tuesday City Council Meeting on September 17th, 7:00 PM.
Who: Councilors Theresa Stehly and Pat Starr.
Why: We are bringing this action  forward in response to the magnitude of concerns that we have received from citizens, concerning the City clean up efforts. This motion will be voted on as a  new business item.

“Motion to strongly recommend to the Mayor that he direct city employees and city contractors to begin immediately picking up all residential debris, free of charge, in the curbside boulevard areas that resulted from the Tuesday, Sept. 10, 2019 weather event.”

Theresa making it all about herself isn’t necessarily sitting well with her colleagues, as noted by this post by Sioux Falls City Councilman Greg Neitzert which followed shortly after: 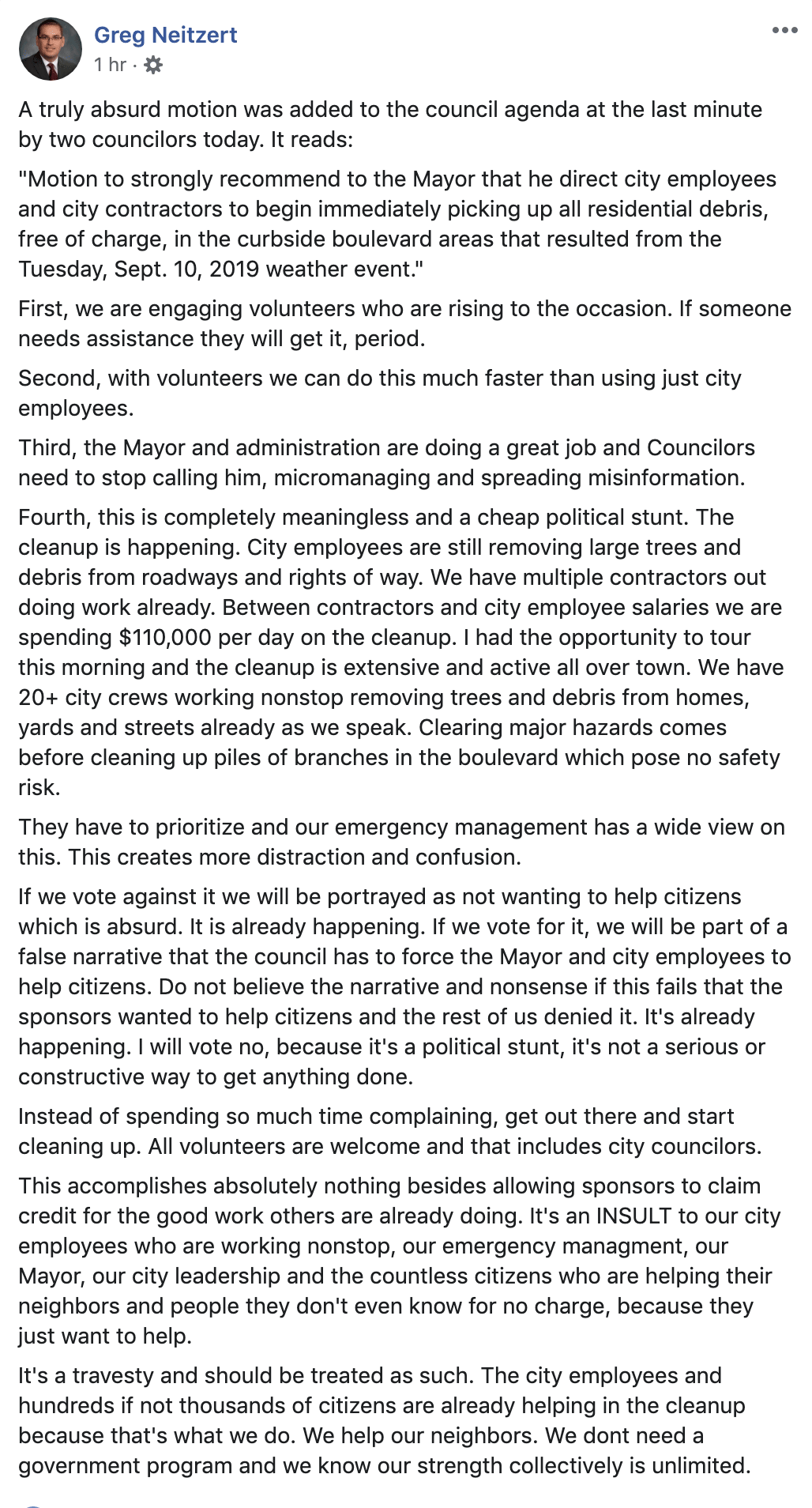 What do you think?

27 Replies to “Councilwoman Stehly still grandstanding. And a fellow council member calls her on it”