Coming as the second story in 2 weeks about Democrat Minnehaha County Treasurer candidate Patrick Starr – as KELOland goes ridiculously out of their way to promote him – they have a new story tonight which might be appropriate for Halloween. Or April fools, depending on what you think. Because the story is all about how Democrat Starr is harboring an irrational fear.

A fear where he claims people are “scared of Governor Noem.”

Tuesday morning on Facebook in response to a question about why a mask mandate isn’t taking place, Sioux Falls City Councilor Pat Starr wrote “we are scared of the governor.” This afternoon he told KELOLAND News stands by that and clarified that by “we” he means city government overall.

Starr’s fellow city councilor Marshall Selberg says he isn’t yet convinced of the need for a mask mandate. But he does support wearing them.

“I know it’s a broken record, but again that’s a part of it. stay vigilant, wear your masks, keep your distance,” Selberg said.

But on the point of being scared of the governor, he strongly disagrees with Starr.

I had spoken with another Sioux Falls City Councilor today.. who commented that they weren’t sure “who WE is,” reflecting the fact that they’re not scared of Governor Noem, so they’re not sure what he’s talking about. So there’s two who don’t have the same Halloween fright. In fact, I’m quite sure I could reach out to at least 2 or 3 more of the people on that council and find out the same thing.

So… maybe it’s just Starr who is scared of the Governor? Possibly because Governor Noem is not for bankrupting half the businesses in Sioux Falls, or in favor of government controlling every aspect of people’s lives?

But then again, it wouldn’t be the first time Patrick Starr has expressed some nutty liberal views that were out of touch with most residents of the Sioux Falls. 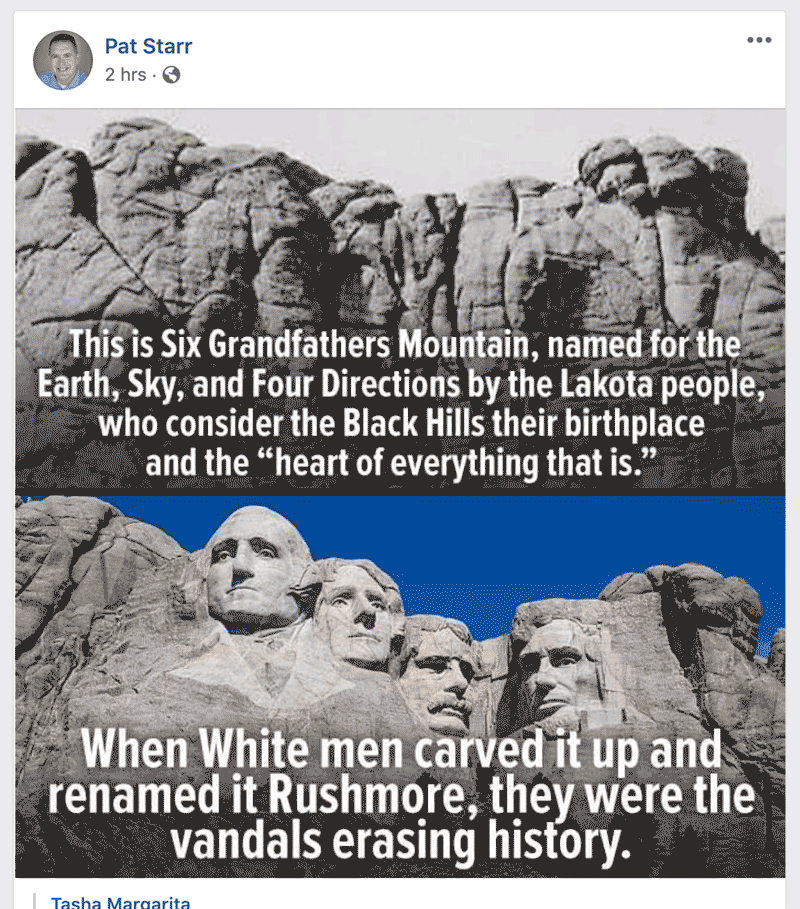 We can just add “scared of the Governor” to his list of goofy views, including “Mt. Rushmore is white man’s vandalism,”  and “penalize gun owners who are the victims of crime.”

(Seriously, some democrats need to be made of sterner stuff.)