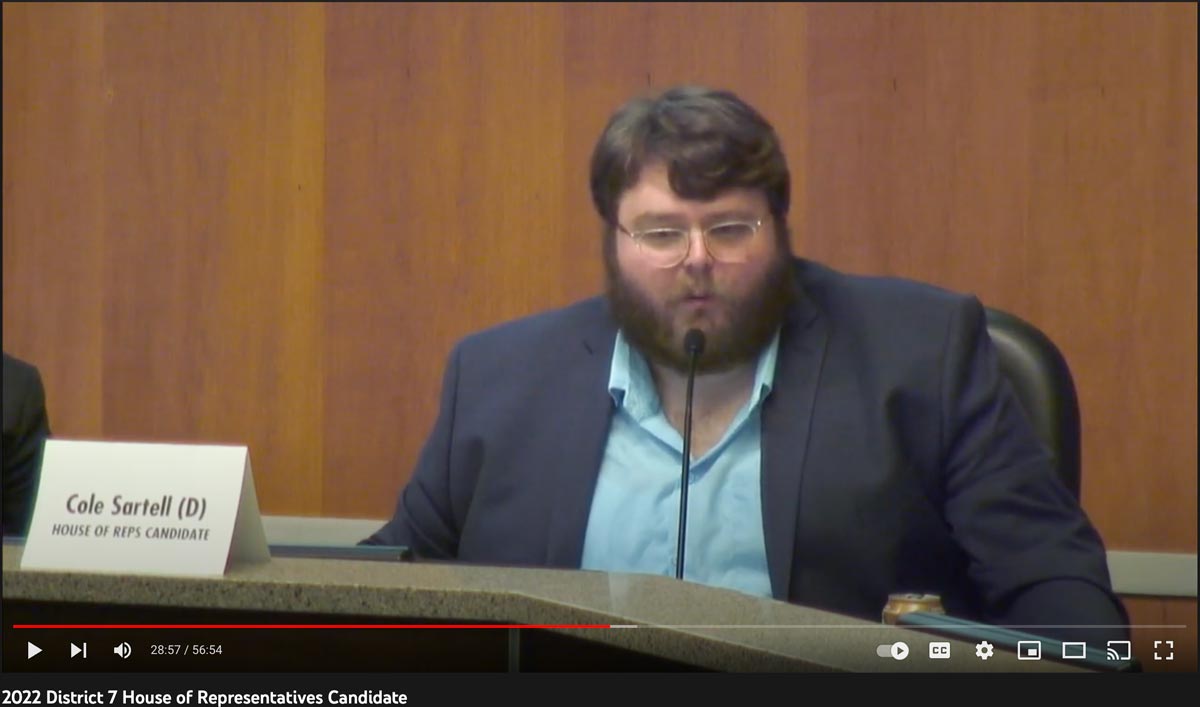 Candidate Sartell was instructing a legislative forum audience last night in reference to a discussion on the debate over abortion that “we don’t deserve the right to make a decision for an individual who can get pregnant.”  Which you can watch starting at about 28:00 minutes into the video here.

He follows his comment by mentioning in favor of his position on abortion that we didn’t go to medical school.