The District 14 State Senate race apparently changed this week, and not just a little.

State Representative Larry Zikmund had earlier announced his intention to run for the seat being vacated by term limited State Senator Deb Soholt. But according to a filing with the Secretary of State’s office, he’s not the only one interested.

Former South Dakota ELCA Bishop David Zellmer has filed paperwork with the Secretary of State on the 18th to enter the contest: 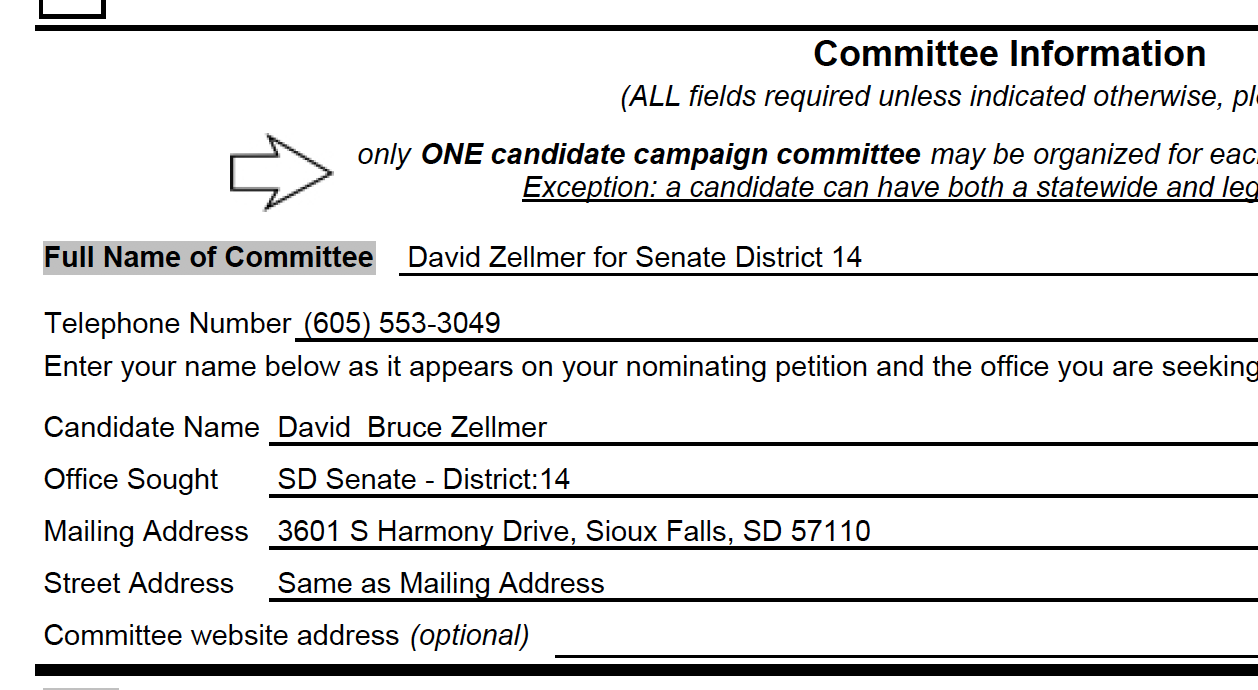 If Zikmund continues his intention to run, this could set up a significant GOP primary.

Zikmund is an experienced campaigner who has had his name on the ballot several times. However, Zellmer is well known, liked and will be able to draw on a broad base of considerable contacts statewide to move his candidacy forward.

And this may not be the only primary in that District, with a House race still shaping up with several interested parties.