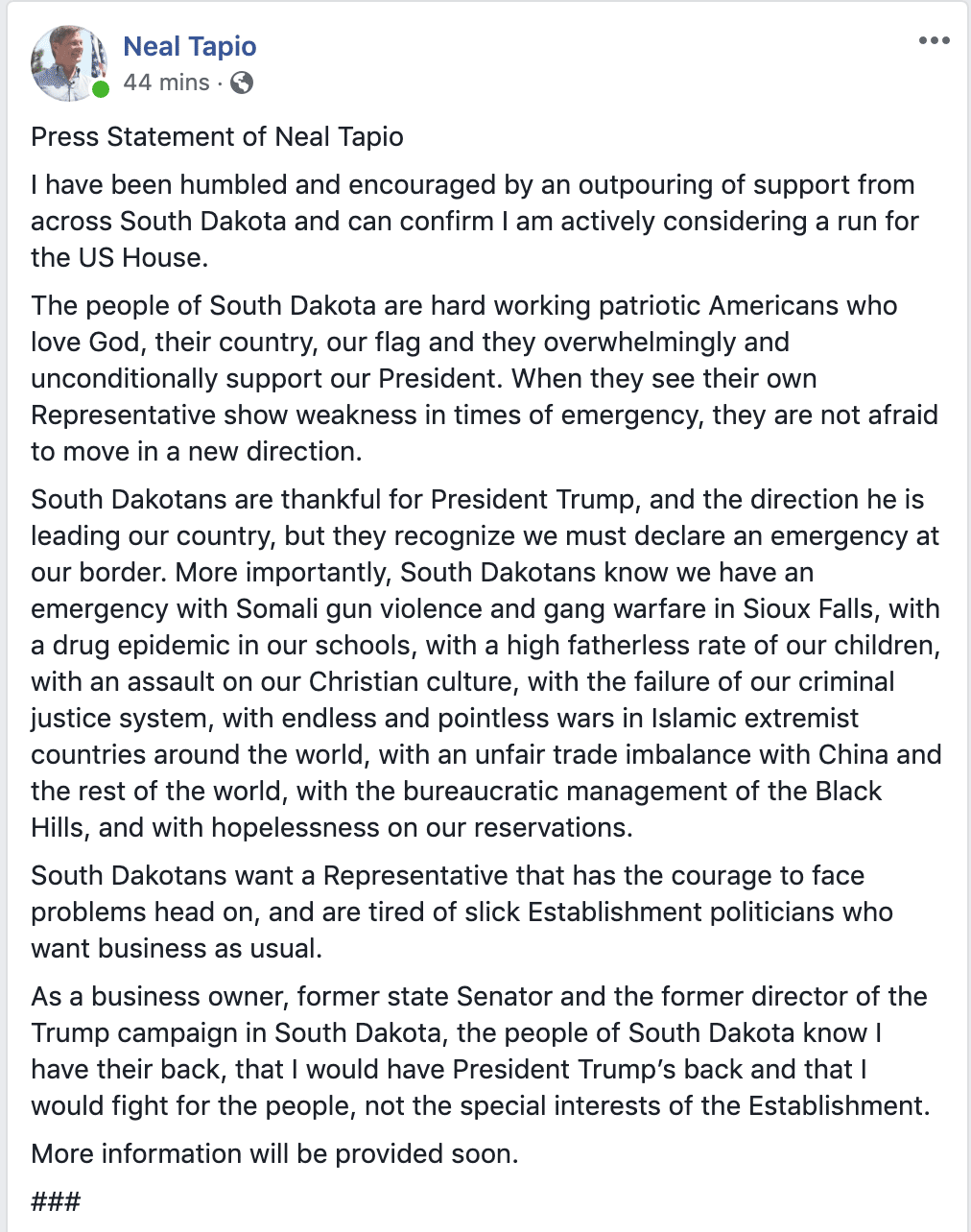 Apparently former State Senator Neal Tapio has moved to the point where he is “actively considering” a return match against Dusty Johnson, and noting that the issues he’s concerned about are..

South Dakotans know we have an emergency with Somali gun violence and gang warfare in Sioux Falls, with a drug epidemic in our schools, with a high fatherless rate of our children, with an assault on our Christian culture, with the failure of our criminal justice system, with endless and pointless wars in Islamic extremist countries around the world, with an unfair trade imbalance with China and the rest of the world, with the bureaucratic management of the Black Hills, and with hopelessness on our reservations.

While Neal is talking about Somali gun violence and gang warfare in Sioux Falls, and “actively considering” a run, in-between votes in Congress, Dusty Johnson is back in state and actively campaigning as he’s walking parades, meeting people at fairs, and hitting the bricks pretty hard as an incumbent Congressman.

If Neal is going to be in the game, he’s probably going to need to do more than “actively considering.”

53 Replies to “Former Republican State Senator Neal Tapio confirms he is “actively considering a run for US House.””