When you’re in free fall towards rock bottom as a political party as South Dakota Democrats are, even the state’s most strident socialists are tossing out suggestions that Democrats should do what those Republican guys are doing as former Dem State Senate candidate Cory Heidelberger engages in this morning’s postings: 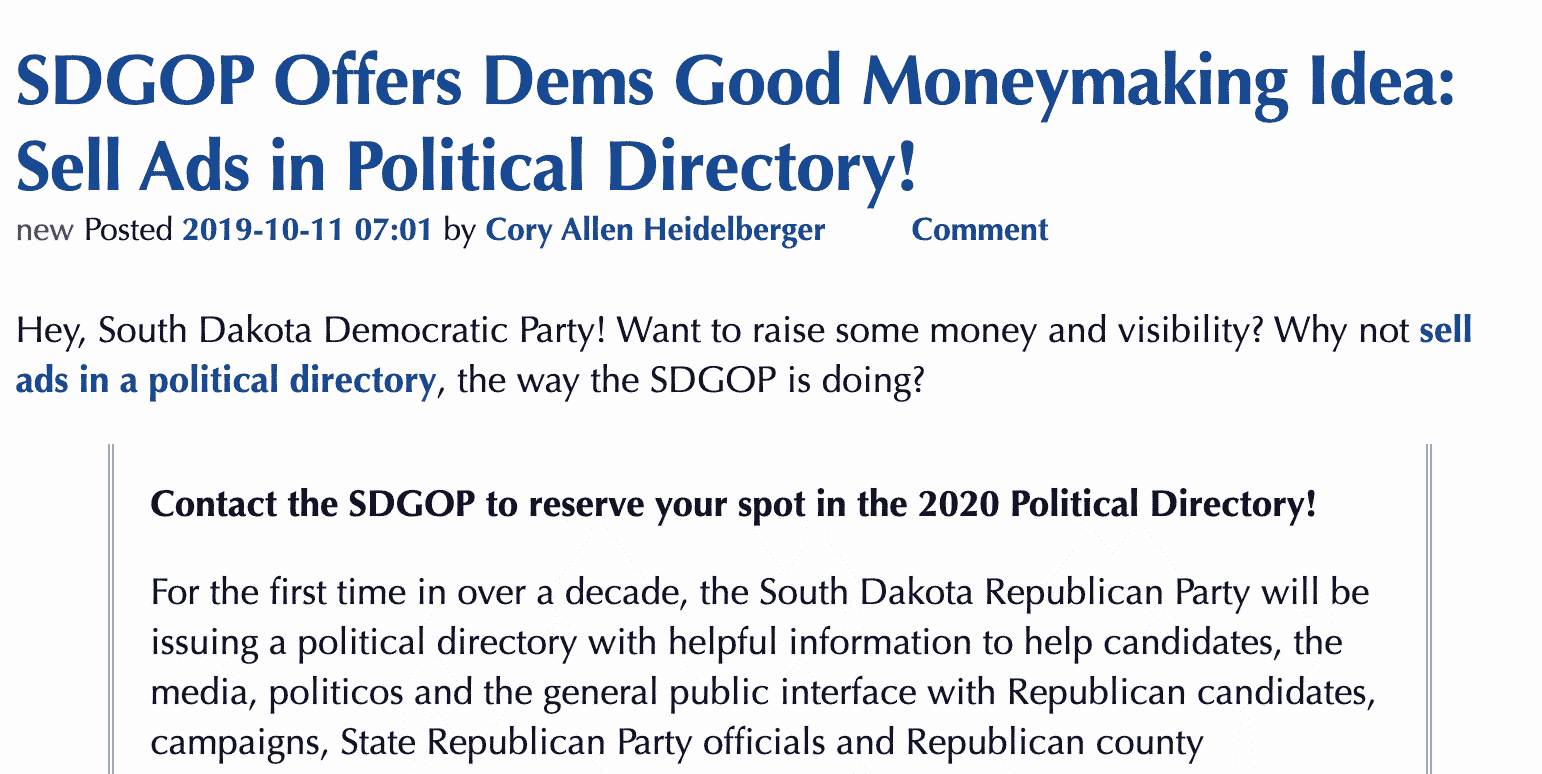 Of course, that was the prelude to white-bread Heidelberger scanning photos in the GOP newsletter and assigning whether people are white/non-white based on how brownish they look from photos in the same newsletter: 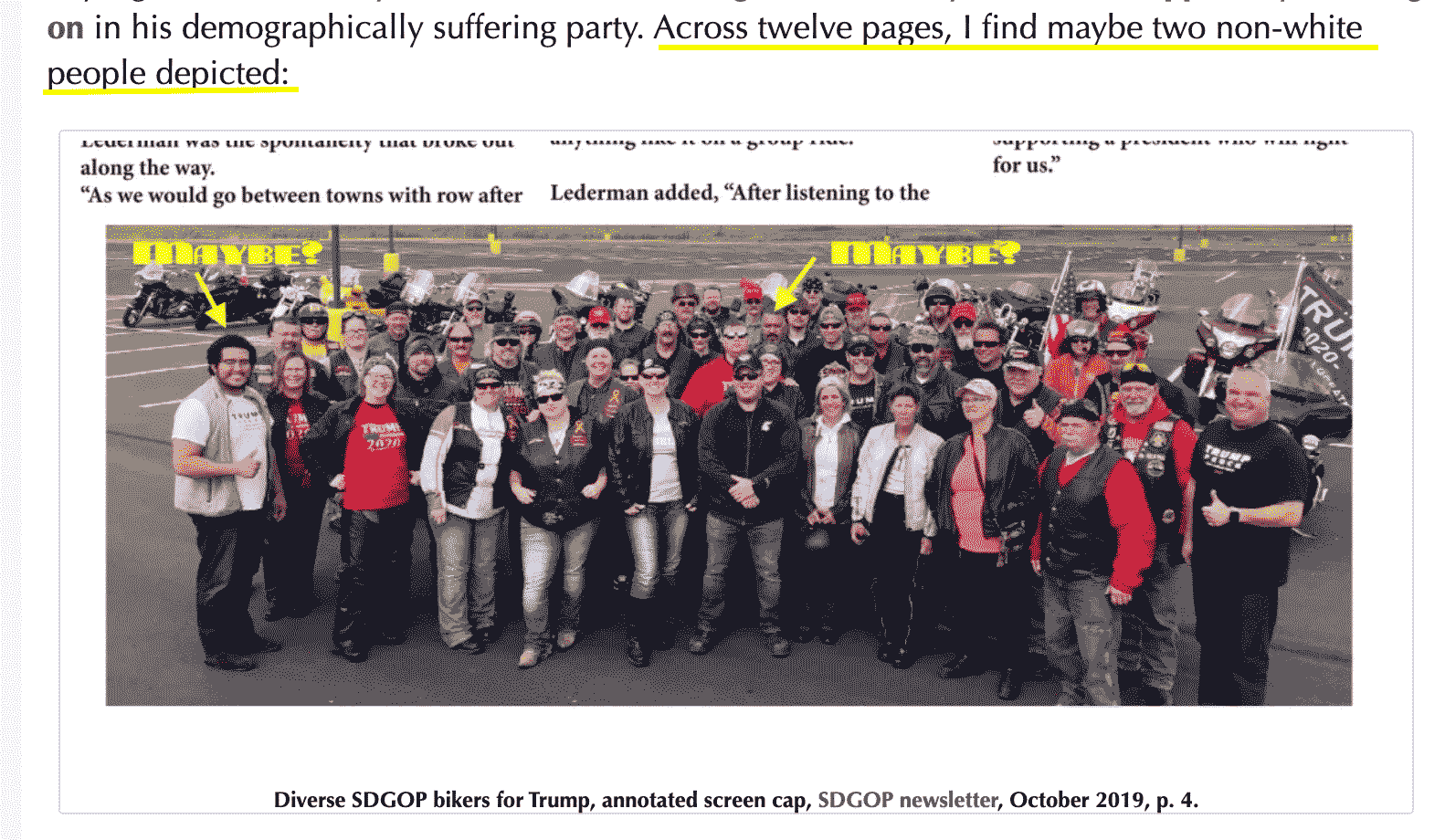 In his race check, Cory actually tries to assess whether people are actually “non-white?”

Yeah. It’s a safe bet that what he’s managed to do is probably the most racist thing we’re going to hear today. When you’re looking at someone’s skin color to figure out someone’s ethnic background from a long distance cell phone photo, the problem isn’t with them, it’s with you.