It might be a good time to mention that we’re living in a great state in South Dakota. Because aside from our Governor Kristi Noem, we’re also awesome because South Dakota has been named the #2 state for surviving a zombie apocalypse: 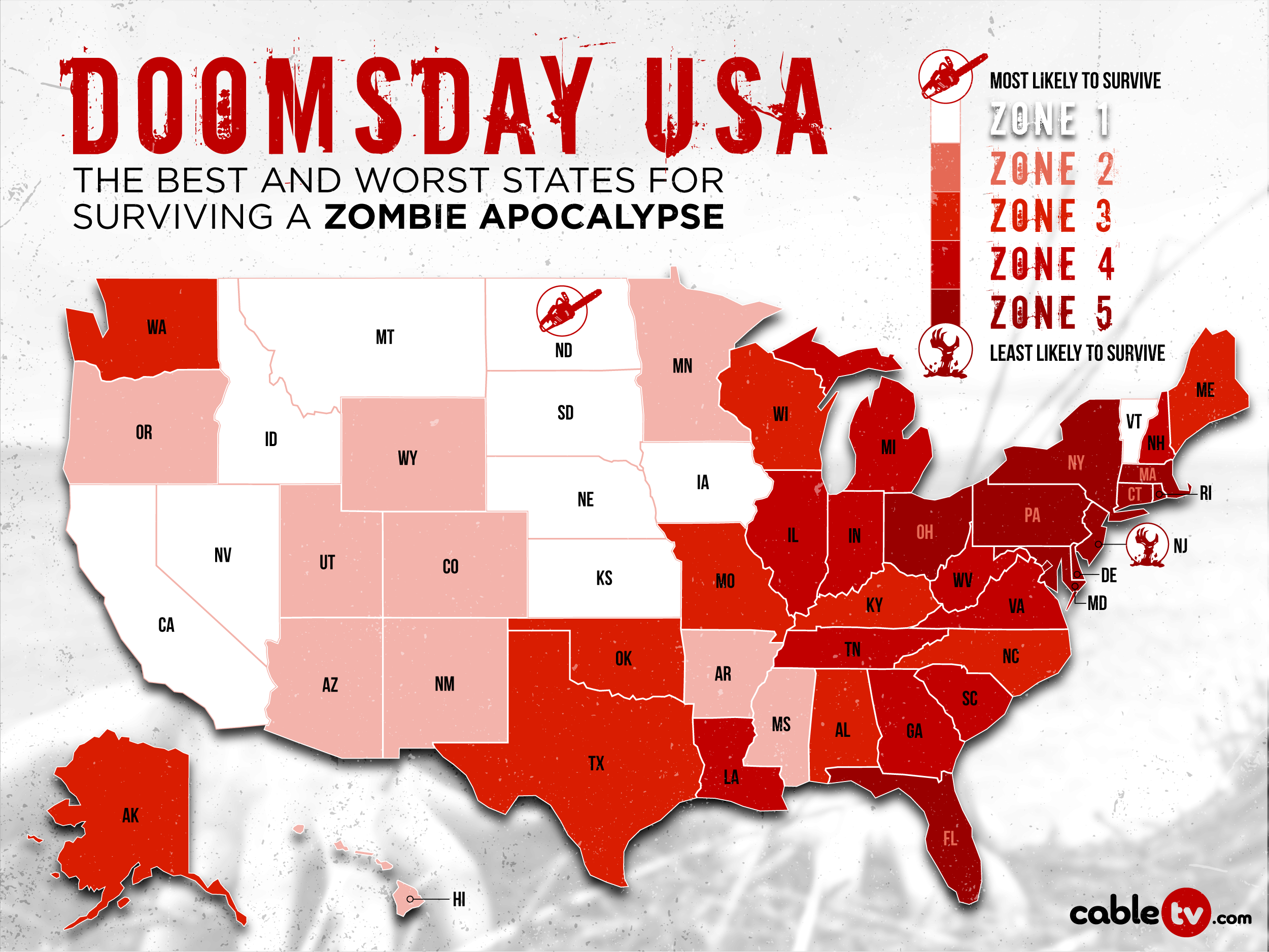 You can read the full report here!

The #1 state for zombie apocalypse survivability? Those dirty so-and-so’s in North Dakota.  I’m guessing that’s because they’re frozen solid for 3/4th of the year.

While you’re reading the report, I’m going to start digging my underground bunker. (If only I didn’t live in a town where the water table is 6 inches below the surface!)