WASHINGTON—U.S. Sen. Mike Rounds (R-S.D.) today issued the following statement on the confirmation of Justice Amy Coney Barrett to be an Associate Justice of the Supreme Court:

“Today is a great day for the rule of law and our Founders’ vision when carefully crafting the Constitution,” said Rounds. “Amy Coney Barrett is one of the most qualified nominees to be confirmed to the Supreme Court. She will be a fair and impartial judge who will apply the law as written, and not legislate from the bench. 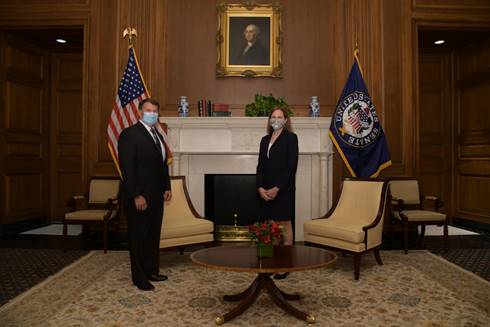 “The Senate’s constitutional role of ‘advice and consent’ when considering Supreme Court nominees is one of our most important duties – which I take very seriously. On behalf of all South Dakotans, it was an honor to cast my vote in support of Justice Barrett tonight.”