Skip to content
Latest News
Senator Thune speaks truth to power, noting “If getting primaried is the price for standing up, and speaking the truth, and standing up for the rule of law and the Constitution, then so be it,”
SD Woki-leaks quoting USD Prof: “some very active legislators” .. “follow an evil agenda of advancing their racism”
COVID Update: Talking about the COVID long haul.. and what’s with the peanut butter craving?

A Joint House Resolution was just introduced into the State House of Representatives with hopes of being placed on the 2020 ballot, despite no one asking for it.

Now that I look at the measure, House Joint Resolution 5002, I get this sense of Deja Vu.. 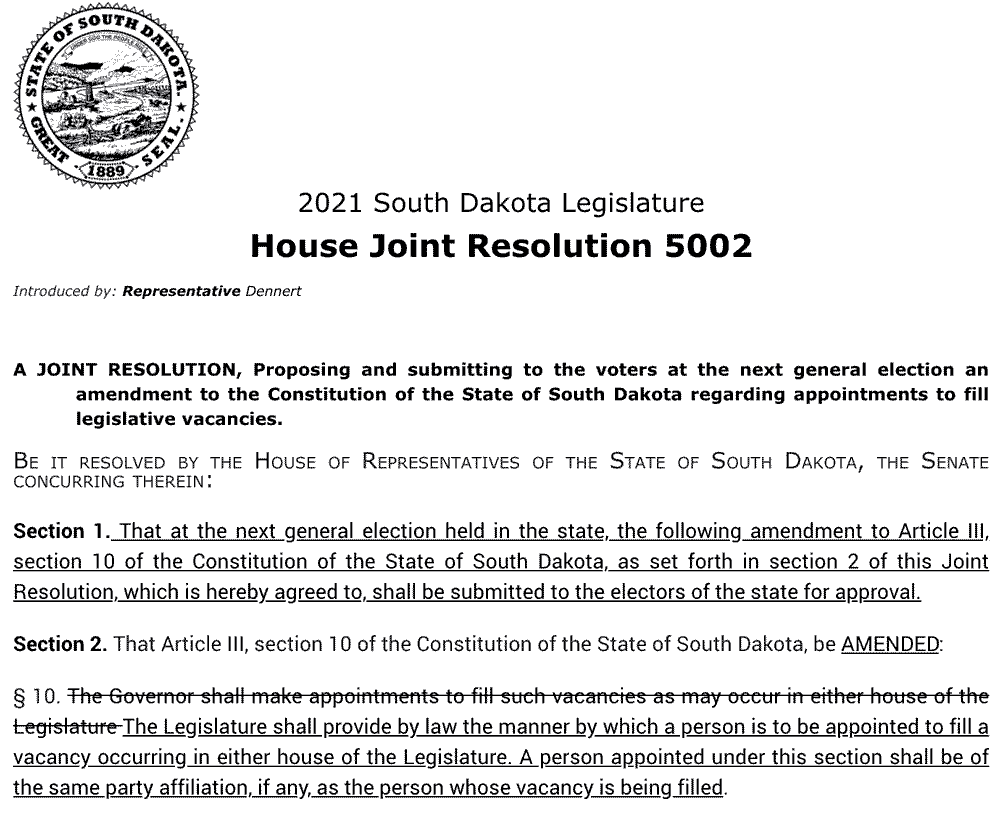 Yep.. this is largely the same measure that was brought in 2019 that went through several permutations : 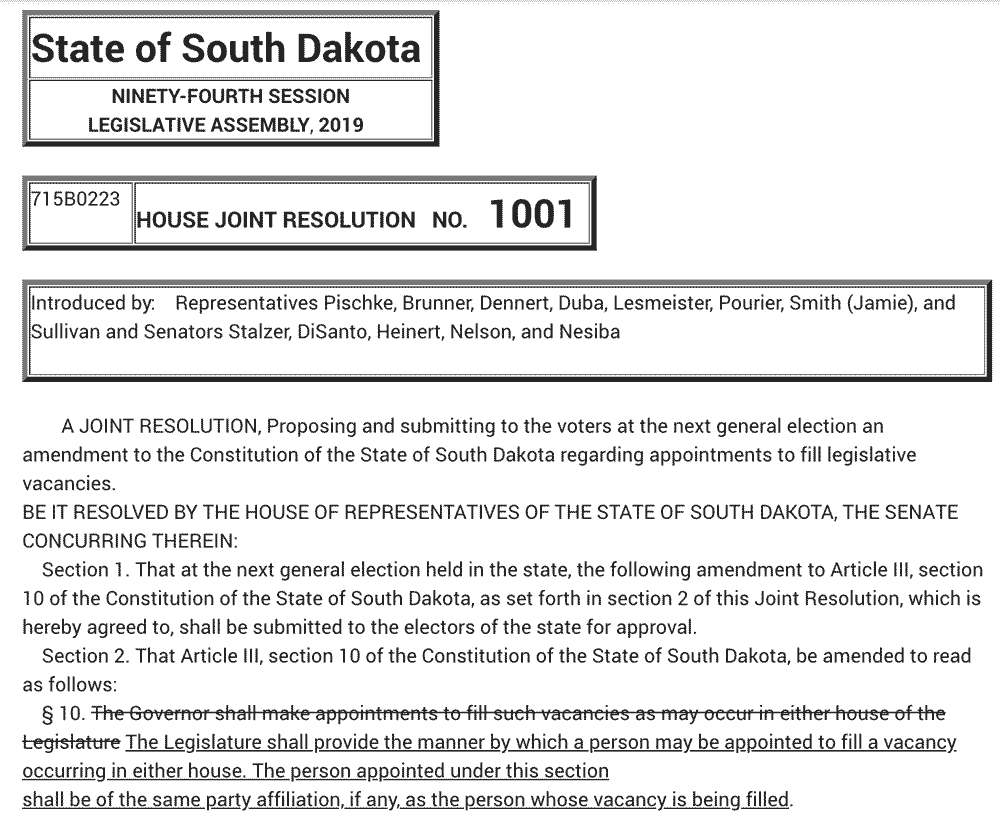 Back then, HJR 1001 also started out  in its first form declaring that “The Legislature shall provide the manner by which a person may be appointed to fill a vacancy occurring in either house. The person appointed under this section shall be of the same party affiliation, if any, as the person whose vacancy is being filled,” allowing the legislature to pick themselves under a proposed amendment to Article III of the State Constitution.

Literally, it’s the same bill. And the problem now is the same problem the bill had then – where is the hue and cry in the state calling for a new way to make legislative appointments? There isn’t one!

Under Article IV, Section III of our South Dakota State Constitution, our state’s founders had granted with almost total exclusivity to the Governor the power of appointment. This very power that the legislature is trying to usurp for itself.

Who in the public is still calling for the legislature to strip away one of the Governor’s Constitutional duties? That would be no one. So why are we bringing back old rubbish?

This is a power grab that I don’t believe voters will stand for. In fact, I would point out that the last time an amendment was proposed to put the legislature on an equal footing with the Executive and Judicial branches, this was the headline (Nov 6, 1974):

“The proposal was billed as a necessary step to put the legislative branch of government on equal footing with the executive and judicial departments, but voters apparently didn’t buy the argument.”

The legislature thought better of it in 2019… or at least the State Senate did.

Still no one in the public asking for Governor Noem to be stripped of the power of appointment in 2020.

And there’s no reason to bring back a bad bill 2 years later.

3 thoughts on “Legislators still trying to strip Governor Noem of appointment power so they can self-select members. Did I write this same article 2 years ago? Still nobody asking for it.”