From Facebook, Neal Tapio is encouraging South Dakotans to “wake up.” But does it translate into him running for Congress:? 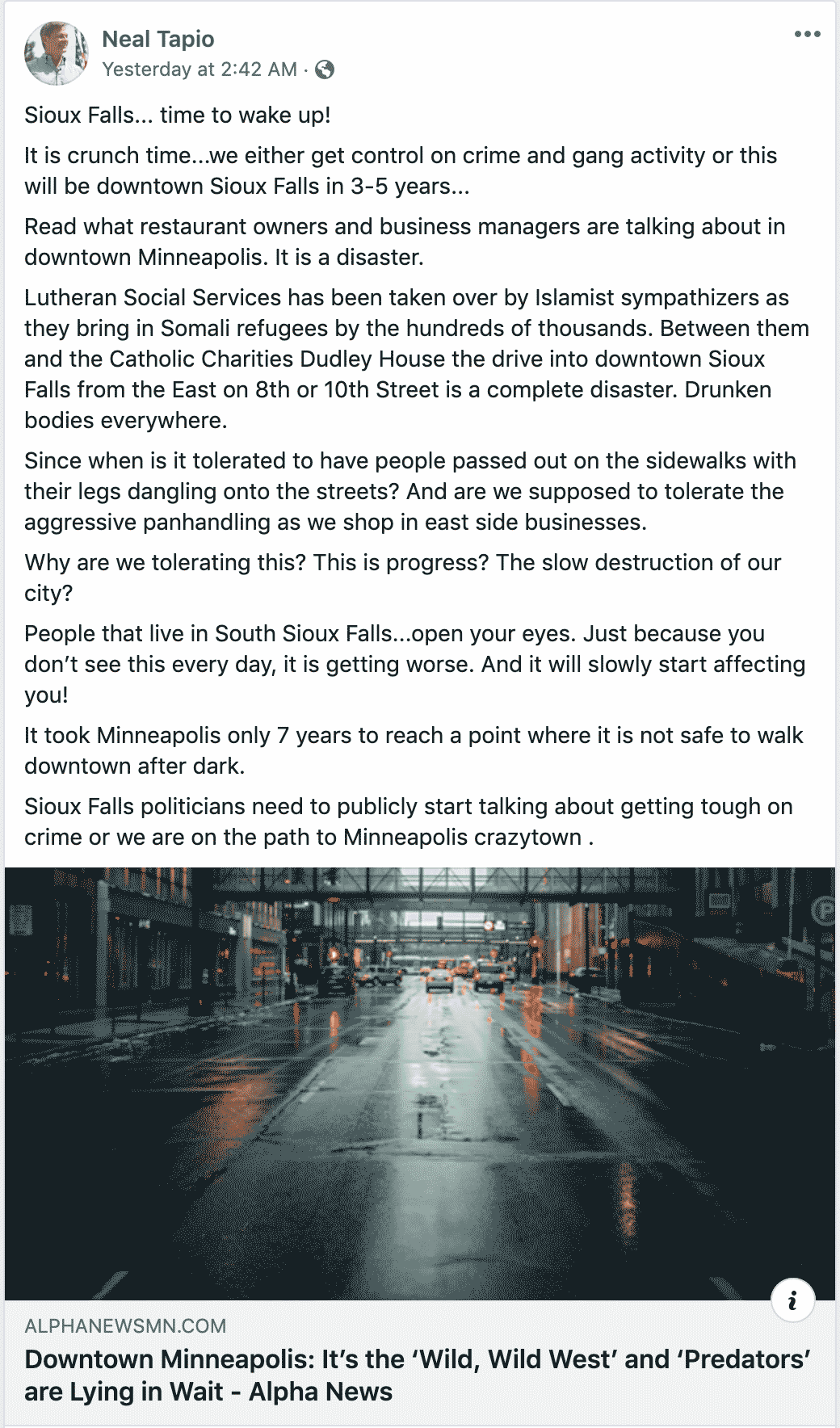 Todd Epp at KELO Radio pointed out the post, noting:

In a Facebook post, he says the drive into downtown Sioux Falls from the east on 8th or 10th Street is a complete disaster and that there are drunken bodies everywhere.

He blames Lutheran Social Services for bringing in Somalis and other immigrants into Sioux Falls and Minneapolis.

But I have to ask if the talk of “legs dangling onto the streets” is enough of an overriding issue for Republicans to make them want to send him to Washington over our current Congressman Dusty Johnson?

It seems like more of a local law enforcement concern than a congressional imperative.

What are your thoughts?

75 Replies to “Neal Tapio encourages people to wake up to the immigrant crisis. But is it a recipe for Congress?”