On their facebook page at the start of this weekend, the South Dakota Republican Party posted a message that they have been promoting for the past couple of years. When it comes to being presented with a ballot measure, an educated voter is a good one, and voters should know what they’re signing before they sign on the line: 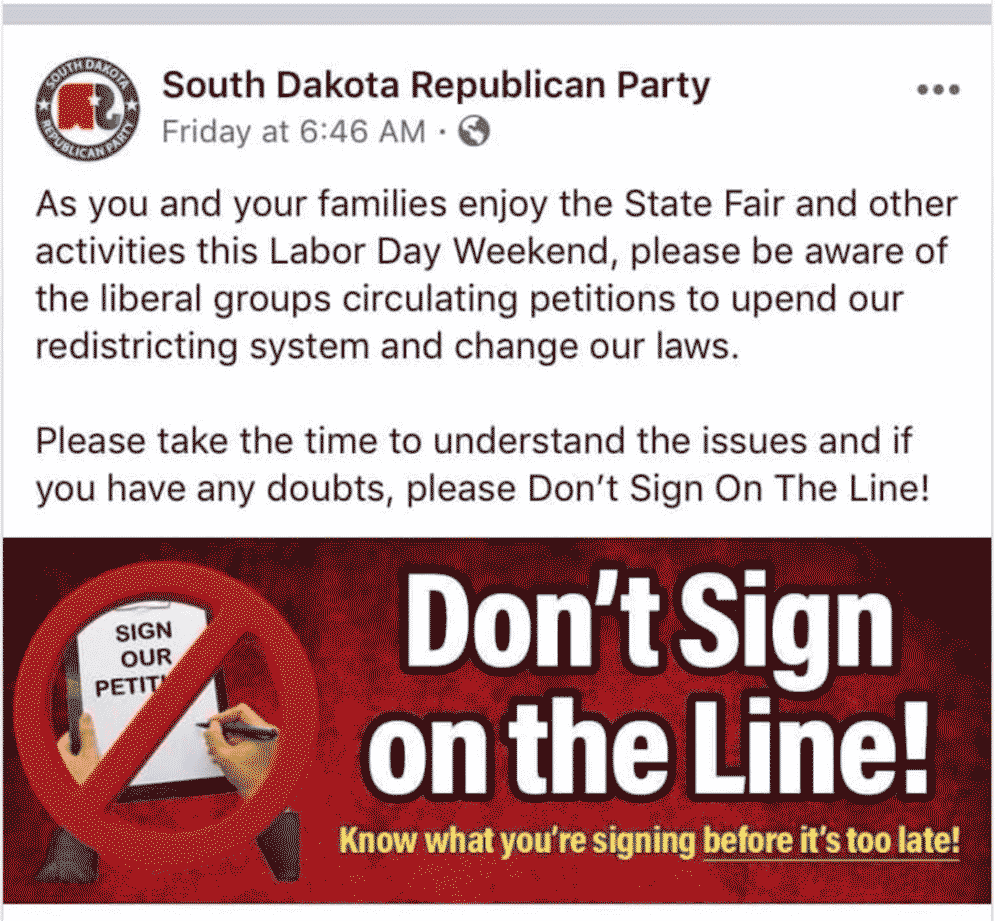 “Please take the time to understand the issues and if you have any doubts, please Don’t Sign On The Line!”  Asking voters to educate themselves before they sign on to some crazy petition is the same message the GOP has had for a while.

However, when the GOP asked for voters to educate themselves on the issues, it apparently ‘triggered’ the pot petition pushers at New Approach South Dakota to freak out, because they don’t want educated voters. They just want the damn signatures before people figure out what it says: 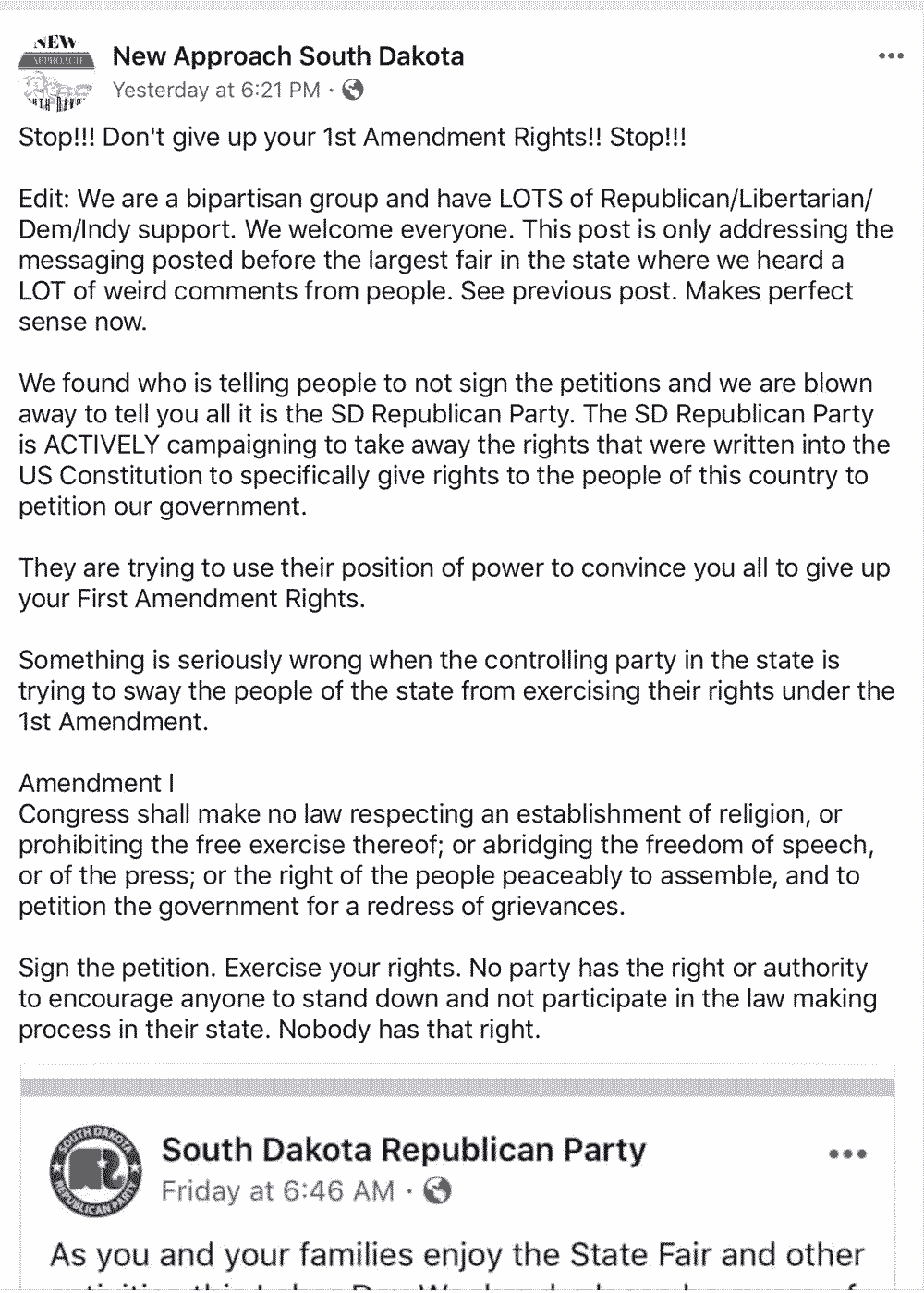 “We found who is telling people to not sign the petitions and we are blown away to tell you all it is the SD Republican Party. The SD Republican Party is ACTIVELY campaigning to take away the rights that were written into the US Constitution to specifically give rights to the people of this country to petition our government.

They are trying to use their position of power to convince you all to give up your First Amendment Rights.”

So, where did the GOP’s post say any of that?

They actually claimed that the GOP is trying to “convince you all to give up your First Amendment Rights?”  I’d ask what they’ve been smoking, but it’s kind of an obvious answer.

I suspect the problem they’re running into is that at this point with just over 60 days to go, they were depending on the State Fair to give them a major push, and they’re fuming because it didn’t happen, because – god forbid – people are actually paying attention when they see crazy things in the poorly written measure, such as in the AG statement where it notes on the petition that it mandates a minimum of three plants.

As I’ve been saying, and as I believe still holds true, they are not going to be able to collect enough signatures and they’re a disorganized mess.  Otherwise, they would not be freaking out when the GOP encourages people to educate themselves before they sign.

32 thoughts on “Pot Petition Pushers triggered over the GOP encouraging voters to be educated before they sign petitions.”