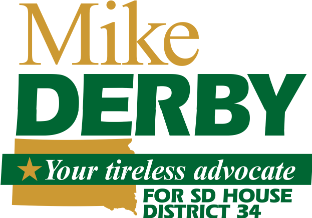 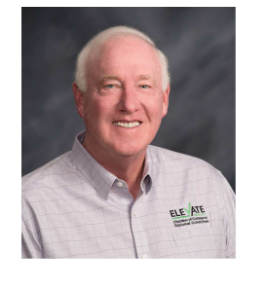 Explaining his interest in returning to the political arena, Derby said, “Rapid City and the Black Hills   are changing, and I want to contribute to the economic growth and dynamic opportunities of our region.

It would be an honor and privilege to represent District 34 again. I’m excited by the potential to make  a brighter future for this wonderful place we call home.”

As owner of the Canyon Lake Resort in west Rapid City and Past Chair of the  Rapid City Area Chamber of Commerce, Mike is very supportive of legislation that helps the small business owner to be successful and grow. Serving as a Board Member of Visit Rapid City, Mike wants to keep tourism’s top of mind awareness high in Pierre. And as a past Chair of the Ellsworth Task Force and Military Affairs Committee, Mike wants to introduce and support enabling legislation that protects and allows Ellsworth AFB to sustain and grow its vital missions.

“Mike is an enthusiastic activist getting things done for Rapid City and the State of South Dakota,” said area businessman and banker Randy Hamburg, who will serve as Derby’s Campaign Treasurer. “He is widely known for his far-reaching participation, demonstrated by many recognitions, such as the coveted Chamber George Award. Mike’s solid ideas and consensus building skill will lead us in the right direction.”

State Representative Mike Derby served three terms during the Janklow administration and was Vice Chair of Appropriations. He also served as Vice Chair of the South Dakota Legislative Executive Committee and Chair of the National Council of State Legislators Economic and Cultural Development Committee.

Mike has deep roots in District 34 having grown up and attended Meadowbrook Grade School, West Junior High and Stevens High School. Mike is a graduate of the University of South Dakota with a BS  in Business Administration. Mike and Carmen have two daughters, Danielle (Bryent) and Alyssa (Lee) and two granddaughters, Brianna and Aubree.

In the near future, Mike will be hosting three “Coffee and Conversations” to hear your ideas and concerns for District 34 and the State of South Dakota. These gatherings will be held at the Millstone Restaurant (West Main near Mountain View) on Saturday, February 15 from 8:00 to 10:00 a.m., Saturday, February 22 from Noon to 2:00 p.m. (following the Chamber’s Legislative Crackerbarrel) and again on Saturday, March 7 from Noon to 2:00 p.m. (following the Crackerbarrel). Look for more public events to come.

For more information, contact Mike Derby at 605-381-0992 (voice/text) or michaelpderby@gmail.com.