WASHINGTON—U.S. Sen. Mike Rounds (R-S.D.) was presented with the 2019 Fueling Growth Award from Growth Energy for being a leading voice for ethanol, the Renewable Fuel Standard (RFS) and the biofuels industry. Growth Energy is a leading advocate for the ethanol industry.

“Corn and corn ethanol production play a vital role in South Dakota’s economy and in our nation’s fuel supply,” said Rounds. “At a time of low commodity prices and trade uncertainty, it’s as important as ever that the federal government live up to its promises under the Renewable Fuel Standard (RFS). The RFS has allowed our corn ethanol industry to flourish over the past decade and plays a vital role in its success. It’s an honor to receive this award and I look forward to continuing to work with the ethanol industry on these issues.” 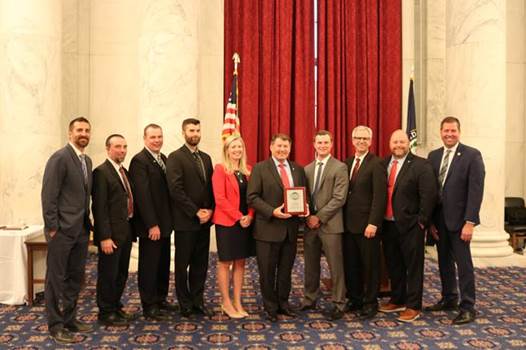