This is starting to blow up. In a press release posted on the SDGOP website, the South Dakota Republican Party is hitting Democrat MInnehaha County Treasurer candidate Patrick Starr for making illegal robocalls, despit it being this third campaign for public office:

Lederman said “Calls to cell phones using any form of artificial or pre-recorded voice without your consent are flat-out illegal, and I would encourage anyone who received Patrick Starr’s illegal robocall on their cell phone to go online to consumercomplaints.fcc.gov and report that they were robocalled without their permission.”

Lederman continued “This is at least Starr’s third run for public office, and apparently after all this time he still doesn’t have a grasp of the basic rules of campaigning, much like he lacks the basic qualifications for the office of Minnehaha County Treasurer.”

Starr’s robocall muck-up wasn’t just limited to Minnehaha County. He was blasting this to cell phones in a wider area, as this was received by my wife yesterday afternoon on her cell phone in Brookings from the Starr robocall number cited in all the complaints: 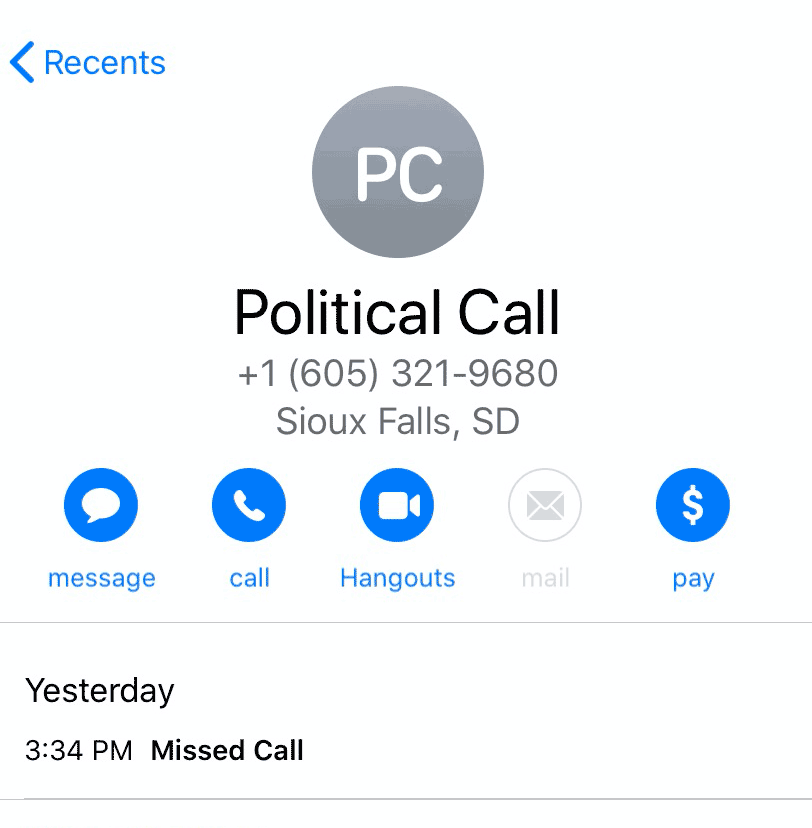 This one might be a bit tough for Starr to explain.