So the rumor is that about 2 weeks ago, the South Dakota Democrat Party communicated to their communications director that they would no longer be communicating together.

And from a check of Facebook, it would appear that the two parties have gone their separate ways: 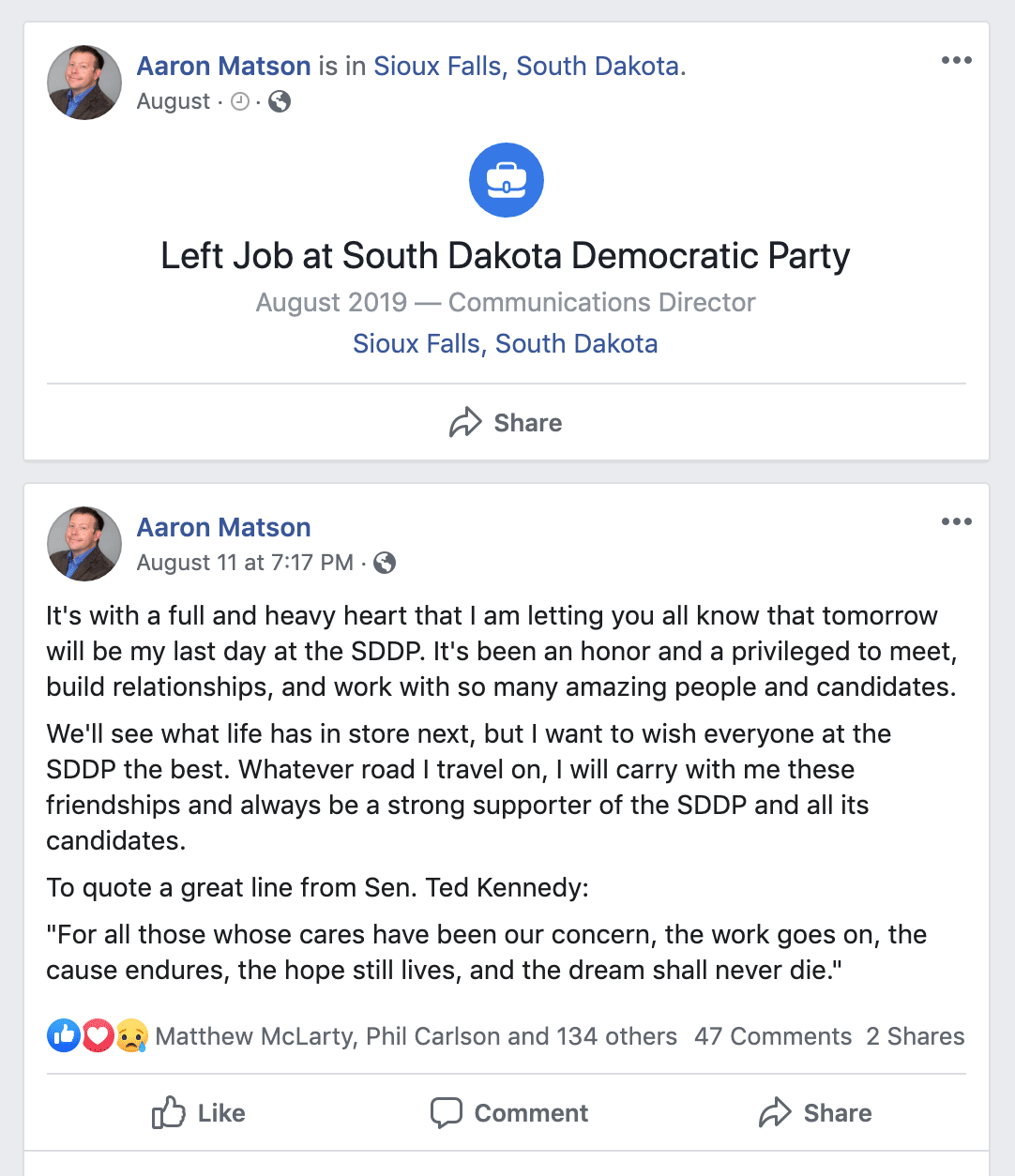 That message was left on Sunday the 11th, making Monday, August 12th his last day.

Maybe it’s just me, but it seems a little harsh for someone who worked at the party this last election, and took one for the team as their candidate for State Treasurer. Which was sure to have a bleak outcome, but at least they had a warm body in the seat. There have been plenty of times they just didn’t.

So, this means that the ouster came less than a week after Chairwoman Paula Hawks installed her person, Stacey Burnette as the new Democrat Party Executive Director. Who’s announcement was ironically posted on the SDDP website by Matson. And the day before the Dems held an Executive Director meet and greet.

For all the Democrat Party’s efforts at unionization, it doesn’t seem to be protecting anyone’s job at the Democrat party.  We’ll have to keep watch and see who’s coconut torch is put out next in this game of survivor.