State Representative Drew Dennert who is credited (blamed) with being the architect of the State House of Representative’s redistricting plans, which culminated in the unsuccessful “Grouse” maps took to Facebook yesterday to throw rocks at the negotiated legislative redistricting map worked out between the House and the Senate, referred to as the “Sparrow” Map. 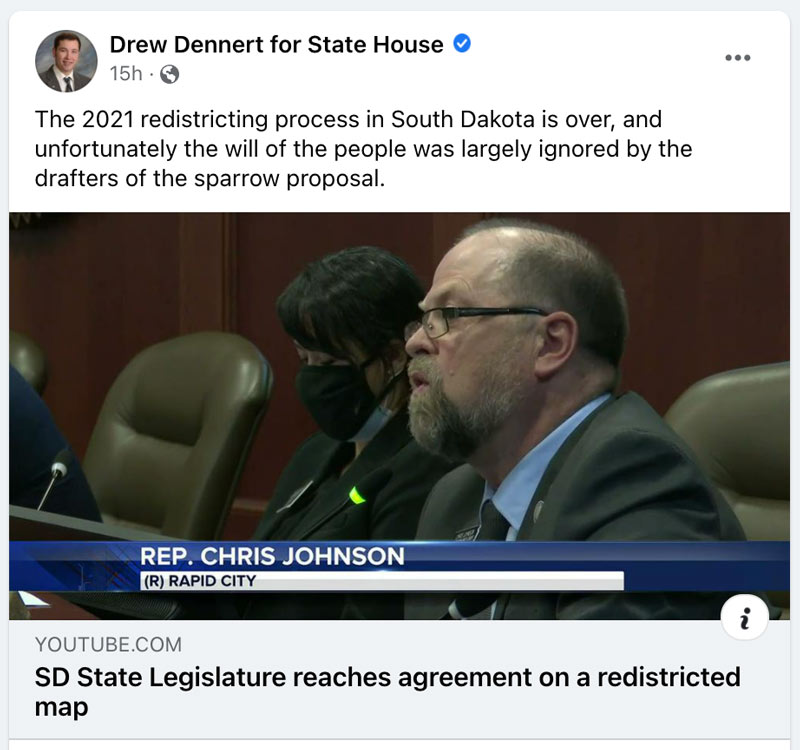 This process was about gamesmanship as much as it was anything. The Senate strategy was to hold strong, willing to negotiate, but more than willing to let it go to the Supreme Court, because they believed their map was that much better than what the House had.

The House never in the process acted with that level of conviction, and seemed somewhat divided, possibly coming as a result of poor communication of their goals and map.  Literally, I had House members call me and ask if I’d seen a map, because it hadn’t been shared with them until much later.

Moving into the finish line, the Senate hung strong. On the final day a group of House members led by State Representative and Congressional Candidate Taffy Howard proposed that the sparrow map painfully negotiated by House and Senate Leaders be thrown out, and they could just start all over. She said they could even go home, and come back if they had to.

Start Over? Come back? Not the thing to say after three days of 2 painful special sessions, as well as services for a former Governor, and the majority leader has to be taken out on a stretcher. It was a ridiculous proposal, and only the most intractable in the House went for it.

Thankfully, there were those in the House whose better angels recognized that change is inevitable, and as much as they want to keep it the same, there’s a reason we do this process every decade.

If this kind of rock throwing after the fact from Representative Dennert is the fruit of Dennert’s labors this week, it seems to be a lot of sour grapes. Dennert’s whining over the measure should ring hollow, as had the group of House members not dug in their heels, there would not have had to be concessions in the successful proposals to get House Democrats to sign off.  Literally, they put the GOP Caucus in a weaker negotiating position.

And it’s even more disingenuous, because he was the primary architect for the House effort. Dennert was given the golden opportunity to chart the course for the next decade. And what he offered wasn’t progress. It was an attempt to stand still as the best as he could justify.

As the House’s champion of redistricting, in this heroic epic, he had the chance to come out of it looking like Luke Skywalker. Instead, he’s JarJar Binks.