In the wake of tornados pummeling Sioux Falls, in the middle of the city making sure people are safe, making sure streets are passable, and all the other things they’re doing, of couse we have those trying to make it about themselves.

Hot off the press from Sioux Falls City Councilwoman Theresa “Pay attention to me – me me me” Stehly: 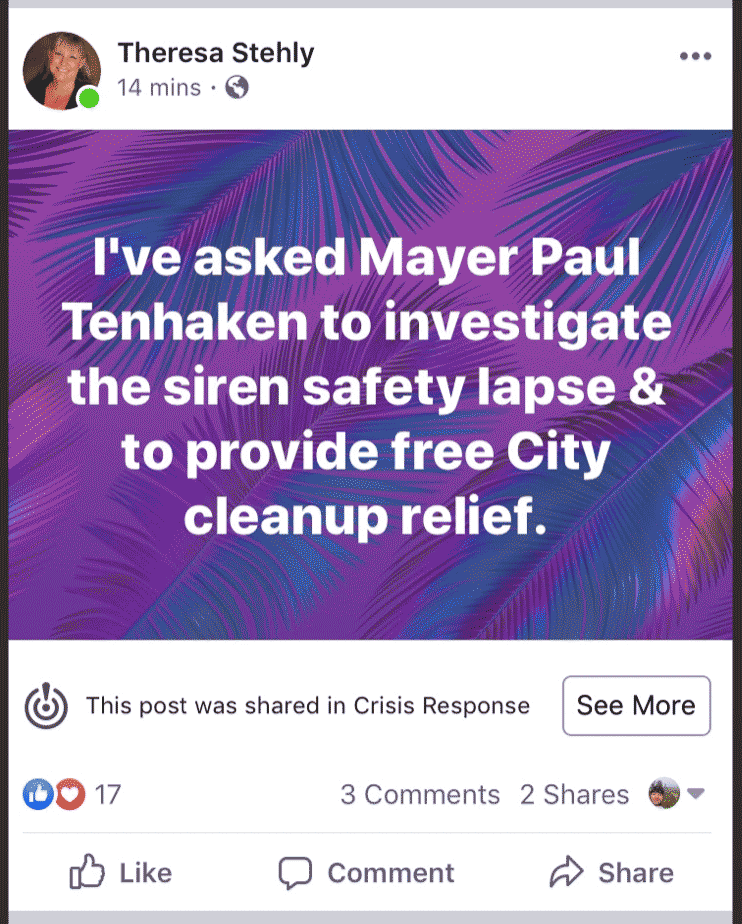 I believe it was former Obama Chief of Staff and Chicago Mayor Rahm Emanuel who said “You never want a serious crisis to go to waste.”

So of course, Stehly tries to make the disaster about her. Despite the fact that the City has it well in hand with their response, and hours ago noted they were already looking into what happened with some sirens not firing (without Theresa’s prompting).  Ugh.

What was that cartoon from Dakota Posts from early this year…