From the Federal Elections Commission, US Senate candidate Dan Ahlers is not setting a good example for open government, in that he can’t seem to file his campaign finance reports on time: 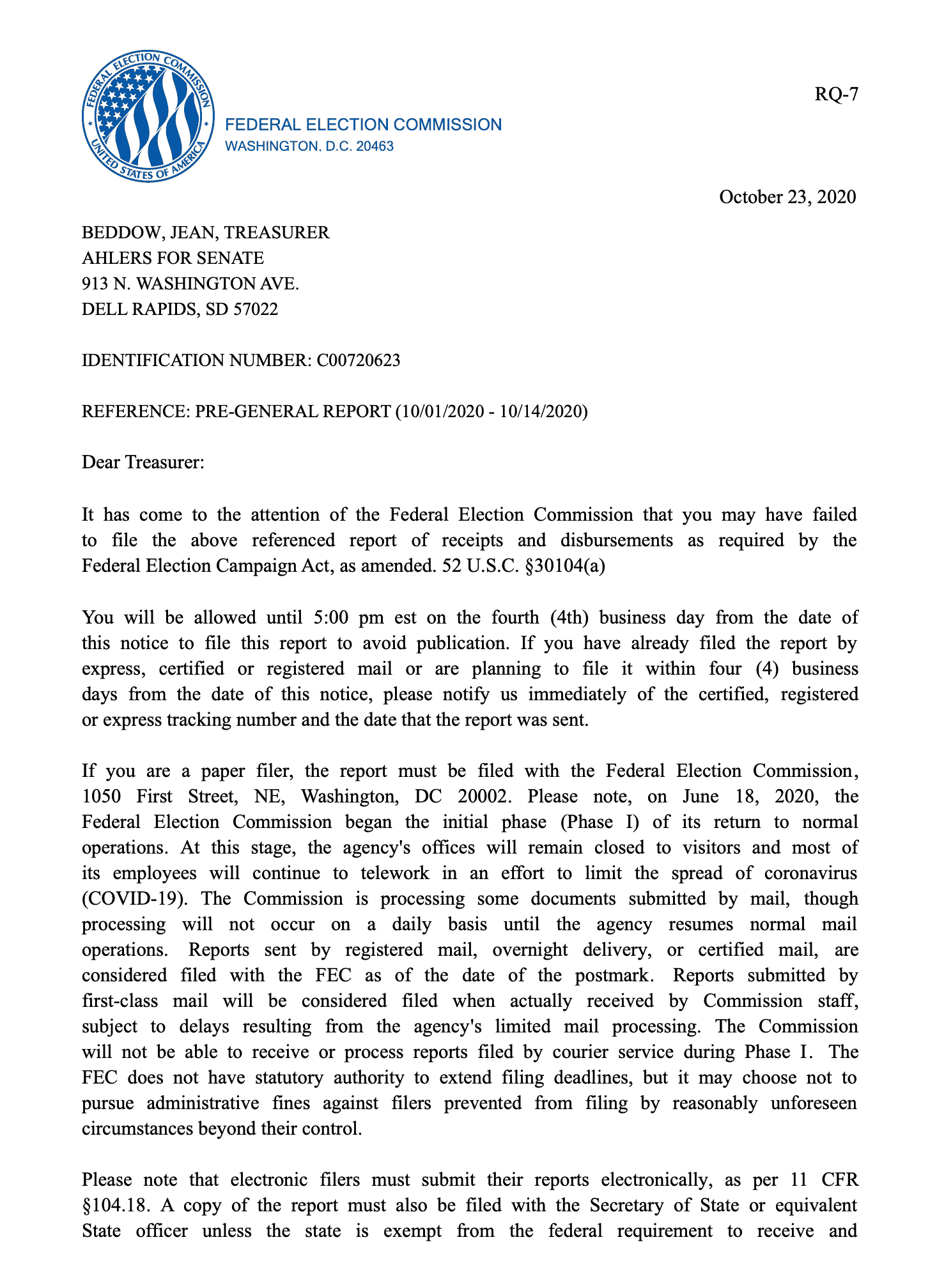 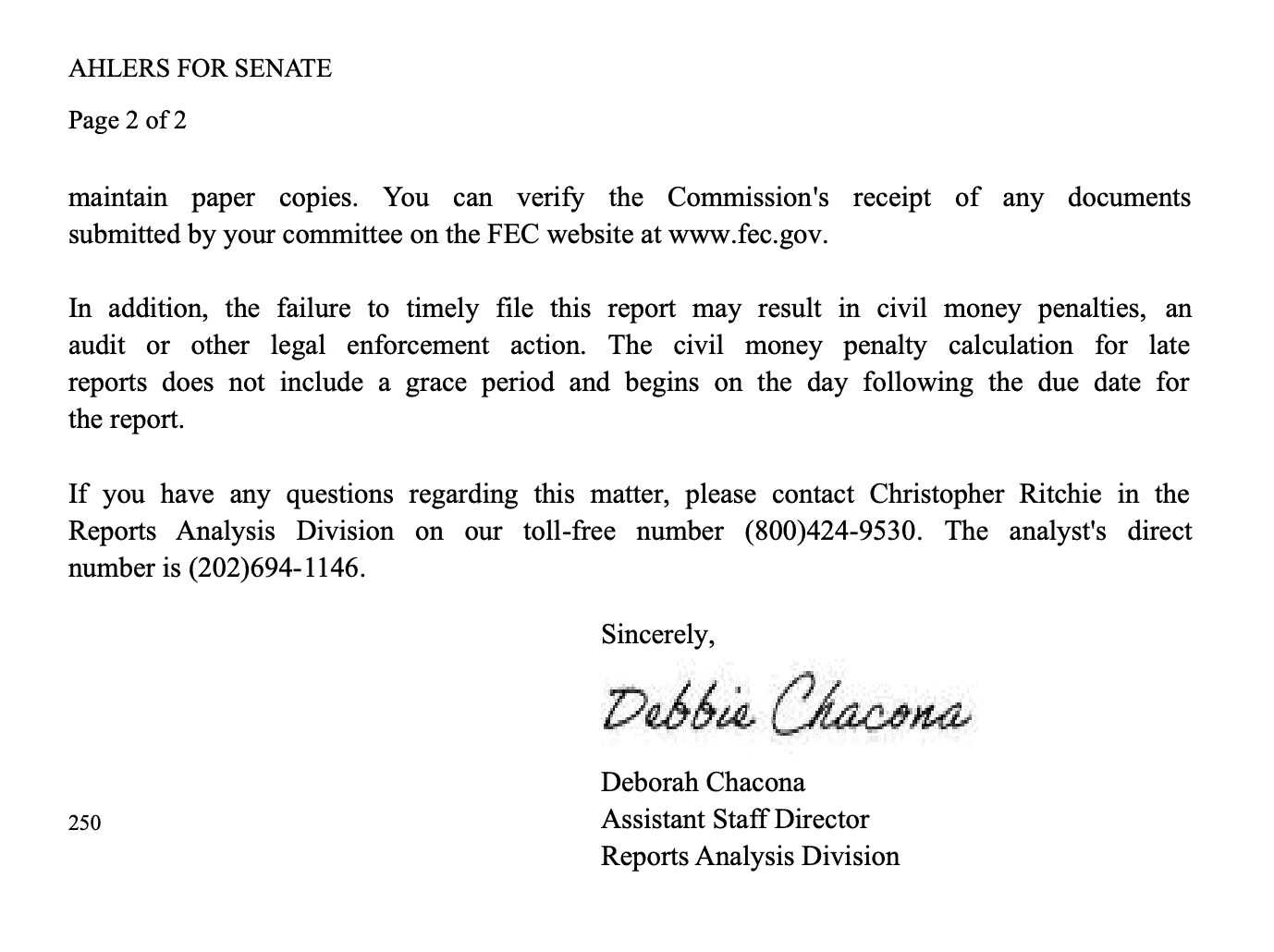 He was late on his October Quarterly report, and now he’s late again on his pre-general report.