Last week, I took a few days off and went out west with stops in Pierre, Rapid City & Deadwood. In Rapid, I picked up these anti-McGovern bumper stickers from an antique shop, which appear to be from the 1974 US Senate campaign (They accompanied a 1974 Bob Dole item, and a 1974 Republicans for McGovern sticker).

And dang.. that sticker in the center is just harsh. 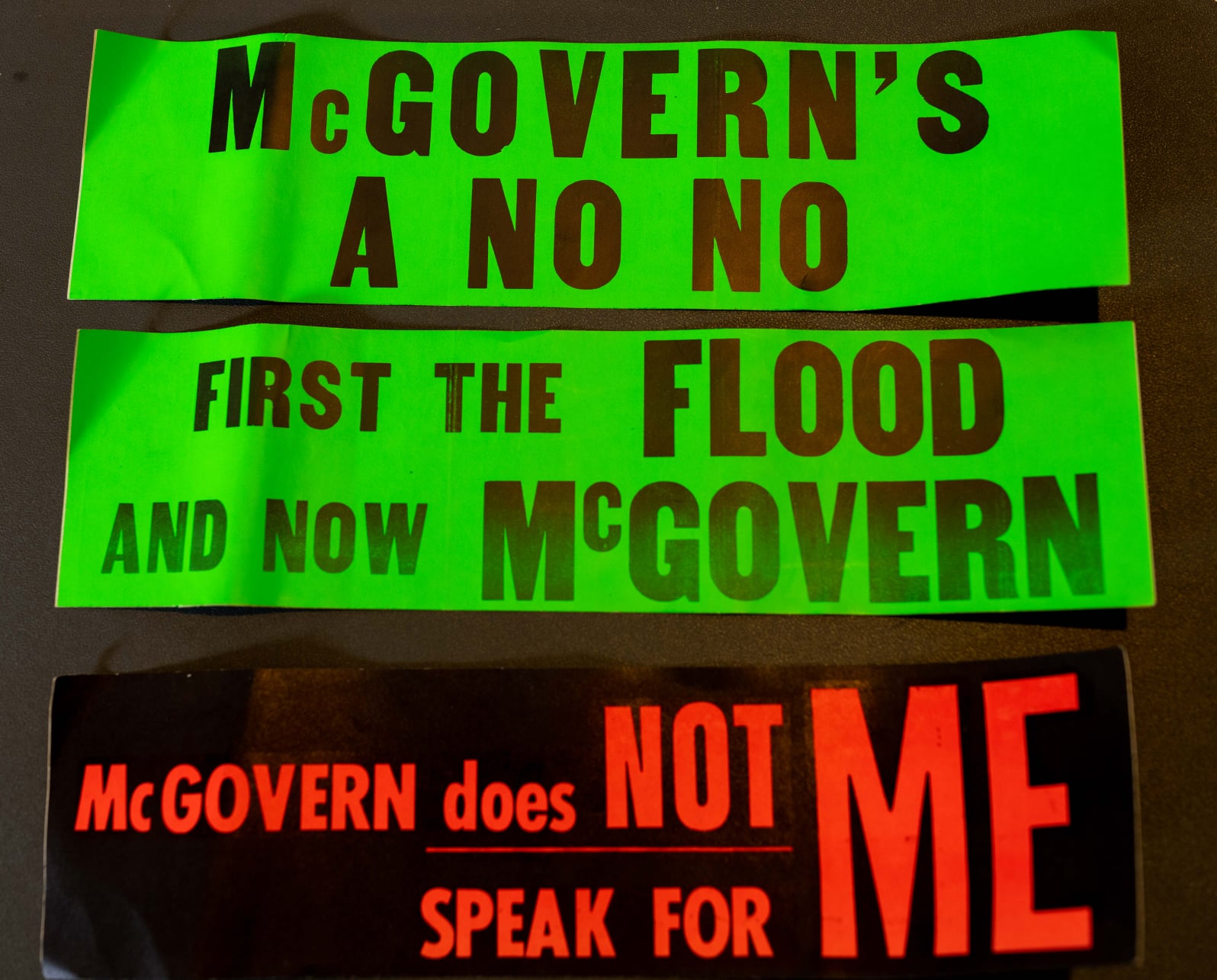 The crass “First the Flood” sticker refers to the 1972 Rapid City flood which devastated the town, and killed 238 people.

We might not be kind and gentle now, but at least we’re not referring to neighbors killed in a tragedy.

One thought on “You think campaigns are harsh now? Let’s go back nearly 50 years.”