The Rapid City faux-conservative group, Citizens for Liberty, has had a long track record for goofiness, such as demanding taxpayer dollars pay for their scorecard research, and having their leadership circulating petitions to raise taxes.  And claiming discrimination for getting kicked out of Pizza Ranch will always remain funny.

Today’s episode of eye rolling comes courtesy of their latest scorecard with bills that they specifically cherry-picked. But it comes with a twist. Here’s a couple of snippets from the scorecard: 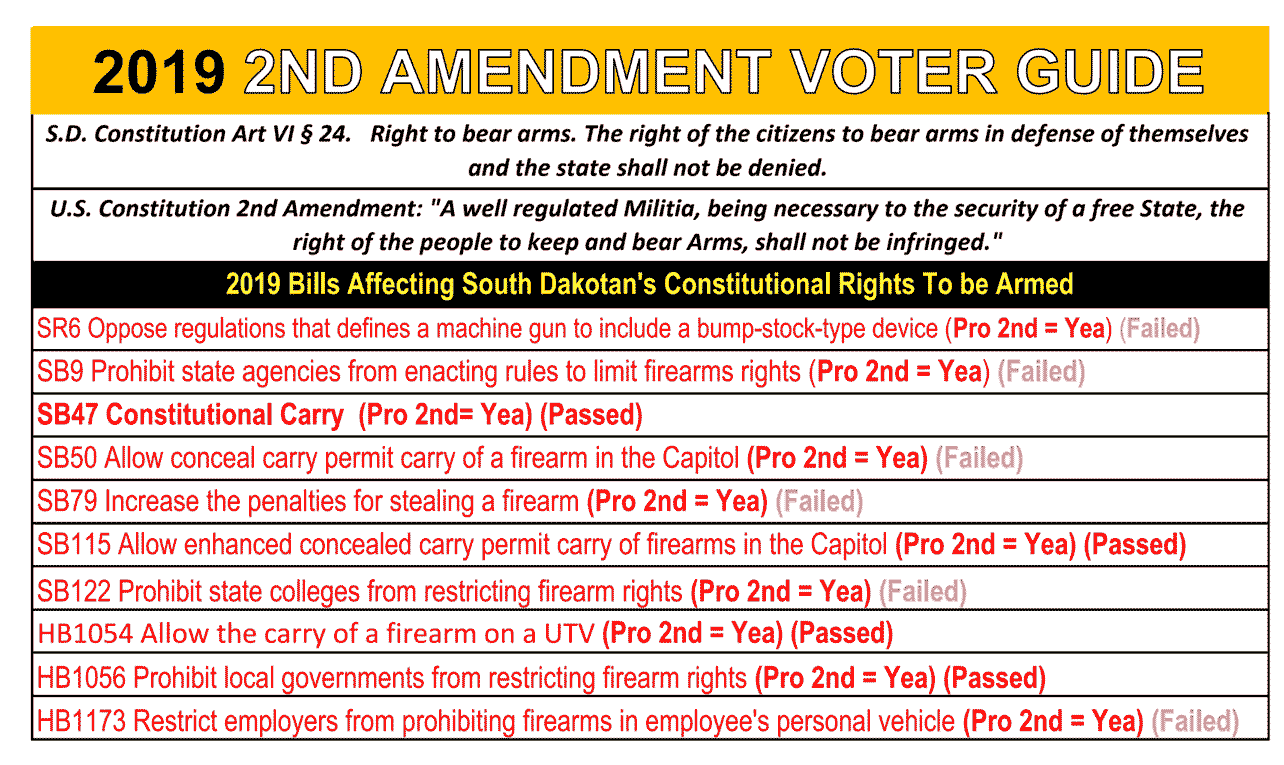 What’s odd about this scorecard?

If you go back to look at the legislative record, and examine the Legislative Committee minutes, how intensely did Citizens for Liberty promote the legislation they’ve included on their scorecard? Not at all.

No representatives for Citizens for Liberty are on the record as bothering to show up to lobby on any of the legislation they’ve included in their “2nd Amendment Scorecard.”

Really. Not once.  I went back and looked, and they are absent from the record on every one of the bills they’re including as part of their scorecard.

Clearly, they have lobbyists, as CFL has registered them as taking part in the 2019 State Legislative Session:

But….apparently Citizens for Liberty’s own lobbyists just didn’t think any of the legislation that makes up their cherry-picked 2nd Amendment Scorecard was important enough to actually show up, give testimony on, and ask legislators for their vote.

If we’re applying the same standards they use… doesn’t that mean they got a 0% on their own scorecard?  And it is not like this is the first time. We pointed this out on a previous cherry-picked scorecard of theirs in 2018.

Aren’t we lucky to have such staunch defenders of the faith to show up, and tell everyone how conservative they aren’t?

If only they applied their own standards to themselves.

19 thoughts on “Citizens for Liberty issues new cherry-picked scorecard that they earned a 0% on.”