House Bill 1057 which proposes to ban Transgender surgery and other procedures on minors seems to be a flashpoint for some in the legislature, especially after the measure’s defeat in the Senate Health and Human Services Committee.

This issue seems to have so far been one of the most divisive issues facing the Legislature this year, as evidenced today when District 14 State House Candidate Brad Lindwurm took to facebook, and while not using her name, called out District 14 State Senator Deb Soholt, Chair of the Health and Human Services Committee for joining with the majority in the committee and voting against the measure. In part: 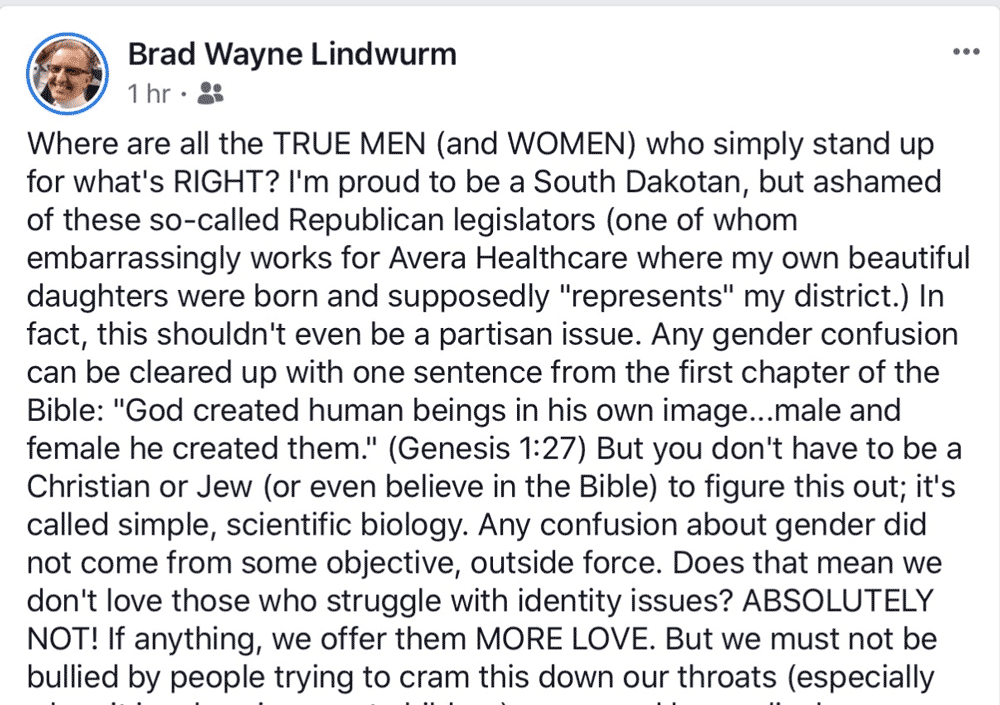 Lindwurm was particularly pointed in his criticism of the Senator, going so far as to poke at both the Senator and her employer.  While Lindwurm called out Soholt as a “so-called Republican legislator,” the issue does not seem to be addressed in the State Republican platform.

Being termed out of the Senate this year, Sen. Soholt might choose to be done with the State Legislature. But, there is a distinct possibility that she might run for the House, meaning Lindwurm might have picked a fight with someone who could be his opponent for one of the two House seats in District 14.

Agree or disagree on the issue, Soholt has proven to be a formidable opponent for all comers in the District, and only in her first election year in 2012 received less than 60% of the vote.

Going on the attack might not have been a prudent action for Lindwurm if he wanted to encourage the Senator to stay out of the race, as he might find he’s bitten off more than he cares to chew.