Hot off of the press, I’ve been forwarded an e-mail showing what the Dems are having their staffers spending their time on while they’re in Pierre.

Sent from someone identifying himself as Berk Ehrmantraut, House Minority Secretary, this e-mail to lobbyists via his LRC e-mail, through the state e-mail system indicates that Democrats are holding the partisan political event for Lobbyists on February 21 at 6pm. 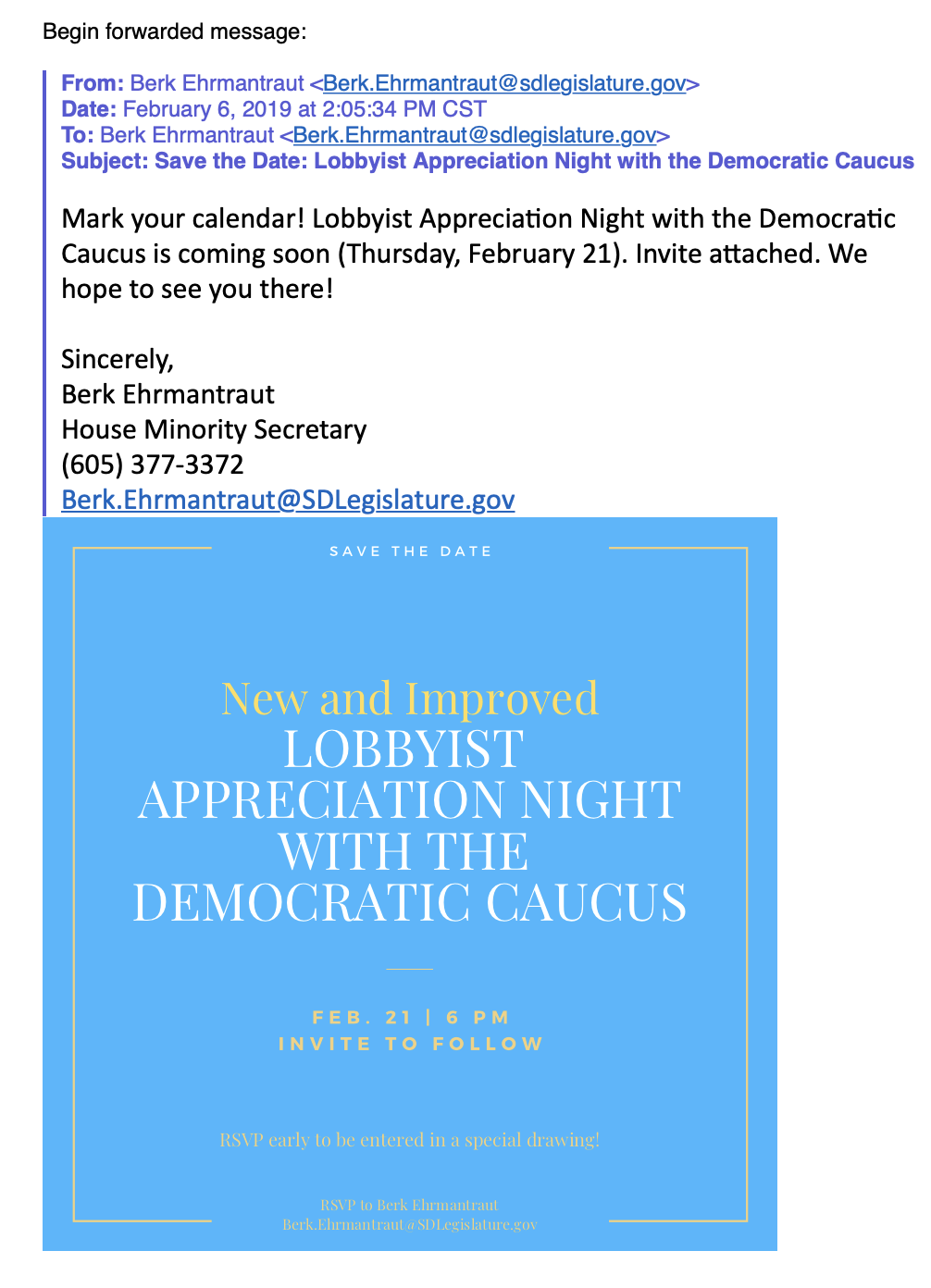 Ehmantraut indicates to lobbyists that they can reply to him about the event (An event which is held every year as a Democrat Fundraiser to fleece the Lobbyists) at [email protected]:

While there’s no disclaimer or indication who is paying to sponsor the event, last year’s invitation came out from the Majority Project PAC.

Do you think he has a card reader hooked to his computer in the House Dem office, so he can take credit cards from Lobbyists?  If so, I hope they’ve set up a secure line for Dems to do their fundraising in the Capital.  “New and Improved” Lobbyist reception must mean that it’s “New and Improved” because they’re doing the fundraising all in house. (In the State House, that is).

Where did Democrats come up with this young man to serve as their Secretary? According to his Linked In profile, It looks like they brought him into his Legislative Research Council administered position as the House Democrat Secretary straight off of the Billie Sutton campaign: 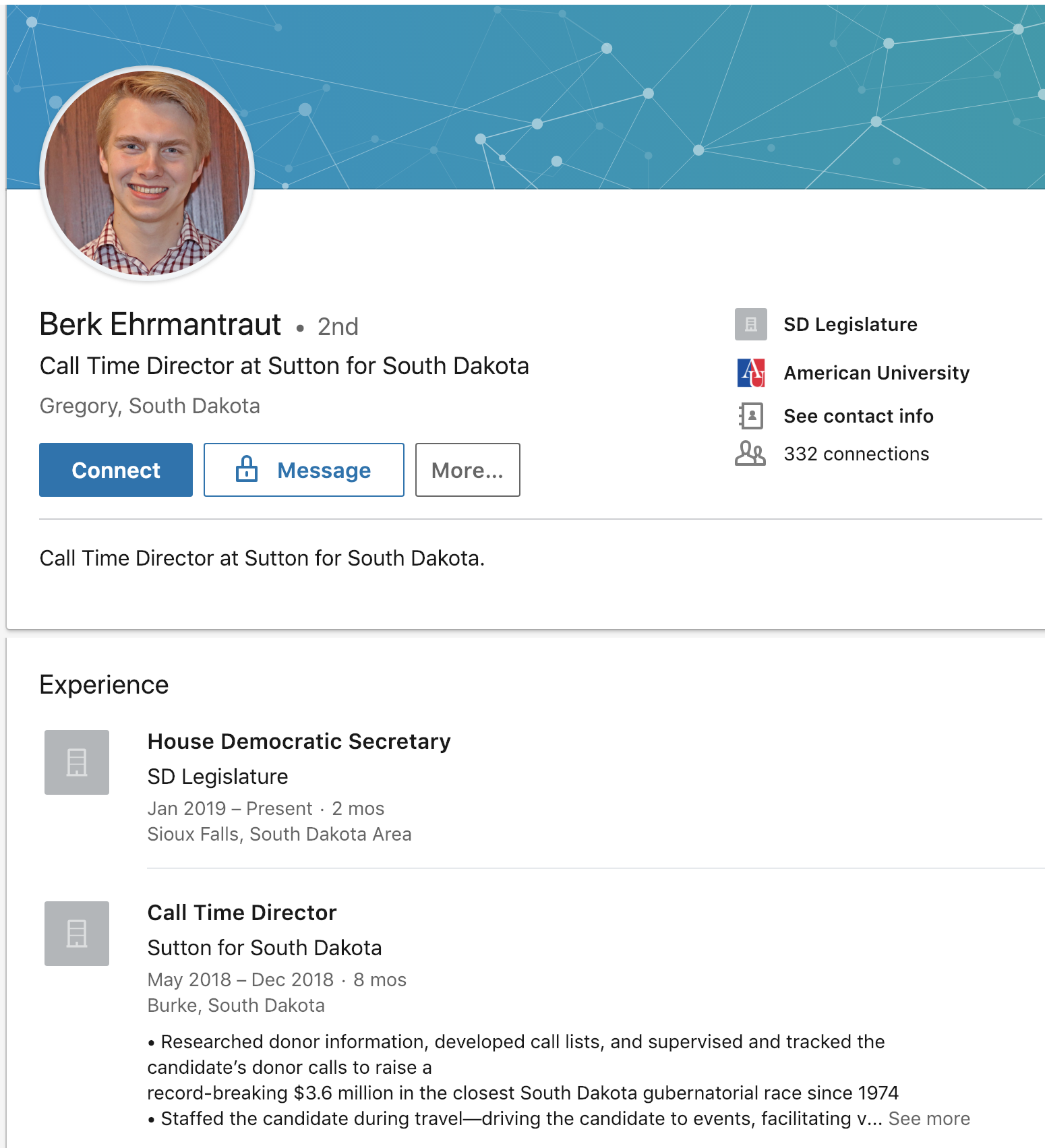 If memory serves, Didn’t Ann Tornberg try to similarly work for LRC when she was chair, and that was nixed?  I’m not sure how this is any different.

The whole incident is a bit annoying. The SDGOP has a staffer in Pierre who they have to pay out of their own pocket for. Frankly, if the LRC is going to decide that Democrats are going to be allowed a partisan staffer for the session, they should tell everyone that up front before session, so it can be applied fairly across the board?