Try not to be shocked, but it sounds as if Lora Hubbel was denied the Constitution Party chairmanship… again. 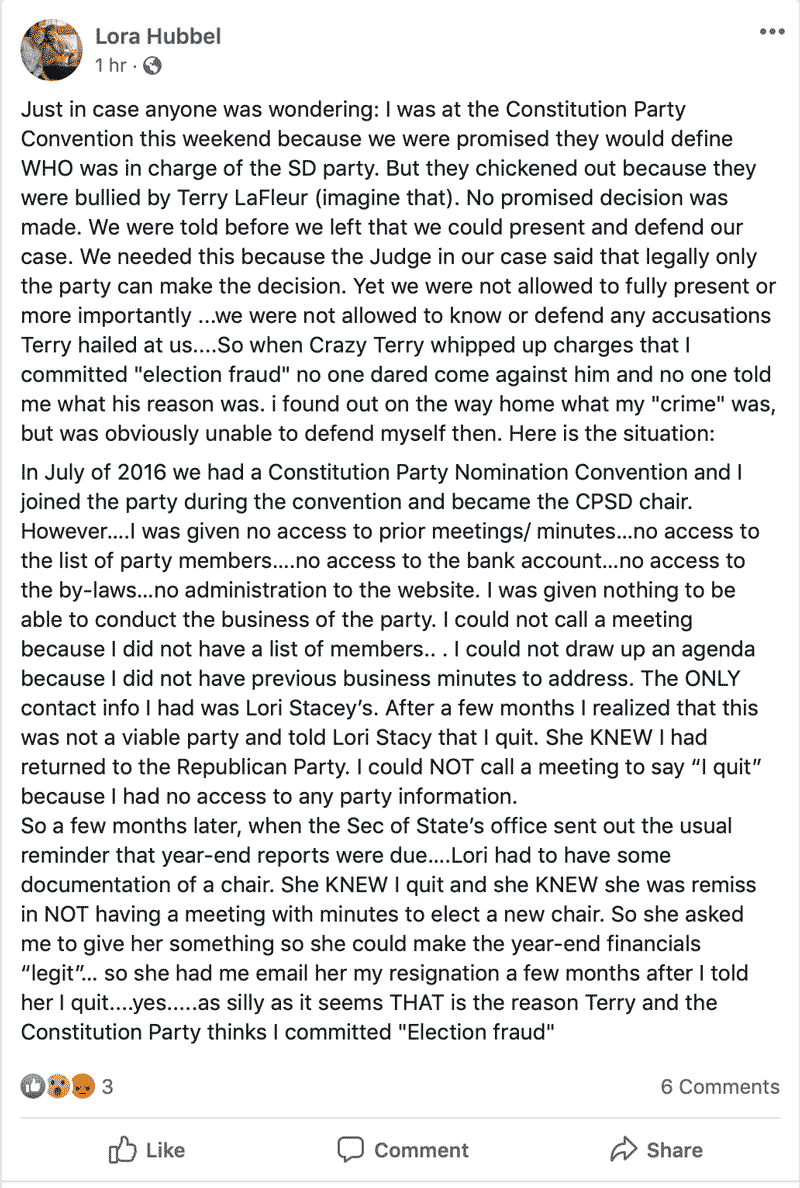 After being stymied in her attempt to takeover the Constitution Party by holding her own convention, Hubbel had sought a declaration from the National party to be named the leader of the alternative party in SD. Which failed.

Upon returning, Lora resumed business as usual, and proceeded in her campaign for Sioux Falls School Board with some completely disproven and debunked anti-vaxxing rants, insane claims of “political leaders or their cronies can kill Richard Benda and the Westerhuis family,” and attacking the SDGOP. 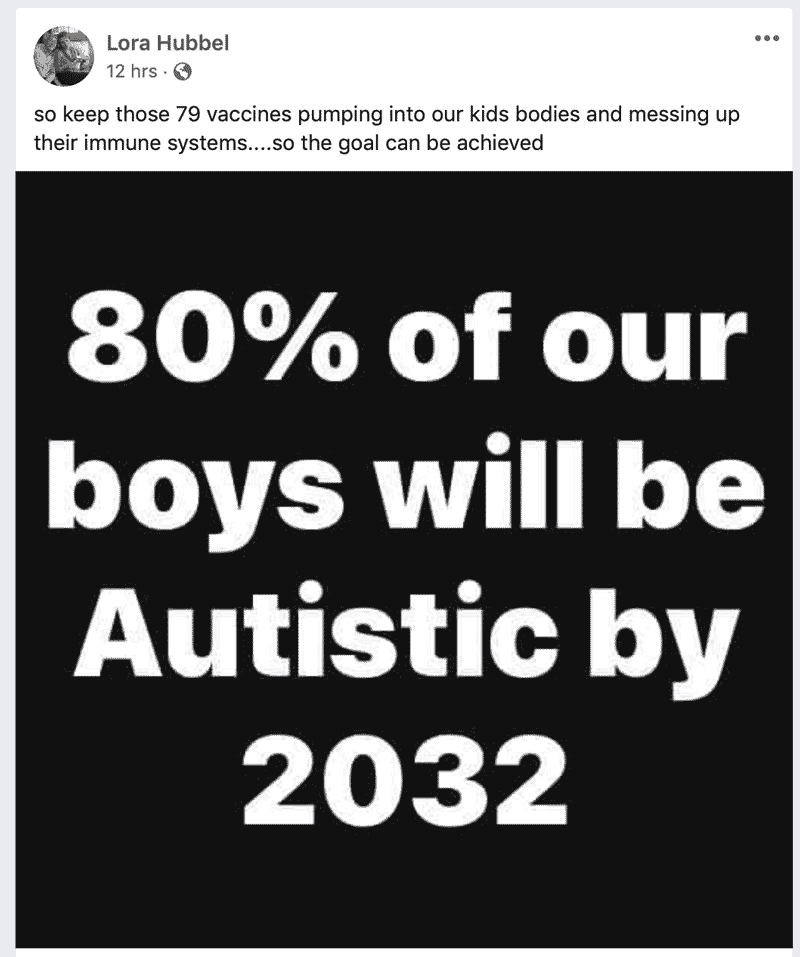 Because attacking the SDGOP, claiming political leaders are murdering people, and anti–vaxxer rants have worked so well for her to date?

52 thoughts on “Constitution Party disinterested in giving Lora Hubbel chairmanship. In response, Lora back to the same old, same old..”