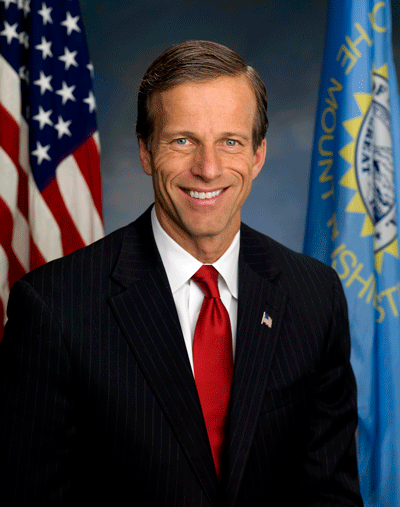 When I’m home in South Dakota, I always hear from a wide range of people about how they view what’s happening in Washington, D.C. For example, if I’m at a local event, I might hear from one person who thinks I’m doing too much about something, then I turn around to hear from someone else who thinks I’m not doing enough about the same issue.

While that hopefully means I’m striking the right balance, I understand there’s often a healthy dose of concern and skepticism about what happens in Washington – and usually rightfully so. It’s easy to point to the headline-grabbing negativity, but I also think it’s important to share positive stories about what’s working, and I have a great example.

Having served on the House Agriculture Committee and now the Senate Agriculture Committee, I’m familiar with farm bills. In fact, the 2018 farm bill was the fourth farm bill I’ve helped write during my time in Congress. I pride myself in being in tune with what farmers and ranchers need and want, but regardless of the issue, I’m frequently reminded about several lessons I’ve learned over the years: You can learn something new every day, and you learn best by listening.

Last year at this time, Congress was in the middle of the 2018 farm bill debate, and I was in the process of coming up with various farm bill-related proposals to introduce in the Senate (I ended up drafting approximately 40, of which 20 ultimately became part of the new law). I was traveling across the state and hearing from agriculture stakeholders when a rancher approached me with a concern she had about the U.S. Drought Monitor.

Having lived and worked through the 2017 drought, she told me the Drought Monitor had provided inaccurate and inconsistent precipitation data and drought designations, which had an adverse effect on determining livestock grazing loss assistance and stocking rates. In one case, the U.S. Forest Service had determined its federal grasslands were too dry, which affected stocking rates, while at the same time, the Drought Monitor designated those same areas as not dry enough, which prevented folks from accessing grazing loss disaster assistance and insurance assistance. She made a great point. How can the same area be both too dry and not dry enough? It didn’t make any sense.

I gave a lot of thought to what she said, and when I returned to Washington, D.C., I was determined to come up with a solution. A little more than a month later, I introduced the Improved Soil Moisture and Precipitation Monitoring Act of 2018, which was aimed specifically at correcting the problem this rancher raised with me in South Dakota. As I’ve often said, no one knows agriculture policy better than South Dakota’s farmers and ranchers.

I fought hard, and several provisions of that South Dakota-inspired bill were included in the final farm bill, and they’re now the law of the land. Just recently, I directly encouraged the secretary of agriculture to prioritize these important provisions as the U.S. Department of Agriculture implements the new farm bill. I know dry weather is the least of folks’ concerns right now, but it will be here before we know it, and I want to be sure we’re prepared.

I use this example for several reasons, not the least of which is to highlight that I’m listening to what you’re telling me. I hope it also encourages you to share what’s on your mind. If you’re experiencing something with a federal government agency that just doesn’t make sense, I want to hear about it. You never know, your idea might just land on the president’s desk, too.