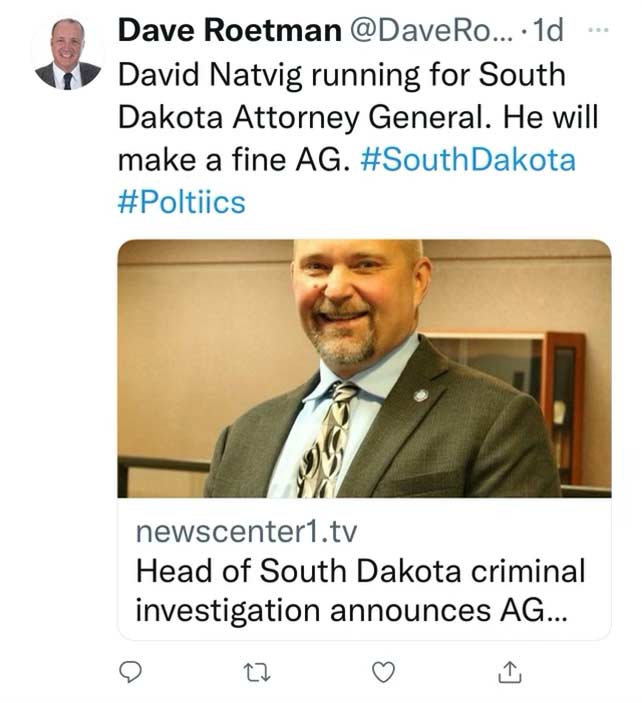 Looks like Dave Roetman, one of the founders of the Patriot Ripple Group in Sioux Falls is backing Dave Natvig for AG.

No word yet on other public supporters.

It’s interesting, as Roetman was said to be behind current Attorney General Jason Ravnsborg’s continued efforts at re-election, despite the impeachment investigation which culminated in the matter being referred to the State Senate.

Roetman has also been rumored to be behind other campaigns, including talk that he’s behind Secretary of State candidate Monae Johnson’s effort, as well as being behind some of the other challenger campaigns in Sioux Falls.

Such as Bobbi Andera’s Sioux Falls City Council effort which garnered her nearly 11% of the vote.