Jamie Smith isn’t getting things off on a truthful footing in his new advertisement for Governor:

It’s time South Dakotans had a governor they can trust. Someone who focuses on them instead of climbing the political ladder.

Wait a minute.. Smith’s commercial claims that the Governor has a jet?  That’s actually not truthful at all: 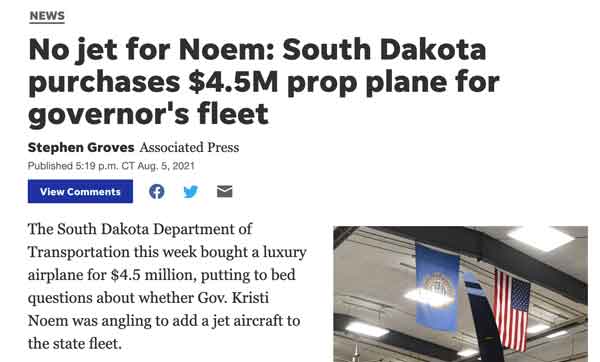 If Smith is going to lie about something as basically verifiable as the Governor’s plane, it’s not instilling a lot of confidence about the level of “truthiness” he’s going to exhibit in the rest of the campaign.