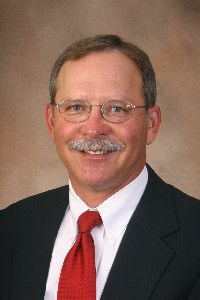 (Rapid City, SD) – South Dakota Secretary of State-elect Monae Johnson announced today that Thomas J. Deadrick will be joining her office as Deputy Secretary of State. “As an attorney, former legislator, and former deputy, Tom brings a wealth of knowledge and experience to the position that will be invaluable to me. Tom has a long history of service to our state and the people of South Dakota, and I am thrilled to have him as part of my team,” Johnson said. Deadrick previously served as Deputy of Business Services from 2015-2018 under former Secretary of State Shantel Krebs.

A graduate of Platte High School, Deadrick earned a Bachelor of Science degree from South Dakota State University and holds a Doctor of Dental Surgery degree from Loyola University School of Dentistry, Chicago and a Juris Doctorate from the University of South Dakota School of Law. He practiced dentistry in Philip, SD for five years before transitioning to law. He practiced law in Philip and Parker, SD and served as state’s attorney in Turner and Charles Mix counties. From 1995-2014, he operated Deadrick Law Office and Platte Title Company in Platte. A Republican, Deadrick served in the South Dakota House of Representatives from 2003-2010 and was Speaker of the House from 2007-2008. Since 2019, he has worked as an Assistant Attorney General for South Dakota. Deadrick and his wife, Cindy, have two grown daughters and reside in Pierre.