Just opened up a box I’d received in the mail on some political ribbons I purchased recently all relating to the Edgemont & Hot Springs, SD area. (And I got a good deal). The main items I were after in the purchase were these great ribbons commemorating President Taft’s visit to Edgemont in October of 1911: 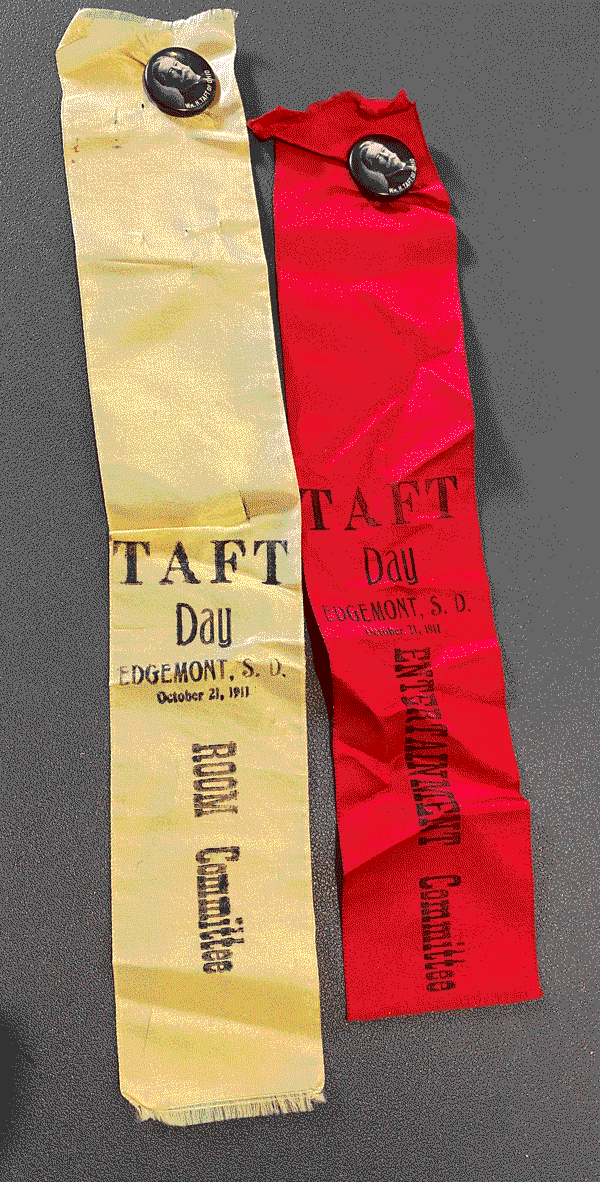 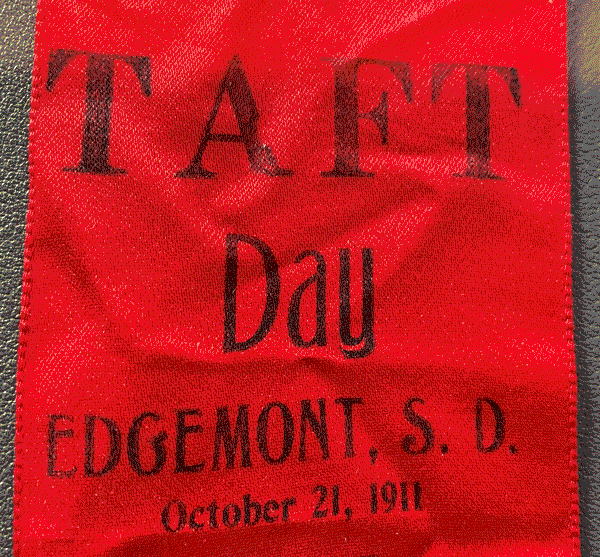 And if you’re interested in more about the trip, From the Pierre Weekly Press (26 Oct 1911): 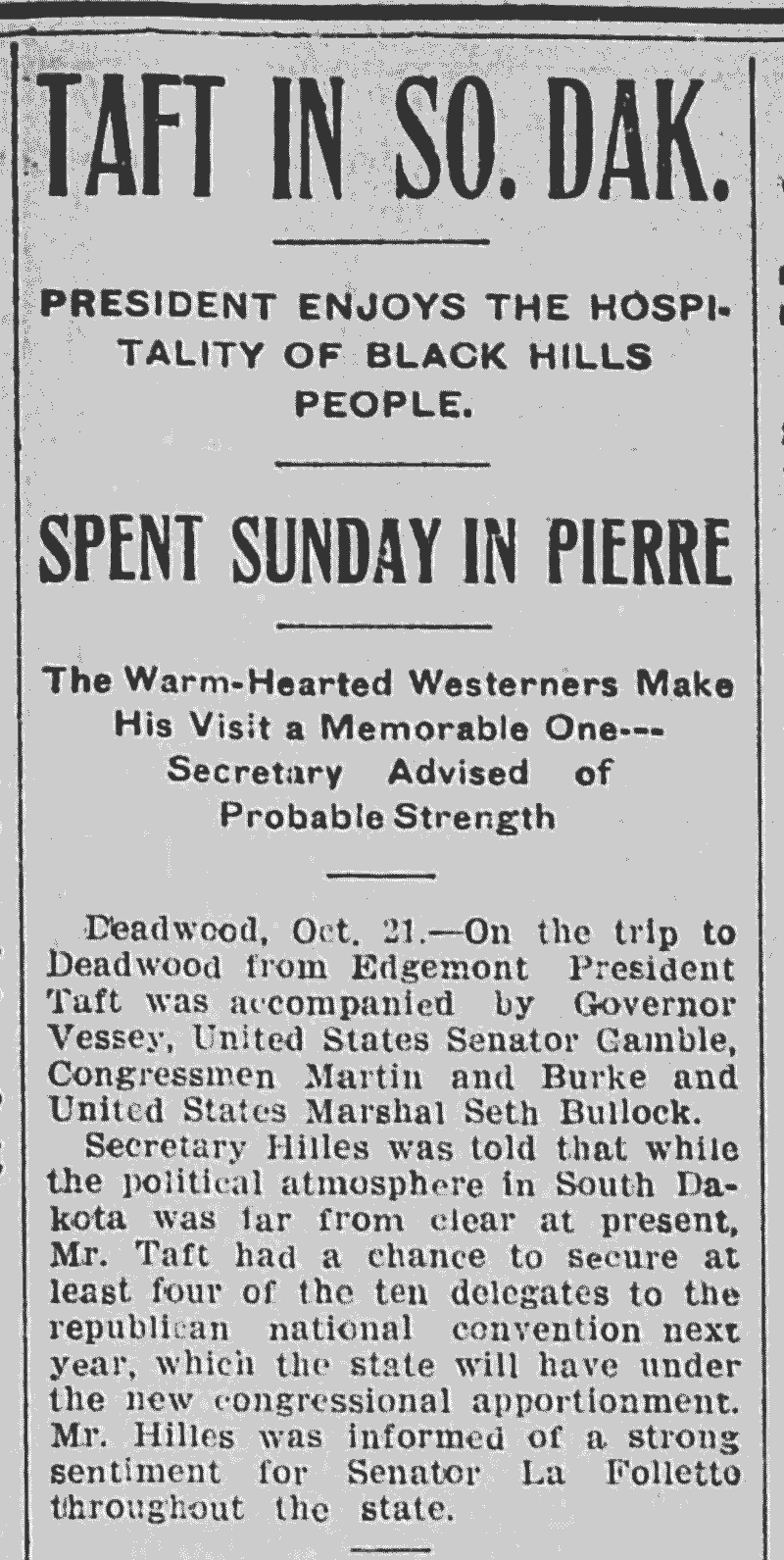 And more recently, from the Rapid City Journal:

In October 1911, Taft made a three-day visit through South Dakota. It was the homeward leg of a swing through the western United States.

Taft’s railroad tour of the state included stops and speeches through larger South Dakota towns, as well as brief stops in smaller communities. The trip provided many people, and several towns, their first opportunity to host and hear a sitting U.S. president.

Arriving later that evening in Rapid City, the president’s parade toured the town and its streets adorned with “electric lights.” When he arrived at his speaking engagement, eight Sioux Indian chiefs, including Chief Austin Red Hawk, greeted Taft. The delegation of chiefs presented the president with a peace pipe.

Read all about President Taft’s visit to South Dakota here.

I was familiar with the visit, but not that the citizens of Edgemont had produced any swag to go along with it. These will be a couple of great display items for my political ribbon collection.

One thought on “New items for my collection – Political ribbons commemorating President Taft’s visit to Edgemont in October of 1911.”