So I guess if the South Dakota Bikers for Trump are to be believed, Mike Lindell, the pillow guy, is coming to Sioux Falls and nooooo one else will be able to have a hotel room in Sioux Falls unless they’re invited, because everything will be reserved for federal officials, press etc. 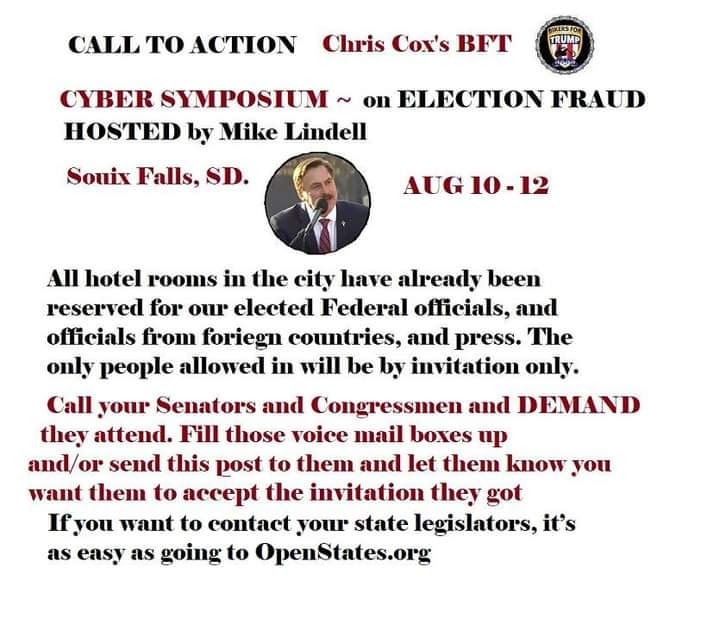 I’m not sure that I believe them when they say “all” the hotel rooms will be taken.  And after the event that was recently held in Mitchell, I’d be a little surprised if any elected federal officials are in attendance. But we’ll see.

In all reality, it does sound as if there will be an event taking place, and Lindell himself claims he’s reserved up to 1000 hotel rooms. But that’s about all the detail we have. Lindell had previously claimed that this symposium would reinstate President Trump after his loss in the November election, and recent reports do place the event in Sioux Falls, and taking place on those dates.

We’re not entirely sure on the location, as It’s not clear what venue this symposium is taking place at. But we’ll let you know when there’s more data on it.

9 thoughts on “Not sure that I believe them when they say “all” the hotel rooms will be taken.”