Sounds like nothingburgers are on the menu today in Sioux Falls as Mayor Paul TenHaken sends a text update about a concert to his campaign followers, and his opponents who don’t have campaign followers are freaking out: 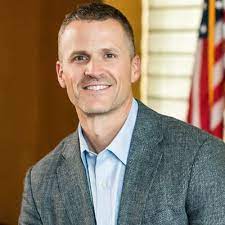 Subscribers to TenHaken’s campaign texts got that update — the first and only text sent from the service — shortly after the concert was announced in a tweet by the Premier Center’s Twitter account on Monday morning.

In an interview Monday afternoon, TenHaken said he’s “always looking for different ways to communicate with people,” and said he liked the “pure, 1-on-1 communication” someone could get via a texting service.

“The Premier Center is owned by Sioux Falls taxpayers,” Islam said in a statement. “Requiring residents to sign up for the mayor’s campaign account to get ‘insider updates’ about what’s going on at a public facility is completely inappropriate. The mayor should shut down his text account now, if he’s going to seek political gain from public information.”

My emphasis on those.. Read this ridiculousness here.

So, here’s the timeline. Concert announced on twitter. Mayor TenHaken sent out a campaign text to his followers about big concert shortly after the concert was announced. And his opponents who can gain no interest or attraction in their candidacy against him are freaking out that the mayor publicized already public information.

But.. but.. but.. he called it an insider update! It’s insider information!  Really? They’re gnashing their teeth over a marketing gimmick?

Can someone remind me of the city ordinance or state law is in place which prevents the mayor from taking information already publicized on twitter and sending it out via text message?  Well, here’s an insider tip, in case people aren’t getting it, that’s a lot of the thing with Social Media, people take public information, comment on it, and repackage it in hopes of getting someone to read it.

And that’s also the thing about public information. It’s public.

This literally might be the stupidest non-news story I’ve read in a while as TenHaken’s opponents try to gain a toehold on to anything resembling a campaign.

The fact that a story about the opponent criticizing the mayor publicizing public information might also be an indication how desperate the local media is to gin up a story to show a pulse in the Sioux Falls mayoral race from the challengers who to have date have gone nowhere.