In case you were wondering how the county delegations voted at the election, the Republican Party has released the votes by county in yesterday’s convention nominating elections.

First up, Steve Haugaard versus Larry Rhoden for Lt. Governor: 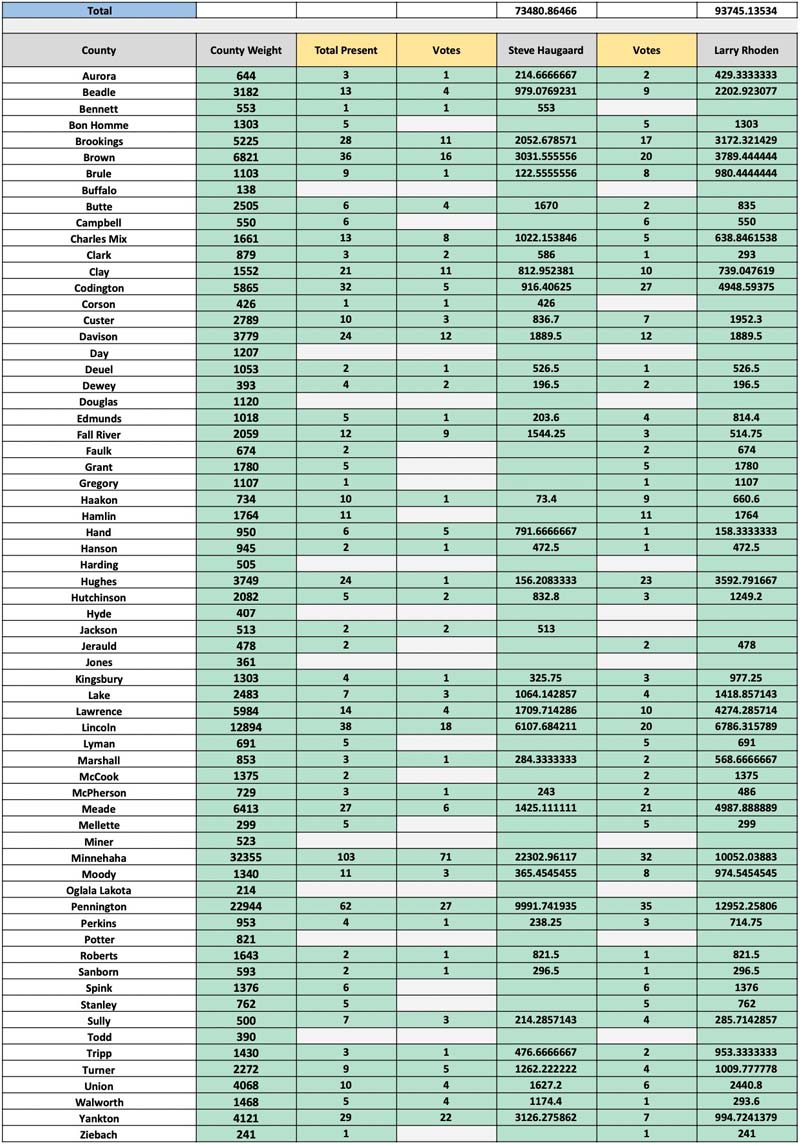 and Monae Johnson versus Steve Barnett for Secretary of State: