Word is floating around out there that Taffy Howard might be working behind the scenes on a run for State Republican Party Chair or Vice Chair this next year.  Yes, Taffy Howard of the 86% attendance record.

Tonight on Facebook, Taffy gave us a preview of what her leadership (or lack thereof) would look like, as she spewed a message of venom and disunity on Facebook because House leadership is not looking how she would have liked: 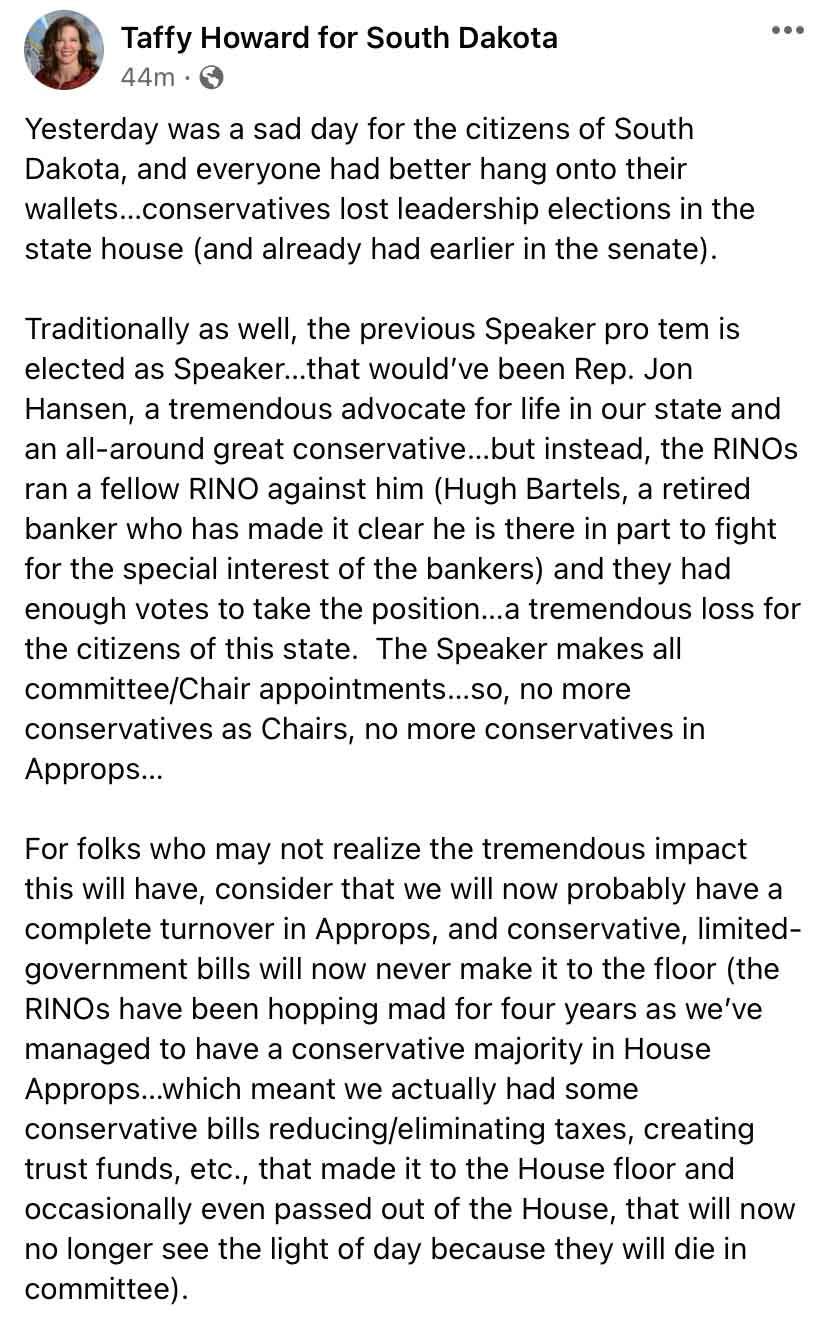 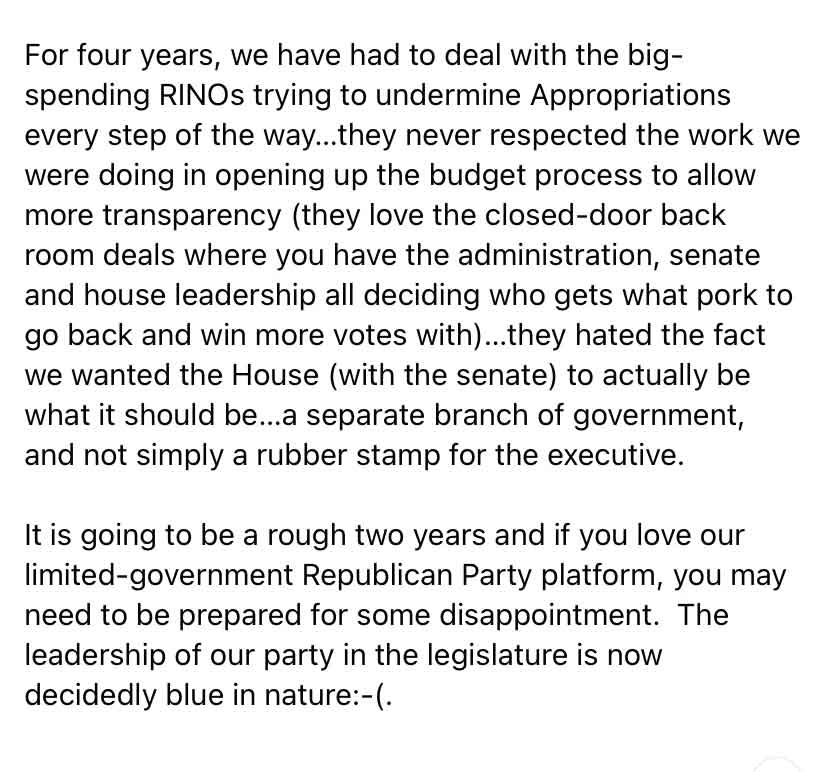 So, because Taffy doesn’t get her way, the majority are all RINO’s running fellow RINO’s against her choices..? Really?  I’m not really seeing how some sort of evil fix was in.

Nevermind that the House and Senate Caucuses selected from among their own membership based on who had the confidence of their colleagues. This might be one reason Congressman Dusty Johnson won in a landslide against Taffy in the GOP Primary election. Because Taffy has no interest whatsoever in considering that (as proven at the ballot box) she might be in the minority.

It’s almost a little scary that there are even rumors that she would even consider attempting to offer herself in consideration for statewide leadership of the South Dakota Republican Party. It’s kind of like when Lora Hubbel found herself as chair of the Minnehaha County Republican Party. More than a decade later, that group is still trying to recover from the damage Lora did.

I’m guessing that’s the kind of leadership Taffy would bring.

Because I don’t get the impression that she has any interest in growing the Republican party. As much as figuratively throwing gasoline on Reagan’s big tent, and burning it down to the ground while yelling “RINO’s” as she danced around the fire. And then washing the ash down a sewer grate in hopes of eliminating people that don’t think as she does.

Yeah..  I don’t think that would end well.

15 thoughts on “Is this a preview of Taffy Howard’s campaign speech for GOP Chair? Remember when Lora Hubbel ended up as Minnehaha County Chair? It would be like that.”