While we’re noticing that one of Jason Ravnsborg’s right hand men have announced that they’re running for Attorney General, a piece came out in yesterday’s mail for that other guy..

Former Attorney General Marty Jackley sent a note to delegates, asking them for their support, and pointing out the law enforcement officials who are backing him: 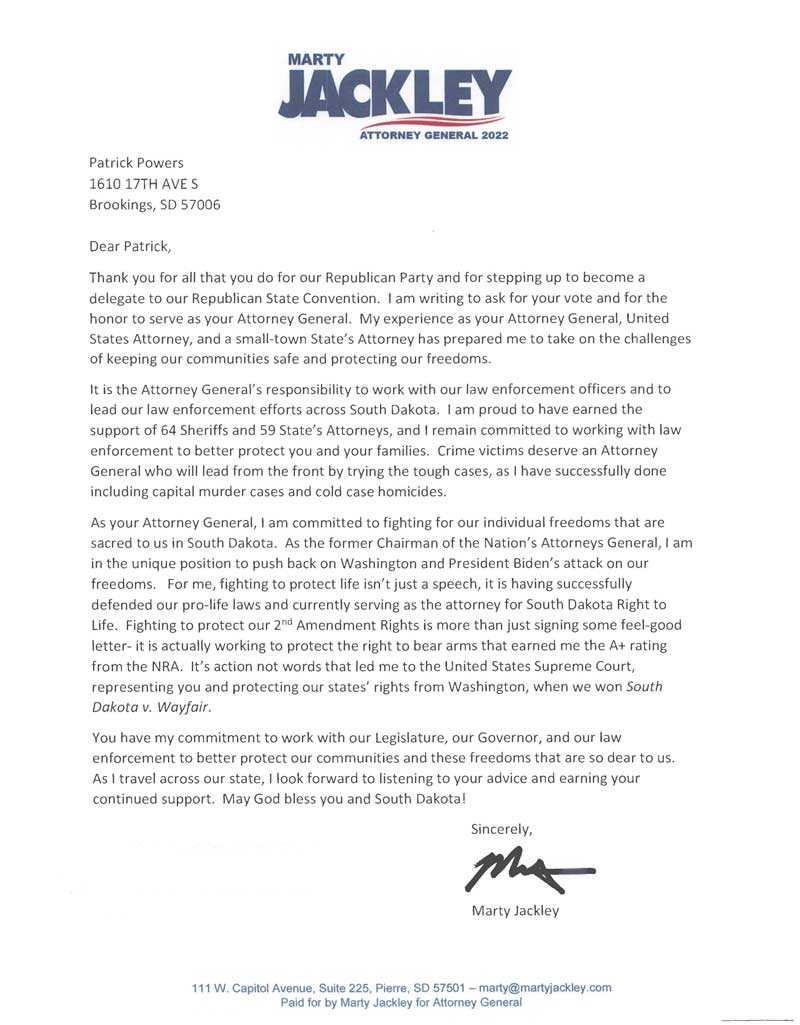 You have to admit, it doesn’t leave a lot of air around anyone else who finds themselves jumping in the race.