If you start digging into the social media for US Senate Candidate Mark Mowry (who announced his candidacy in the mainstream media today after becoming a Republican) you quickly see that my offhand derision that he’s the QAnon candidate might not be too far off the mark.

For starters, Mowry noted that he was in attendance at a certain US Capitol Rally earlier this year. One that eventually went a bit… sideways. 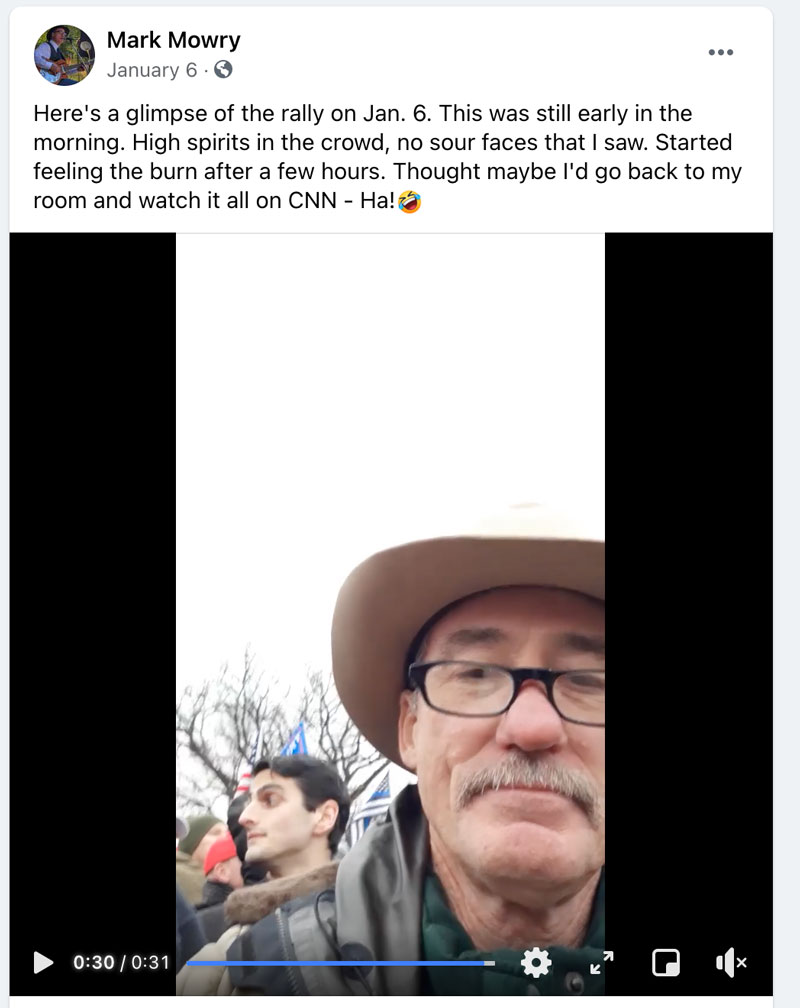 Of course, aside from his attendance, we also have him promoting claims that the Nashville bombing was done to hide fraud with Dominion voting machines. 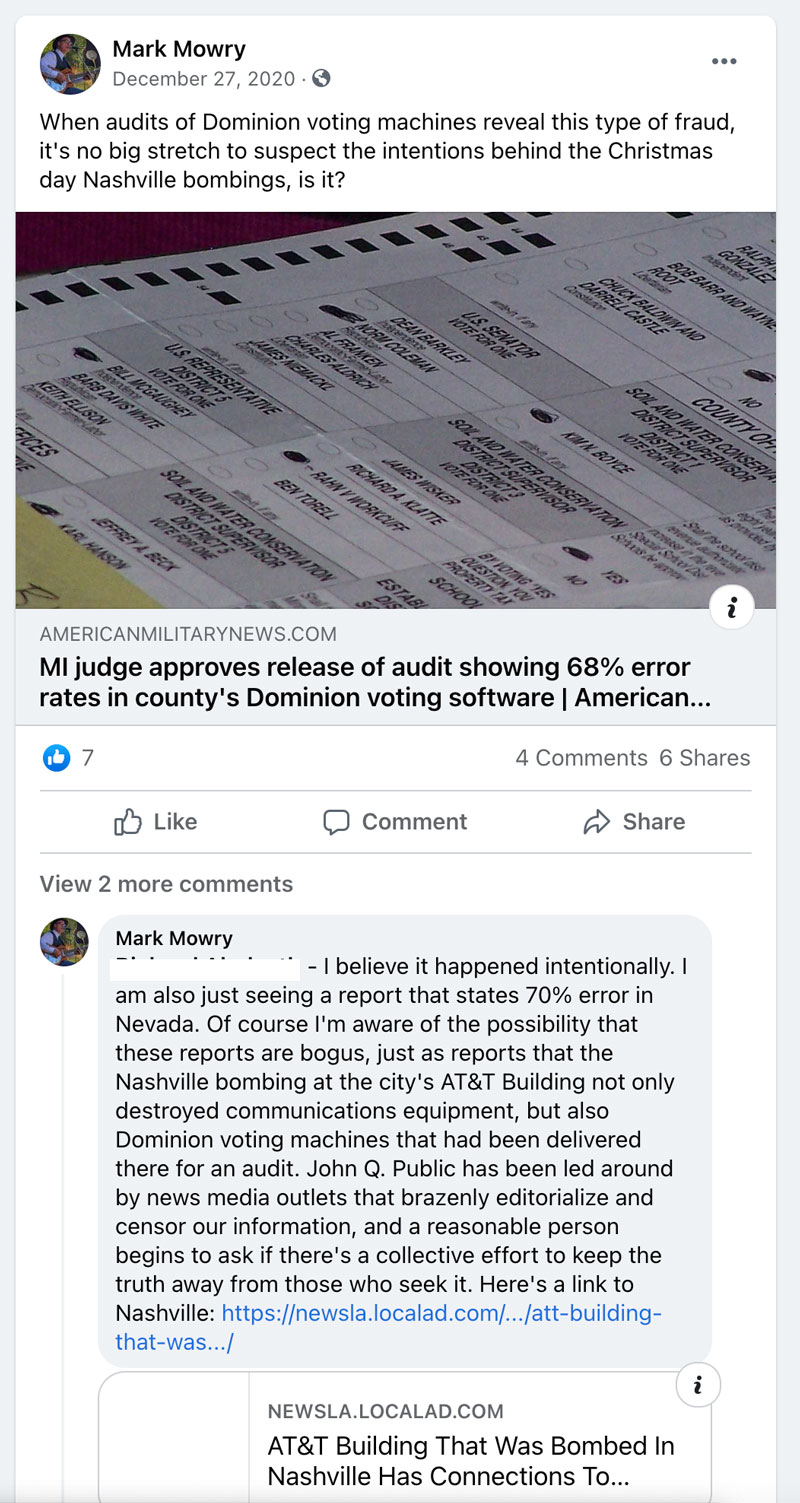 Repeating the conspiracy claim was bad enough, but then we have Mowry explicitly stating that he believes the bombing “happened intentionally?”

(Of course, it didn’t exactly happen as Mowry speculated.)

If you like Marjorie Taylor Greene in Congress, I suppose that Mowry might be to your liking.

But for the rest of us, I prefer our US Senators not promote crazy facebook conspiracies.