MCALLEN, T.X. – Today, Governor Kristi Noem heard from 48 South Dakota National Guard troops stationed on the southern border. The troops briefed the Governor on what they’ve seen and heard during their deployment.

“Our South Dakota National Guard is proving they can serve with excellence at the southern border. Border Patrol and the Texas National Guard made clear the soldiers we sent are providing critical support for this border mission,” said Governor Kristi Noem. “I asked our guardsmen what their needs are and what more we can do to help. They asked for more time to complete this mission, and we are evaluating the possibility of extending their deployment.” 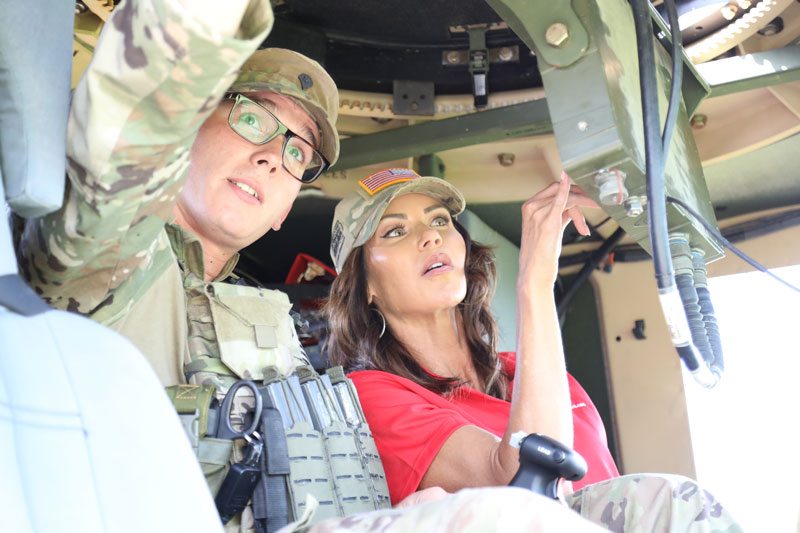 The troops departed for the border on a 30- to 60-day initial deployment on July 6th. Governor Noem subsequently announced that South Dakota will be sending an additional 125 members of the National Guard to the border for a 9 to 12-month deployment at the behest of the federal government. That subsequent deployment will be made later this year.

“I am grateful to these soldiers, who have volunteered for this deployment. The message I have received is clear: this deployment is working, and our Guard is committed to strengthening our border security,” Governor Noem said.

Photos of the Governor meeting with the guardsmen can be found here.