Governor Noem apparently lost one of her most valued advisors today, as Kennedy Noem spent her last day at the State Capital, announced this evening that she’s moving to Tennessee in a few weeks to pursue her MBA: 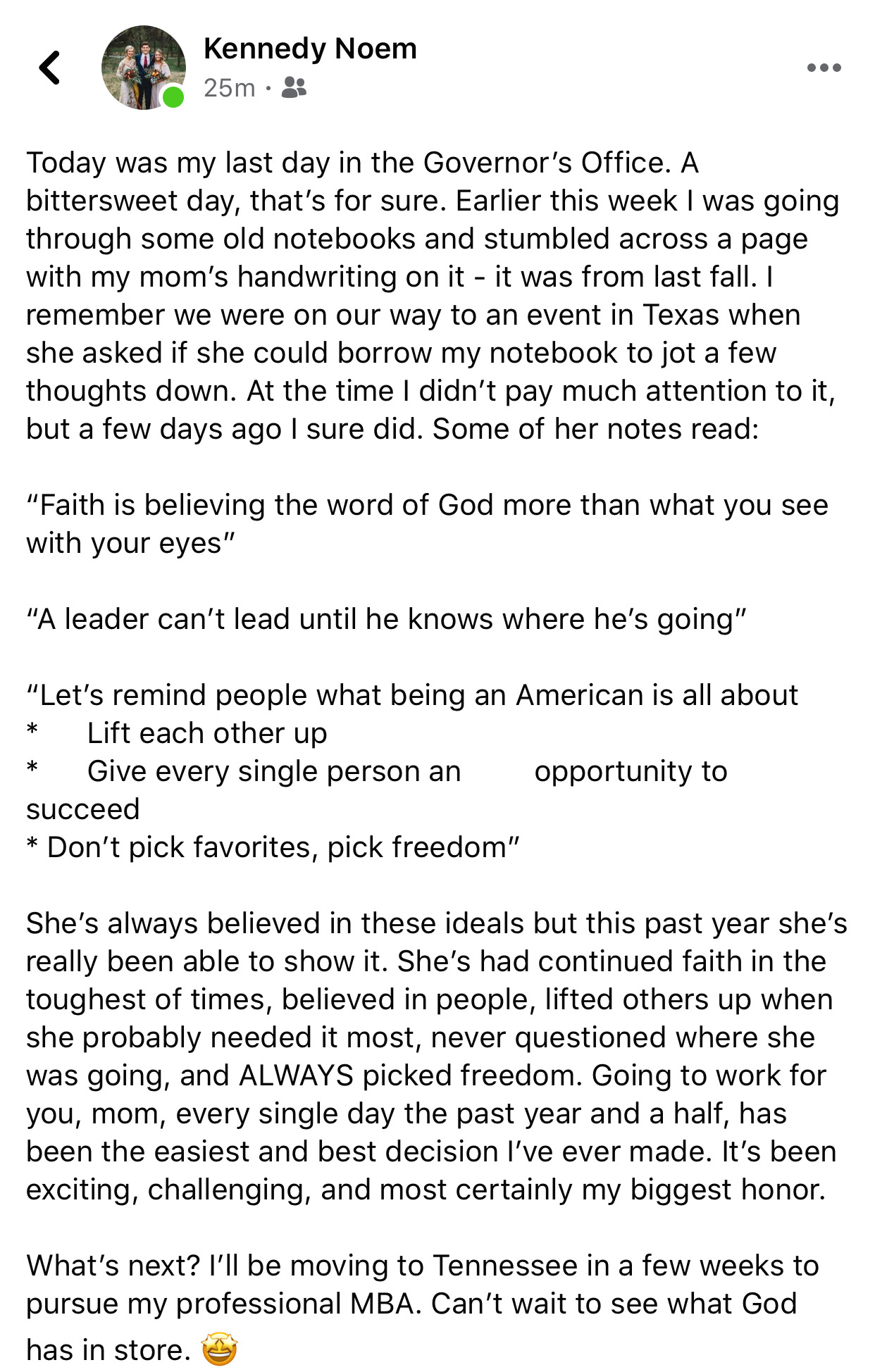 13 thoughts on “Kennedy Noem departing Pierre to continue her education.”