This is new to facebook as of a few hours ago. The Sioux Falls based “South Dakota Voices for Justice” has a few choice words regarding the candidacy of Sioux Falls School Board candidate Lora Hubbel who has an election tomorrow: 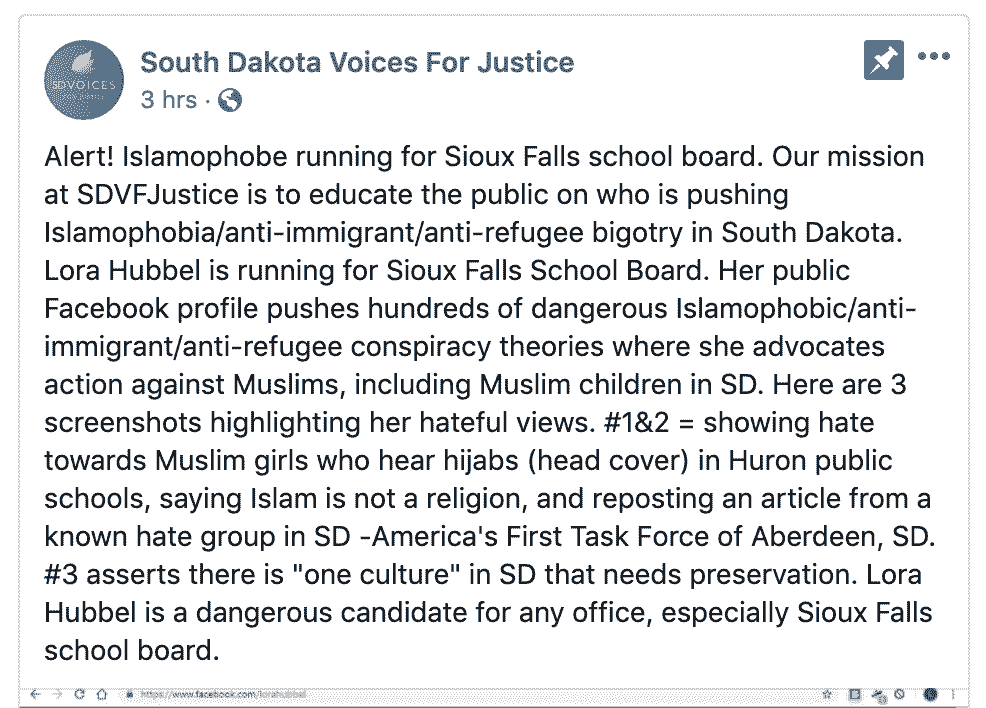 Descriptors such as Bigotry, hateful, and noting that “Lora Hubbel is a dangerous candidate for any office, especially for Sioux Falls School Board” echo some of the things I’ve been pointing out for years about Lora, a Constitution Party member running for public office.

This might be a rare subject that both Republicans and Democrats can agree on.