While Democrats are downplaying it for the press, privately the party is facing significant turmoil, and what might be record financial penalties by the Federal Elections Commission for a South Dakota political organization.

If you’ve read the FEC Audit Report below, the first few pages allude to what will be a nearly $24k refund that the party may be required to provide for unallowed donors, which would come in addition to any fines levied by the election regulator. From page 3 of the report: 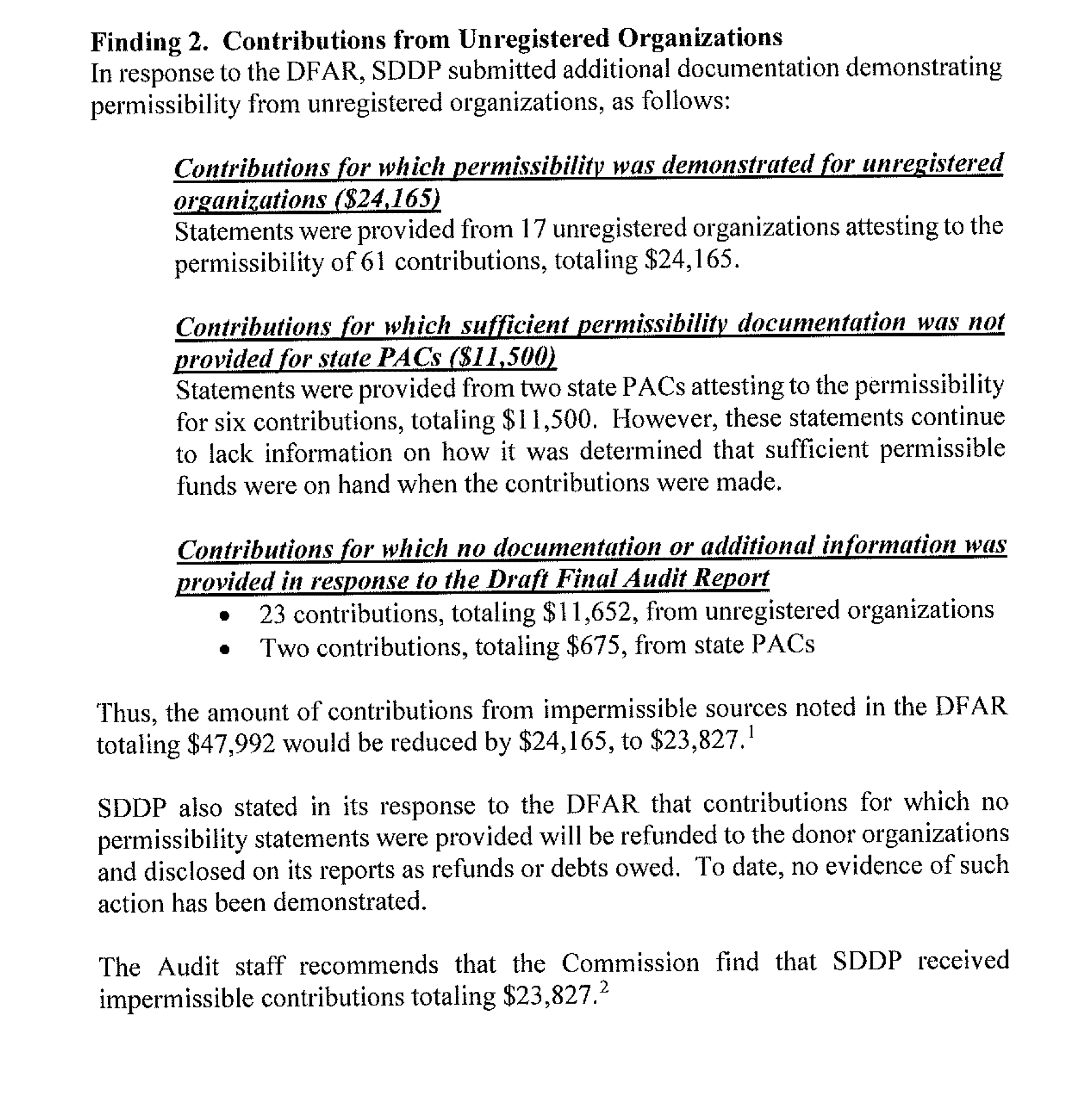 So right off the bat, it appears that the Federal Elections Commission is going to demand that the South Dakota Democrat Party return nearly $24,000 of money that they should not have received in the first place.

Given the fact that South Dakota Democrats only have $3000 or so in the bank, this would be the start of some really tough times for the party at the hands of the prior chairwoman, Ann Tornberg.

In a notice posted across a few South Dakota websites, new SDDP Chair Paula Hawks and new SDDP Executive Director Stacey Burnette are scheduled to speak at the Sioux Falls Democratic Forum at noon on this coming Friday.

This might be the perfect time and place to question the two as to how they intend to operate the party in the face of the Federal Elections Commission noting that $24k in donations were impermissible, and the potentially record fines that the FEC could impose on the South Dakota political party.

Stay tuned. It’s only going to get better.