Hey all – back on the air.. on a computer as opposed to a phone charged from battery packs and my truck.

I was out of power for about 30 hours, and there are friends and relatives who are still waiting. It has been crazy to say the least, from Derecho slammed Brookings.  Thankfully, I’ve got a gas stove, and I ran over to Ace hardware in Volga to grab a small charcoal grill, after I had gotten rid of mine when I got an electric pellet smoker.  The home of South Dakota’s largest University is nearly back up and running thanks to the diligent utility, emergency, and other crews who have been working hard.

While all the weather lunacy has been going on, the mail was delivering just fine, and postcards have been hitting across the state. I’ve got a sampling of them for you for your reading entertainment.

Several legislators took some lumps, and at least one this weekend took a huge bump from the state’s chief executive:

First off, Kaleb Weis took a hit for his opposition to Governor Noem’s freedom scholarship, pointing out that his home district would have benefitted from some of the enrollment opportunities. 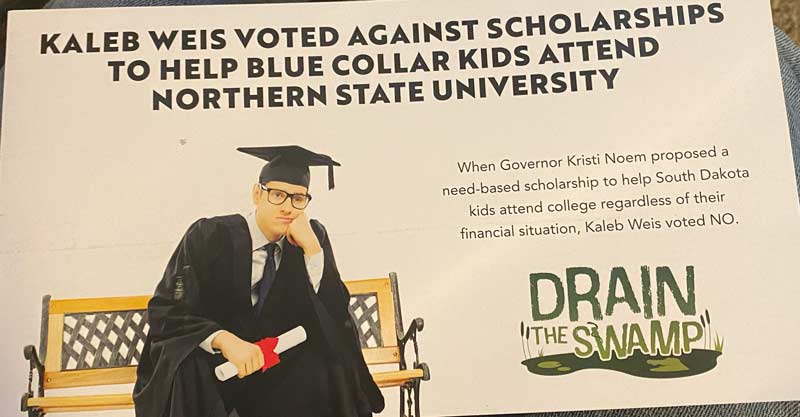 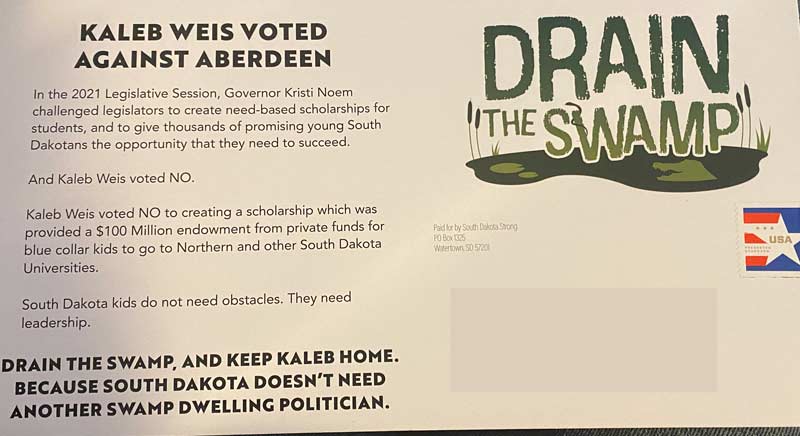 Maybe not the smartest vote he’s ever taken. I’ll just stop there.

Speaking of Universities, Doug Post took a lump today regarding his testimony to the redistricting committee last year about how he wanted to see his area drawn.

I sense a trend about candidates and how their views affect universities.

Lee Schoenbeck, who is celebrating a birthday today, had a nice positive postcard pop into mailboxes with some bullet points on his background, as well as noting his support of Lake Area Technical College: 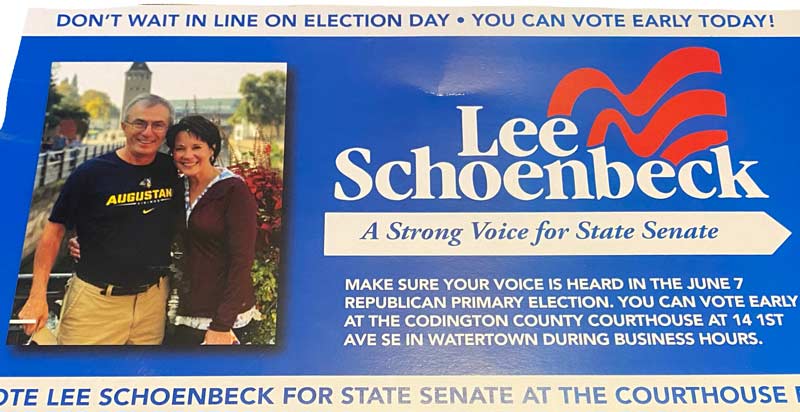 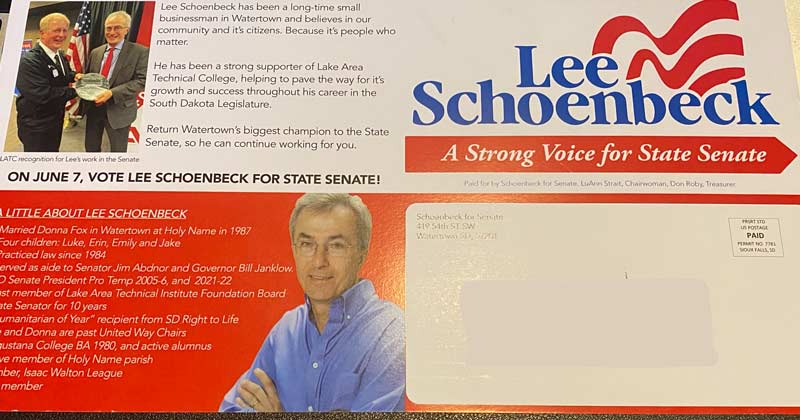 In strong competition for the title of worst legislator in Pierre, Julie Frye Mueller is finding that her vote in opposition of the general bill has some consequences along the lines of what she voted NO on, in this case the State Veterans Home, which had funding contained in the Bill: 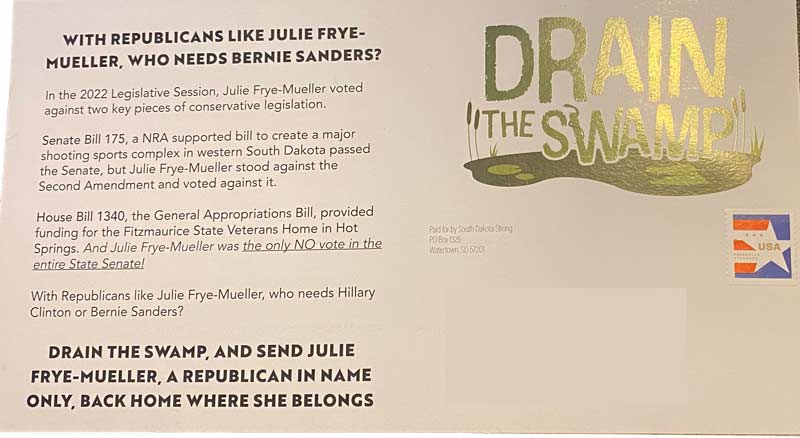 Oops. That might be a challenging vote to explain to the residents of the southern part of her district.

Tom Pischke found himself being held to account for a story that broke on KELOland earlier this year, where he complained on the House Floor that a proposed increase in child support was going to hurt him personally: 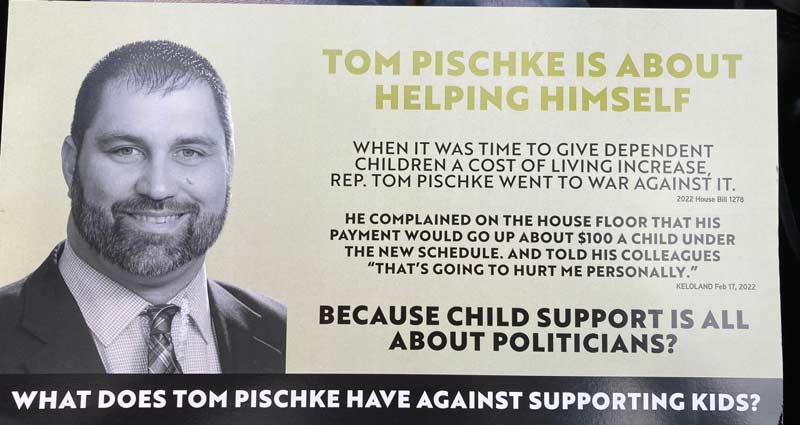 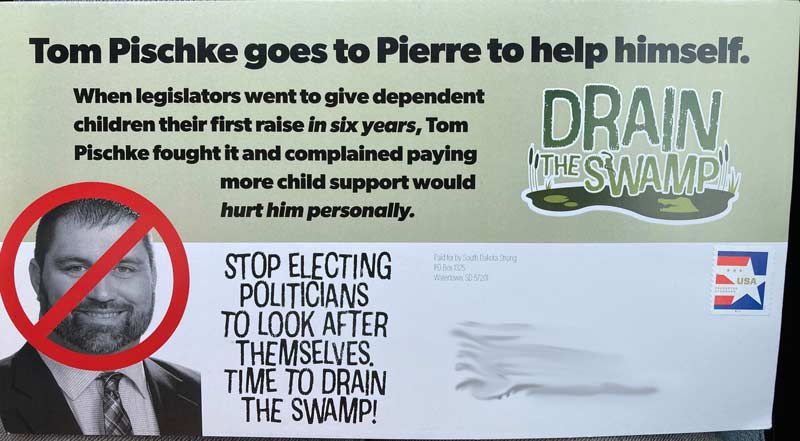 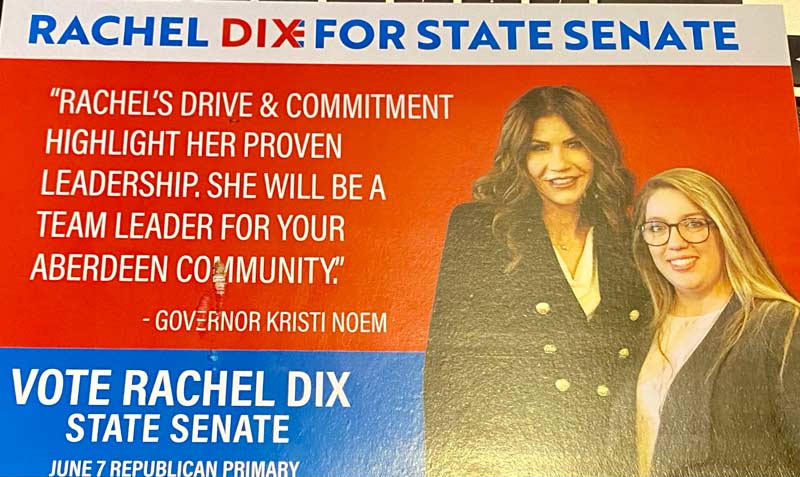 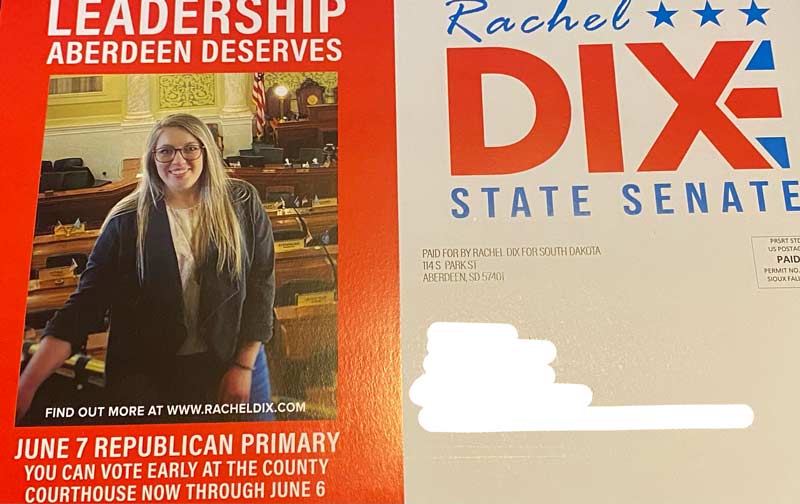 And the election inches closer and closer…

Stay tuned. And if you get a campaign postcard, send it on over. We’d love to see!

32 thoughts on “A few postcards from around the state this weekend. Lumps and bumps in the mailbox.”