Joe Donnell who lost the State Senate primary race to Michael Rohl in June has been selected to replace Logan Manhart in the District 1 House race. Manhart, who withdrew from the District 1 State Representative race earlier this summer, left a vacancy which was filled by the County Republican Central Committees which comprised District 1.

While Donnell lost the June Senate primary on a vote of 71-29%, he won the vote among committee members on a reported vote of 17-12 against Larry Baumgarn.  Donnell’s win for assuming the race came after the support of a group of legislators all from outside his District, with the exception of Tamara St. John, including State Representative Sue Peterson, who is rumored to be running for a leadership position in the next iteration of the House Republican Caucus. 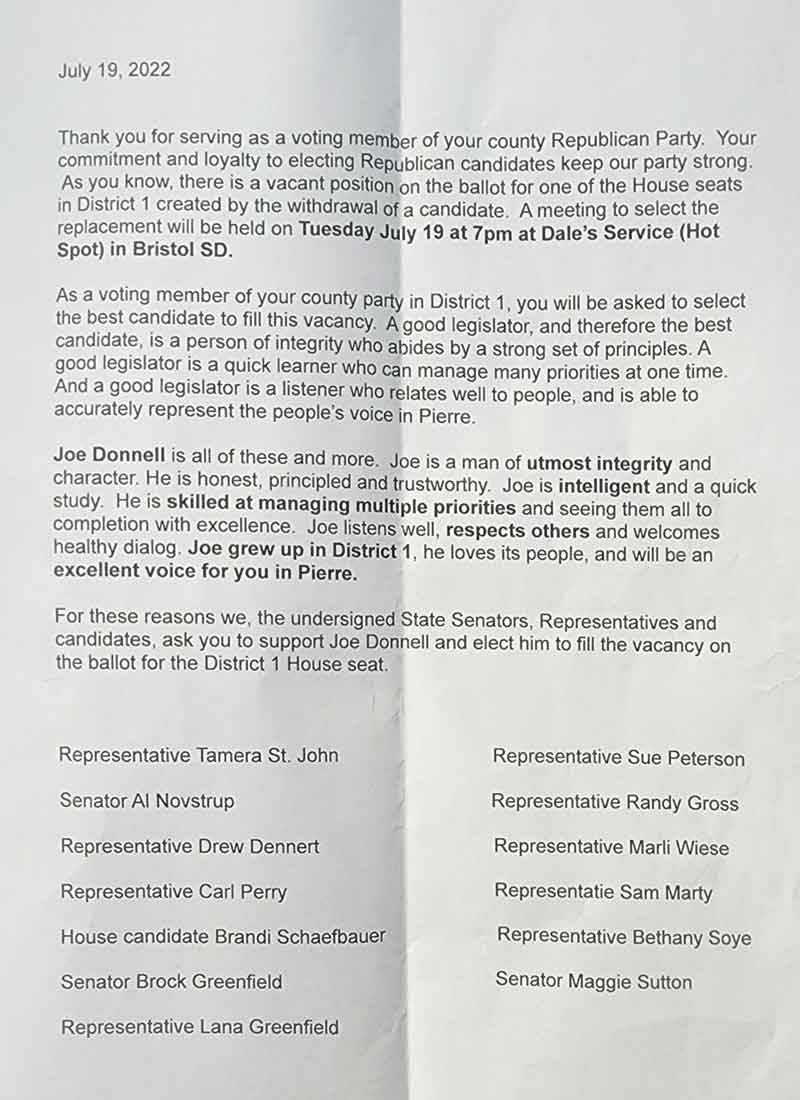 Interestingly, I’m told that Sue herself was up from Sioux Falls on location in Bristol last night actively going to tables encouraging the selection of Donnell over his opponent.

Which you’ll probably see more of between now and November as legislators quietly seek the favor of those who might be there after the dust settles for the caucus elections.

12 thoughts on “Joe Donnell selected to replace Logan Manhart in District 1 State Representative race, after some politicking from legislators”