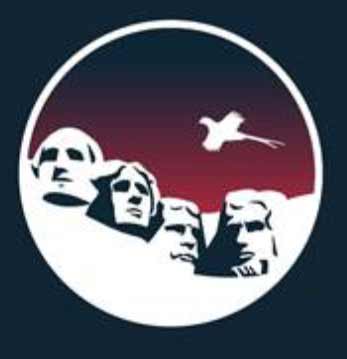 We stayed busy again this week out in Washington – are you sensing a theme here? We’re now just one week away from our August in-state work period, which means we had a lot of work to get done last week and a lot ahead of us this week. On top of voting on legislation and attending committee hearings, I got to meet with nominees to executive positions and talk with multiple South Dakotans. Here’s my Weekly Round[s] Up:

Other meetings this week: Two ambassadors from other countries to the United States: Taranjit Sandhu of India and Seleshi Bekele of Ethiopia; two nominees to executive positions whose nominations are being processed in the Armed Services and Foreign Relations committees; Tom Bossert, president of Trinity Cyber; and five British members of parliament who were visiting from all the way across the pond! Additionally, I hosted a great meeting with leaders in the cyber security community including National Cyber Director Chris Inglis, Executive Director of the Cyberspace Solarium Commission Mark Montgomery, Senator Angus King of Maine and Representative Mike Gallagher. We also had our Senate Prayer Breakfast (Senator Steve Daines from Montana was our speaker) and Senate Bible Study (Our verse of the week was 1 Corinthians 6:11), both of which happen weekly when the Senate is in session.

Votes taken: 6 – One of these was on the Water Resources Development Act, which had a few of my amendments in it pertaining to the Missouri and Big Sioux Rivers that run through South Dakota.

Bills passed this week: My Greatest Generation Commemorative Coin Act unanimously passed both the Senate and the House this week. This bill would authorize the Department of the Treasury to mint commemorative coins, with proceeds going toward maintenance and repair at the National World War II Memorial in Washington, D.C. This bill now goes to the president’s desk.

Hearings: Senate Armed Services Committee – We had a hearing this week on nominations for positions within the Defense Department; Subcommittee on Africa and Global Health Policy – I served as ranking member for a hearing on the Biden administration’s budget requests for Africa.