After nearly being derailed by Allegiant airlines (as I arrived to the hotel at daybreak on Friday instead of Thursday evening), thankfully I had an uneventful and on-time arrival as I returned home last evening from the National Convention of Political Item Collectors.

Except I find that I have a problem. I have to completely rework my State & Local candidate frame to accommodate this monster of a South Dakota political button that I was unaware existed until my eagle-eyed wife pointed it out: 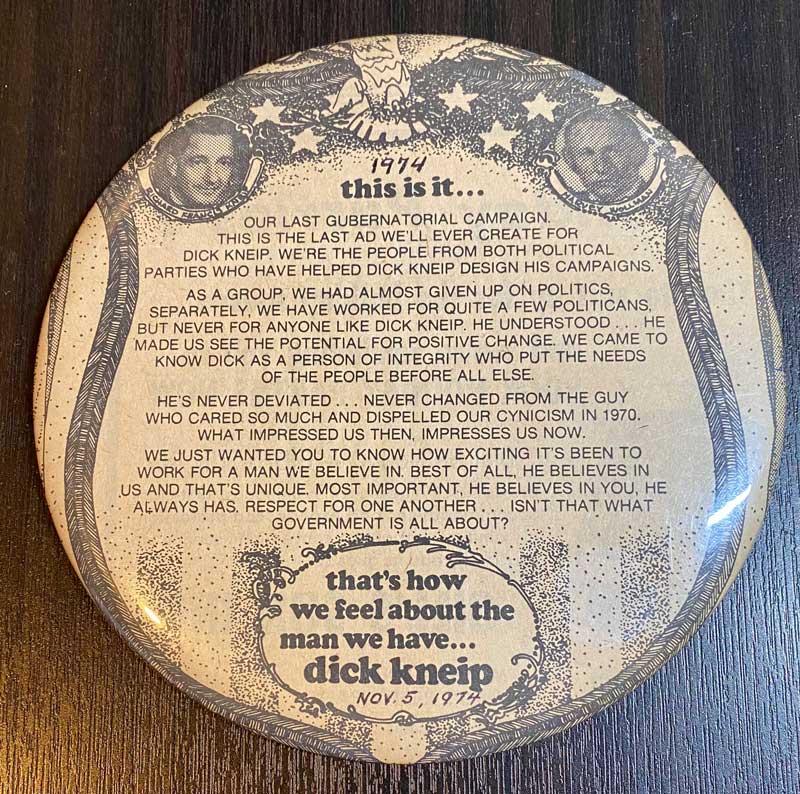 Either copied from or made directly from a newspaper ad, I don’t know that this political button has ever been seen among South Dakota collectors before. I almost missed it, and two other collectors of South Dakota pins who were at the show passed by it before I found it. Gary Widmann and former South Dakota LRC Director Terry Anderson must have missed it, as they would have certainly snapped up this gem for $20.

What else did I find? By far it was presidential fare, because local items tended to be for much larger states than ours. I did pick up a couple of Larry Pressler items that I did not have on the cheap. Which is the only way I would buy Pressler items. There was a unique Pressler for Congress pin for $85 that I could not bring myself to buy just on general principles. 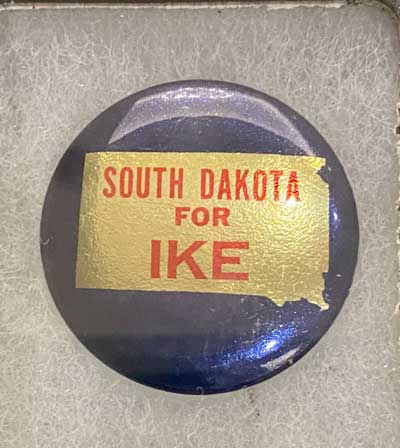 That wasn’t the only item I passed on, as there was a beautiful “South Dakota for Ike” pin was priced a little too strongly for my cheapness.  My wife told me I should have just bought it, but sometimes most of the fun comes in the hunt, and finally tracking it down at a palatable cost.

There are a couple of other pins I’d like to add to my collection like the Ike one – the S. Dakota First Voters Taft League pin is a tough one to find, and there’s another one or two running around.  I couldn’t even find that to purchase.

I’ll have more on the show later – but well worth the travel to Nashville.

5 thoughts on “Returned from the National Convention of Political Item Collectors… and I have a problem.”