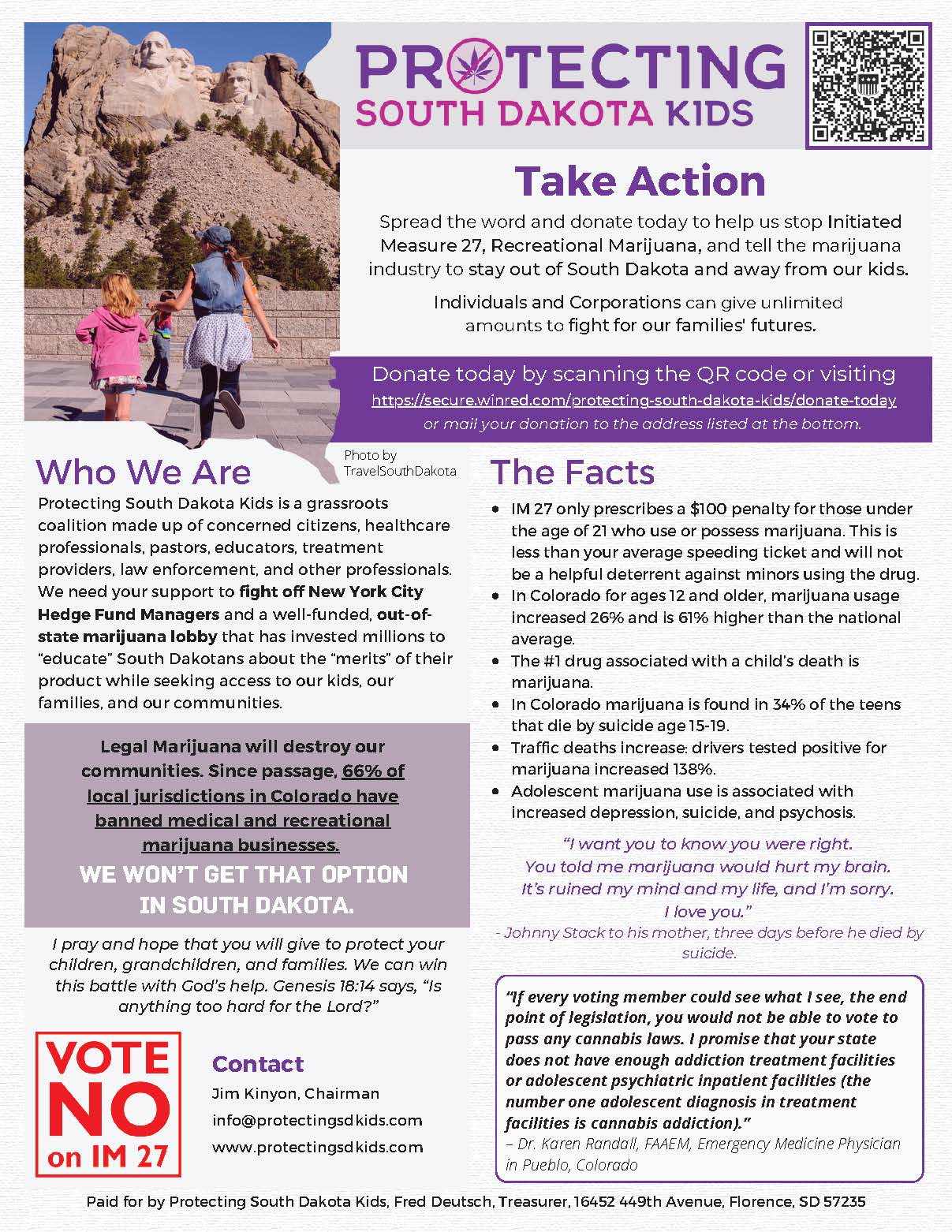 This flyer from the Vote No on IM27 group is making the rounds among Republicans today, as I saw it at the local Republican meeting, as well as an e-mail from another part of the State.

It’s part of the opening salvo against Initiated Measure 27 to legalize pot, which some say is on tenuous grounds, and could fail this November. And that was before anyone began campaigning against it.