The group “New Approach South Dakota” who failed to put pot legalization in the ballot last election seems to already be jumping into the Petition Signature collection fray on the wrong foot in a couple of ways as they get the cart before the horse:

As taken from their facebook page this afternoon, they’re advertising that they’ll be at various fairs and festivals this week: 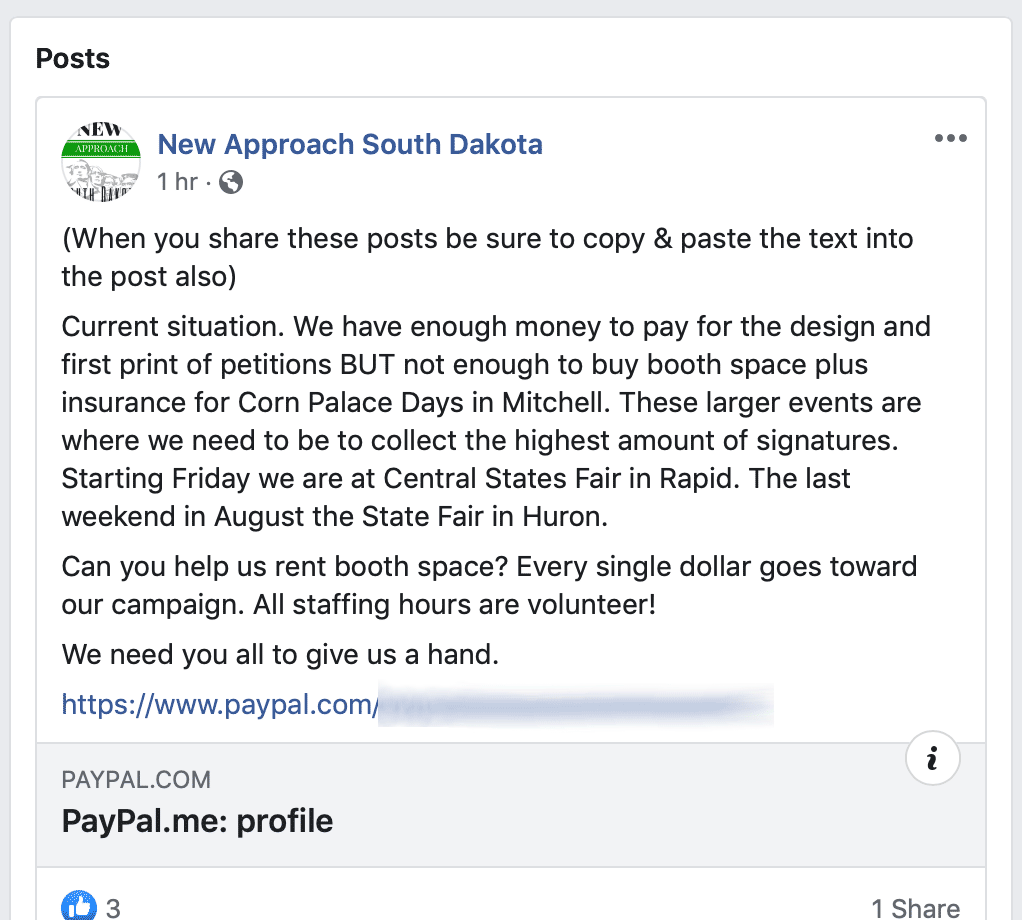 While they might advertise they’re going to be at the Turner County fair today on their facebook page, at least as I was able to find out, signature collection is yet to be approved, and still a no no.

Additionally, according to SOS staff, anyone who would approve the petitions are going to be tied up at the Board of Elections Meeting over the next couple of days, further setting back the pot petition promoters to a time later this week.

What other problems do they have? If you’ll notice the first image in the post, as well as on their Facebook page, they’re starting off the petition drive nearly flat busted broke:

We have enough money to pay for the design and first print of petitions BUT not enough to buy booth space plus insurance for Corn Palace Days in Mitchell. These larger events are where we need to be to collect the highest amount of signatures. Starting Friday we are at Central States Fair in Rapid. The last weekend in August the State Fair in Huron.

Can you help us rent booth space?

So, they can print petitions, or rent booth space, but not both.  Considering the group has about 12 weeks to collect a minimum of 16,961 valid signatures, according to the Secretary of State, the fact that they lack money, organization and are still waiting for the ability to actually collect signatures on their petitions, I have a prescient notion that this is not going to go well for them.

I’m guessing that we might expect that New Approach South Dakota will be taking the same approach they did in 2018.

And they won’t get on the ballot. Again.