From twitter comes an unverified report – I’m assuming it’s coming via Tom Lawrence from the twitter feed for the Democrat Blog SD Standard – claiming to speak with family members of the deceased in Saturday night’s accident involving the Attorney General: 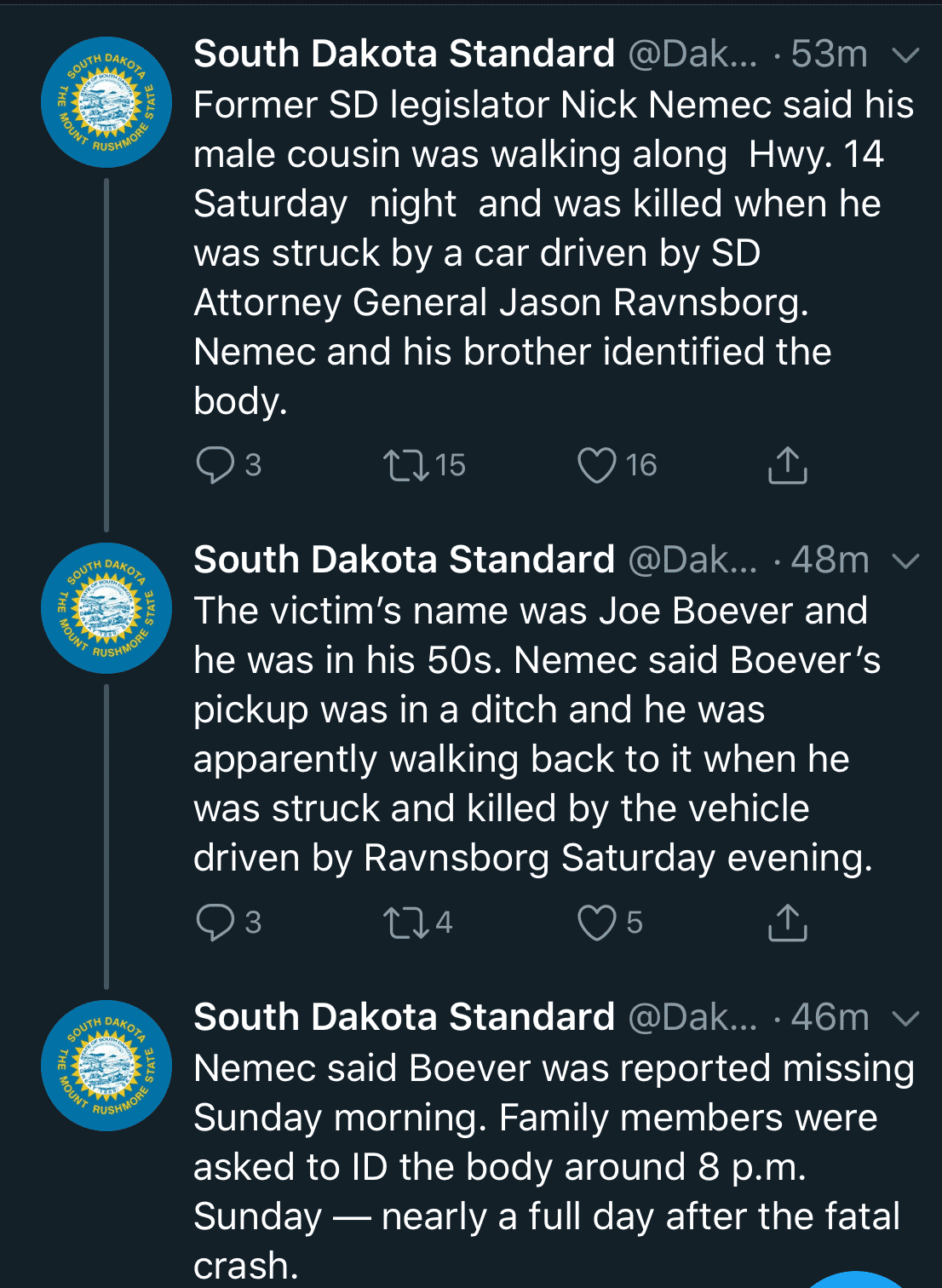 If this is the case, it seems to be what many have assumed, a tremendously horrible accident where someone was walking on or alongside the road in the pitch black of night, with the accident occurring at around 10:30pm.

Knowing that stretch of highway, there are dips and rises, and if a person was in the wrong place at the wrong time on the road as someone came over a slight hill in the highway, the results could be an unforeseen tragedy.

An official report is said to be released yet today.

Update – there’s more on this story at the Argus Leader.

Victor said he and his cousin planned to fix Boever’s white Ford pickup Sunday morning, but at some point in the evening, Boever decided not to wait and began walking to his truck.

That’s when he was killed while walking along Highway 14 west of Highmore. Nick Nemec, Victor’s brother, is a former Democratic state legislator and party delegate who ran unsuccessfully for the Public Utilities Commission in 2012.