Word is this Friday afternoon that the Argus Leader is continuing it’s slow implosion after they have shut the presses down and moved them to Iowa. 

This afternoon, Joe Sneve, arguably the best political reporter they’ve had in some time, announced his departure on Twitter. 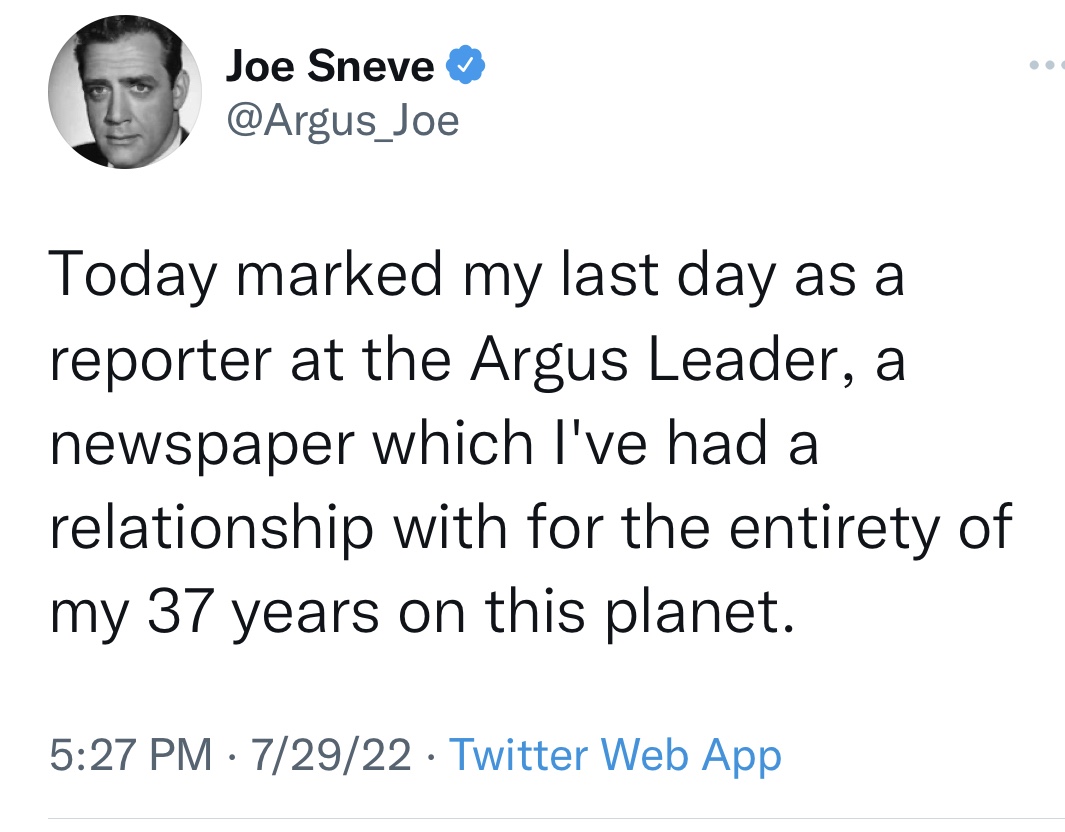 Also hearing word via the grapevine that he’s not the only person departing, and another well known name in the news division is leaving as well.

(Update..) The word is that Jonathan Ellis, the Argus’ other decent political reporter, is also leaving, and the pair will be going into business together, producing a political newsletter.

We’ll see what the state’s largest paper (as printed out of state) is going to be left with when the dust settles.

7 thoughts on “Sneve & Ellis out at Argus. What’s going to be left in terms of actual reporting?”