State legislators make sure you remember that you need to vote against the budget every time. Or Citizens for Liberty are going to give you a liberal blue mark!

You can groan now. It’s that time of the year again.  Faux-conservative group Citizens for Liberty just issued their annual cherry-picked scorecard for the 2019 State Legislative Session. 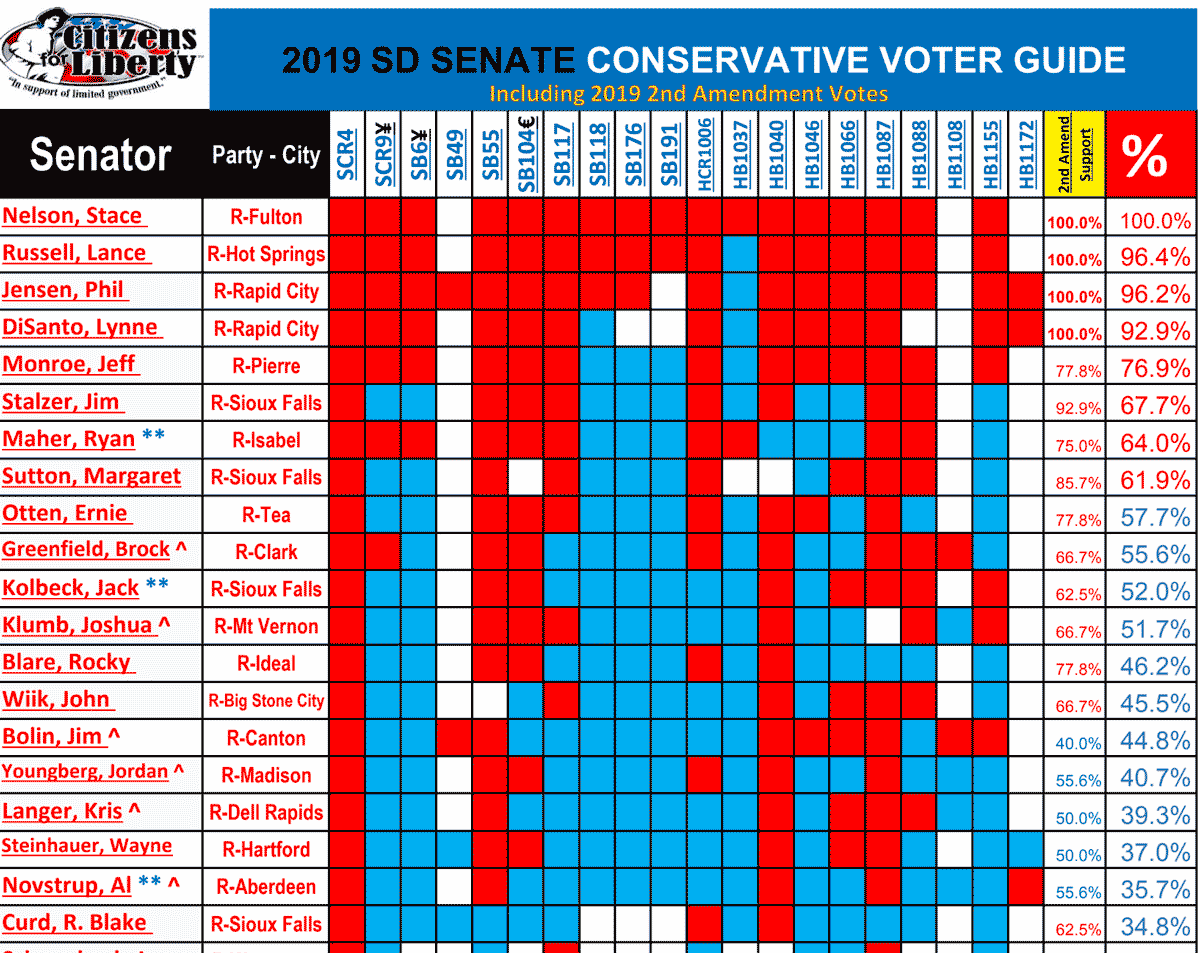 Who would have thought Jim Bolin, Al Novstrup, and Jordan Youngberg were liberals? Or that Citizens for Liberty would attack Republican Senate Majority Leader Kris Langer as conservative only 39.3% of the time.

But, what else would you expect from the Pizza Ranch outlaws?

Just as in previous years, they’re full of beans, as my mother would say.  Because again, at the same time they’re attacking legislators they want to label as liberals, the group completely failed their own cherry-picked scorecard based on their same criteria for who is conservative and who should be considered a liberal.

Looking at the bills they ranked versus the bills they actually appeared to testify in committee on, in 2018, they got 11.5% on their own scorecard, ranking them lower than the lowest ranked Senator.  So, how did they do in 2019?

Citizens for Liberty actually scored lower on their 2019 card than they did in 2018 for legislation (basing it on which bills they actually bothered to appear and testify on), achieving a score of only 10%, somewhere between Liberal Democrats Reynold Nesiba at 12% and Craig Kennedy at 6%.

Regular readers know that in the few years that this scorecard has been issued, it has never been one to take seriously. The bills that comprise it are ridiculously cherry-picked to the benefit of those producing it.

If you vote against Right to Life then you cast a liberal vote? Only to the Citizens for Liberty.

The scorecard is mainly designed to give their supported candidates and allies something to put on campaign material for voters who don’t care or know any better.

We’ll see the fake rankings brought up in primary election attack ads this next year, just to be quickly forgotten after that.

Because otherwise it’s not memorable enough to do anything more than mock the group’s hypocrisy.

9 thoughts on “Citizens for Liberty fails it’s own cherry-picked scorecard again, scoring 10% for bills they bothered to testify on.”